THIS PLACE IS INTENTIONALLY LEFT BLANK

The new shining landmark on Nordwestbahnstraße will be ceremoniously inaugurated with an artist talk on location. The light installation reading THIS PLACE IS INTENTIONALLY LEFT BLANK, conceptualised by artists Frida Robles and Lasse Mouritzen was installed on the façade of brut nordwest in May this year. The project was realised with financial support from KÖR Kunst im öffentlichen Raum Wien (‘art in public spaces in Vienna’) and shines over the adjoining wasteland of the North-Western Railway area. 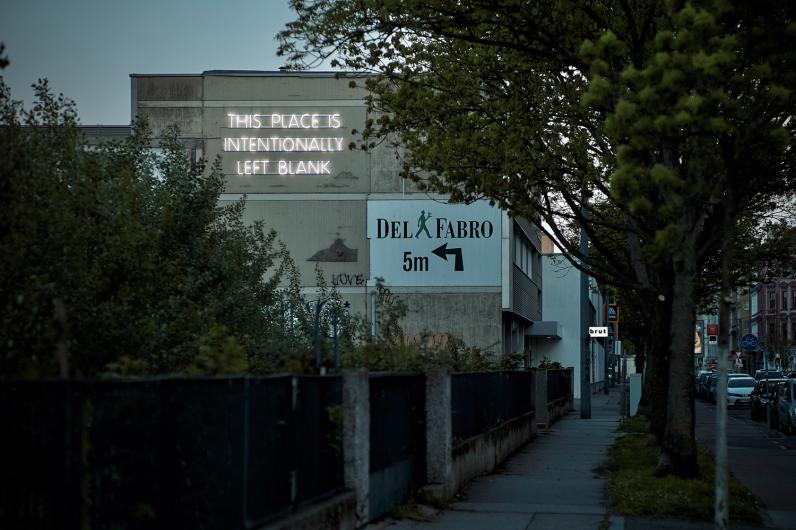 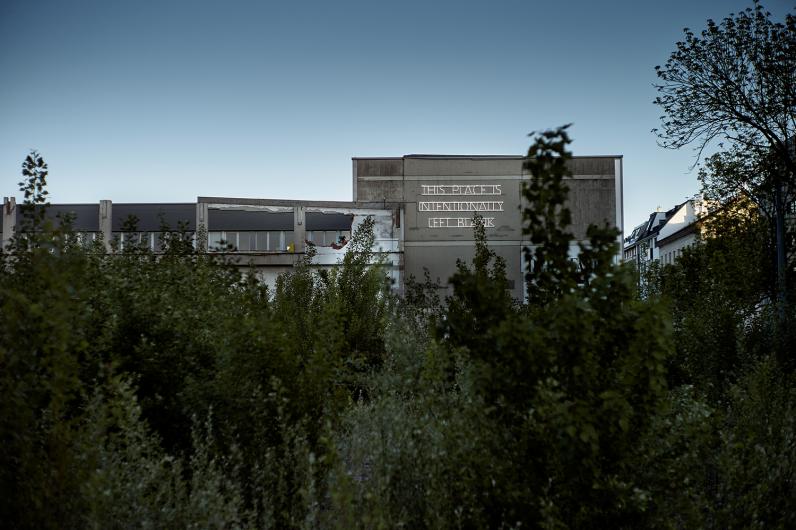 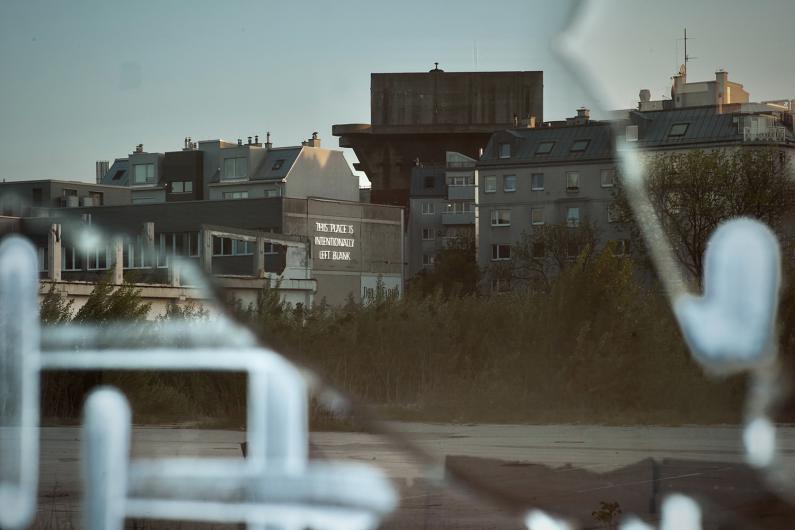 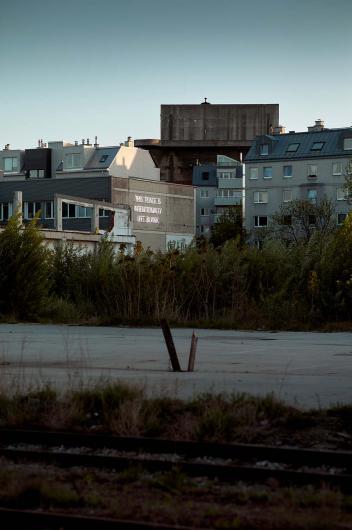 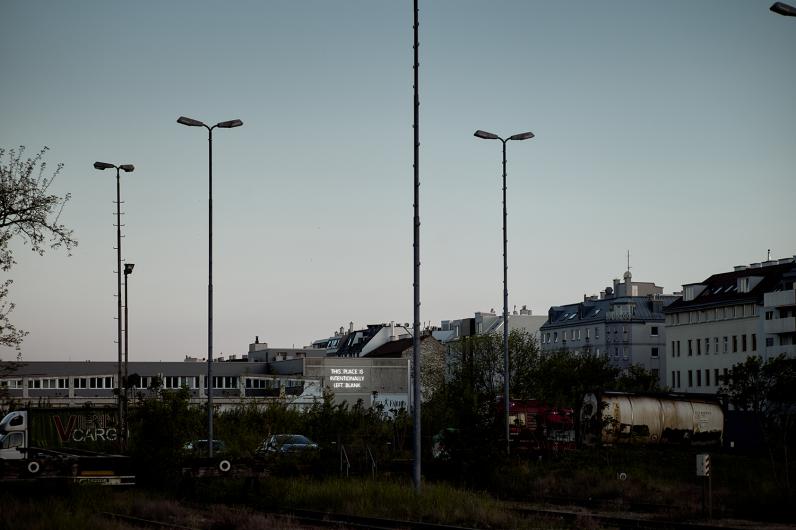 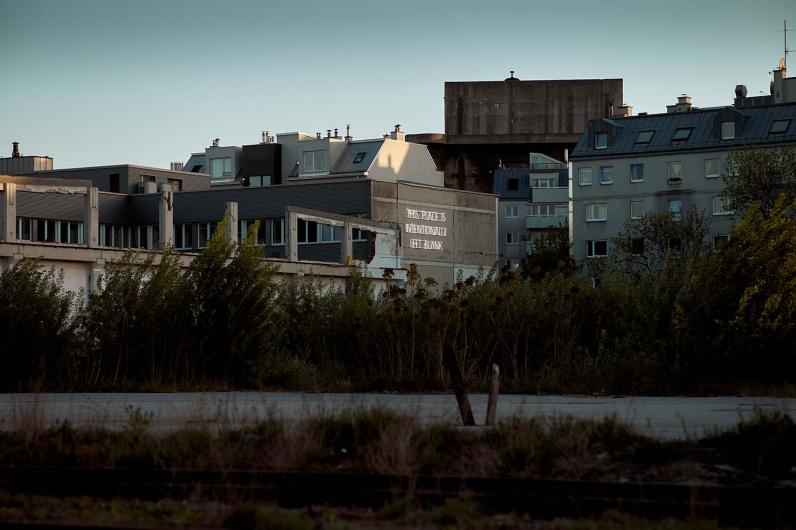 Regarding the city like a story allows us to think about the various narratives each of its components relate. Everyday life is being written and re-written by city dwellers, urban planners, government institutions, weather conditions, traffic, animals and many more. And like every story requires breaks for readers to think about and trace the unfolding narrative, a city needs empty spaces exempt from urban planning: spaces that remain undecided, undetermined, and evolving, and that are open for new narratives, leaving space for imagination, uncertainty and immediacy and allowing the city to breathe between the definite and the indefinite.

THIS PLACE IS INTENTIONALLY LEFT BLANK is a poetic gesture dedicated to the conviction that unused spaces are essential conditions for a city culture to be diverse, alive and democratic rather than a mere tool for capital investments and urban growth. By claiming an urban void as an ‘intentional blank space’, Robles and Mouritzen intend to stress the inevitable correlation between poetic possibilities, strategic planning, and capital interests.

Lasse Mouritzen is a Danish artist and curator based in Copenhagen, whose practice is focussed on public spaces and urbanisation.

Frida Robles is a Mexican artist and curator based in Vienna, who focuses on the intersection of performativity, space, and visual art.