AIRY MATTERS is a gentle tribute to the female perspective and a quiet contemplation on the seemingly empty space around us. At brut nordwest, a former industrial building, Andrea Gunnlaugsdóttir creates an installation in which she displays her experimental short film AIRY MATTERS which was made during lockdown. 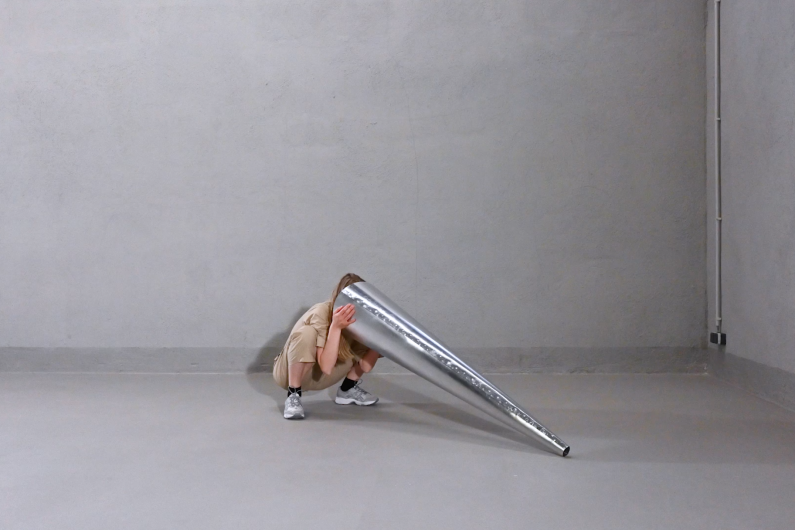 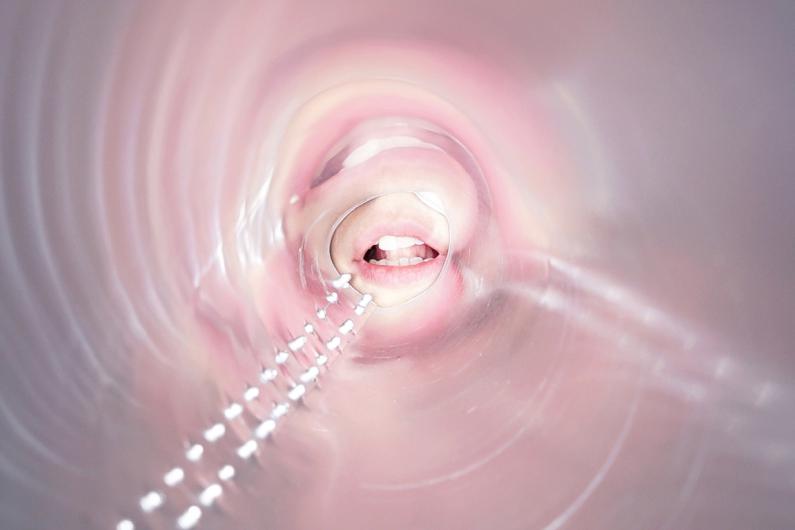 In 1983, feminist theorist Luce Irigaray wrote The Forgetting of Air in Martin Heidegger. In this book, Irigaray brought together traditions of western philosophy in a new context, focussing on the one element most male philosophers “forgot”: air. In order to counterbalance this philosophical legacy and reverse both the exclusion from, and the rather sketchy inclusion of, women in philosophy, Irigaray proposed an altogether new philosophy: a philosophy of breathing.

Gunnlaugsdóttir sees the “empty” landscape as a potential field of intelligence. The invisible becomes visible once things begin to untangle in a space that initially appears to be empty. A landscape is created by interactions between the breathing body and the objects. A space is woken up by the vibrations of sounds in subtle dialogue with the unravelling of events.

Andrea Gunnlaugsdóttir, born in Reykjavík, Iceland, is a choreographer, dancer and performer who lives in Vienna. She studied choreography at the Salzburg Experimental Academy of Dance. Gunnlaugsdóttir presented her works in Austria and abroad. In 2018, she was invited to Beijing by the local Austrian Cultural Forum with her solo piece Blank Blank. Andrea has collaborated with many Vienna-based artists, including Doris Uhlich, Michikazu Matsune, Alix Eynaudi, Andrea Maurer, and Veza Fernández. Most recently, she worked with Costas Kekis and Anna Prokopová on the show Knuckles into Clouds that had its world premiere at Tanzquartier Wien in 2019. In 2015, Andrea Gunnlaugsdóttir received the Federal Chancellor’s Office’s START scholarship.

"Andrea Gunnlaugsdóttir [...] exudes a cool stage presence that I cannot escape. No matter what she does [...], Gunnlaugsdóttir is fully present, involved, a young woman and dance body at the same time. Captivating, compelling." (tanzschrift.at)

A co-production by brut Wien and Verein Eyjafjallajökull. With the kind support of the City of Vienna’s Department of Cultural Affairs and the Austrian Federal Ministry of Arts and Culture, Civil Service and Sport. Supported by the Raw Matters residency programme.

THIS PLACE IS INTENTIONALLY LEFT BLANK

Presentation of the light installation


exact location will be revealed after the registration