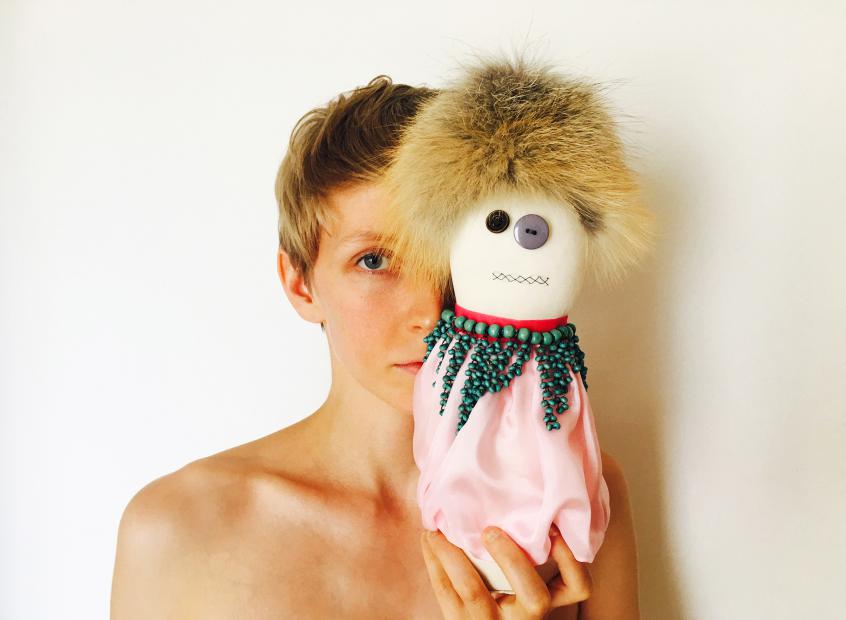 (born in Reykjavík in 1988) is a dancer, performer and performance maker. She studied dance at the Dance Academy of Reykjavík and the Northern School of Contemporary Dance in England. She further studied dance and choreography at the Salzburg Experimental Academy of Dance, which she graduated in 2014. She is currently based in Vienna. Andrea works between dance and performance often combining movements and narrative stories. Her recent solo-performances „Blank Blank“ and „Out of my mind“ were presented at brut Wien. Both works are built with a recollection of her experience and memory as a child and youth. As a dancer and performer, Andrea has collaborated with choreographers including Doris Uhlich, Alix Eynaudi and Andrea Maurer. Andrea has also performed in the works of the Japanese-Austrian artist Michikazu Matsune and has worked as his artistic assistant since 2015. Andrea received a scholarship from the Start Stipend of the Austrian Federal Chancellor’s Office in 2015.