Vanishing point, body, depth distortion. Three dancers enter Giotto’s Corridor in the most recent project of Viennese choreographer Georg Blaschke and media artist Jan Machacek. They arrive at an elusive refuge, where spatial structures and bodies overlap, and the rules of perspective appear to dissolve again and again. Giotto’s Corridor is inspired by the ground-breaking oeuvre of Italian painter Giotto, who paved the way for spatial perspective in painting and remains a major influence on our art and perception to date. 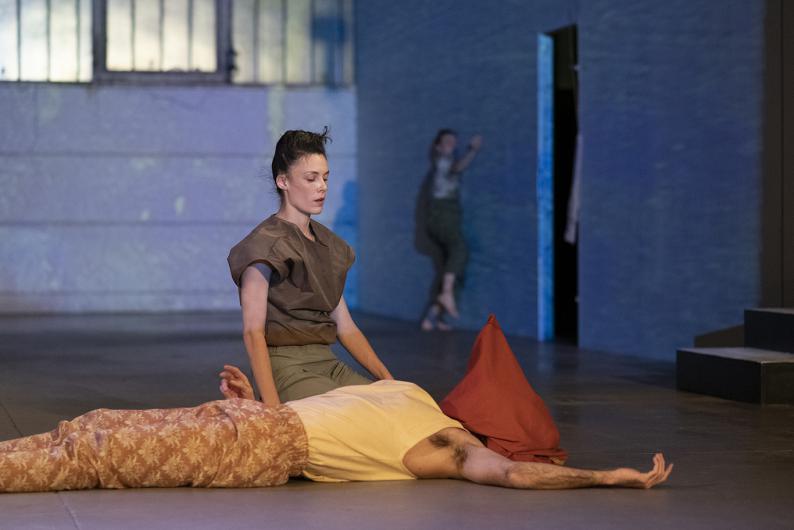 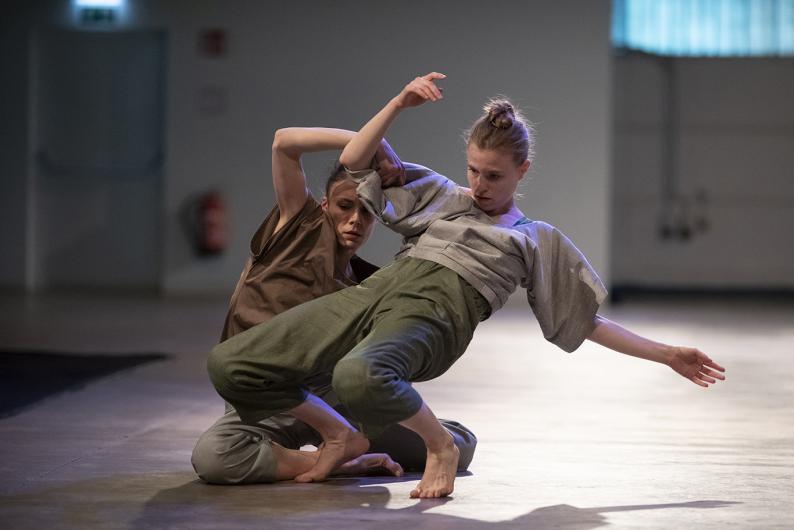 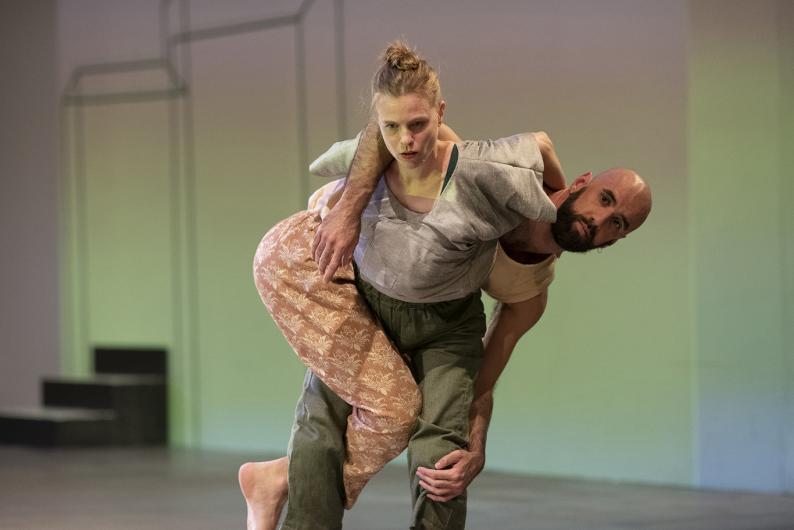 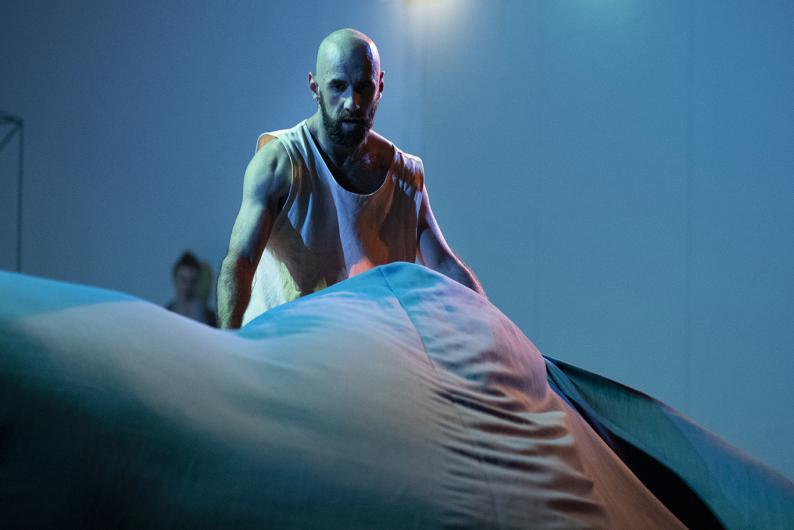 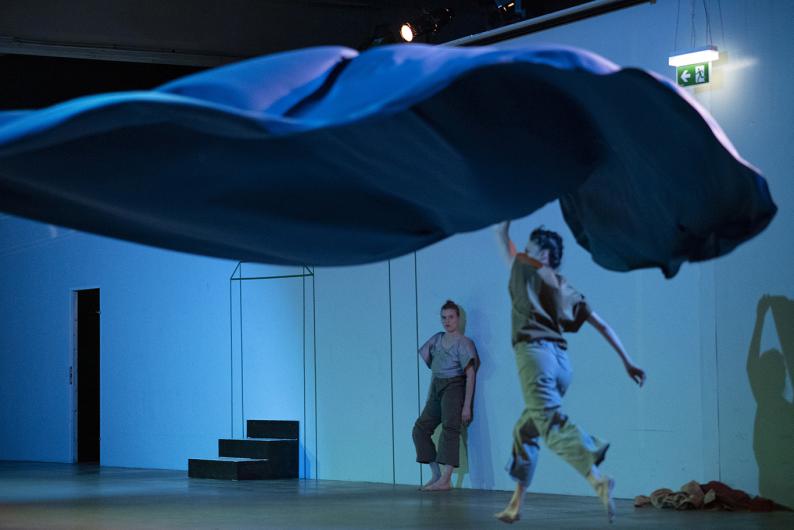 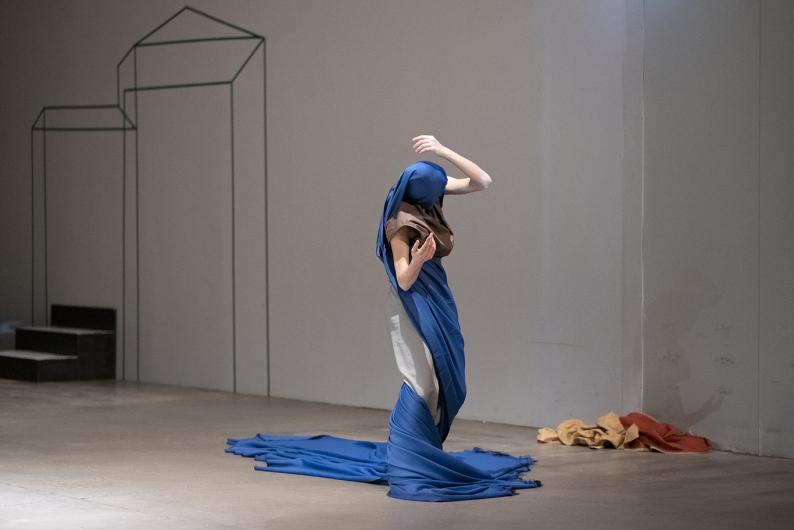 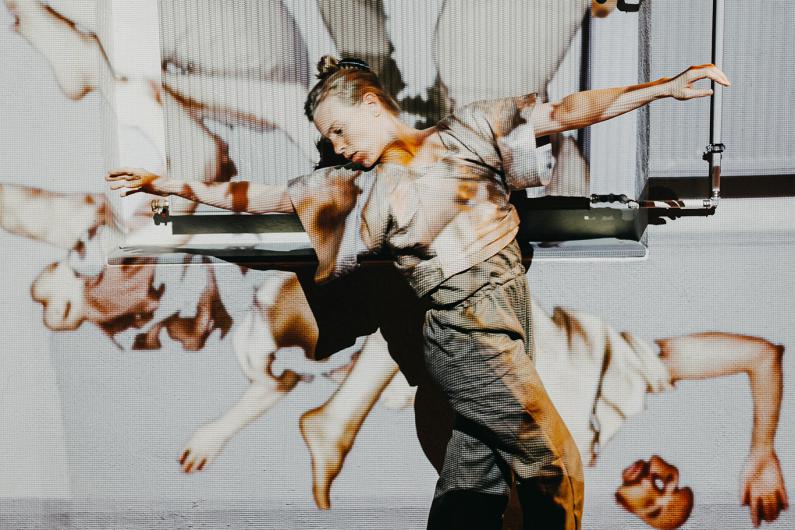 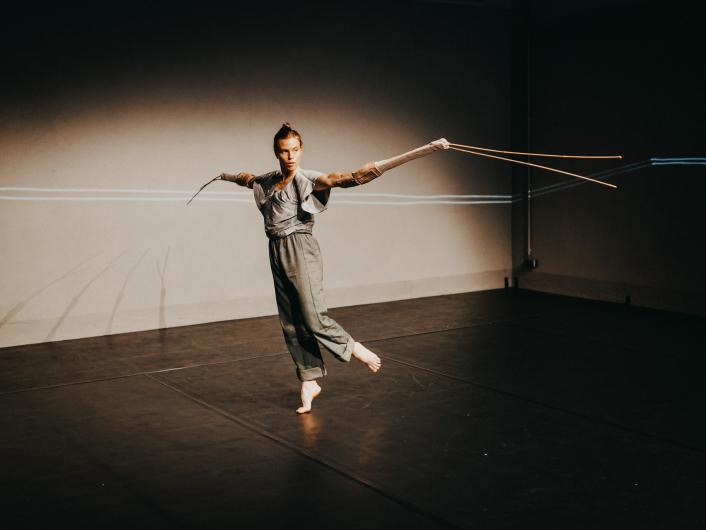 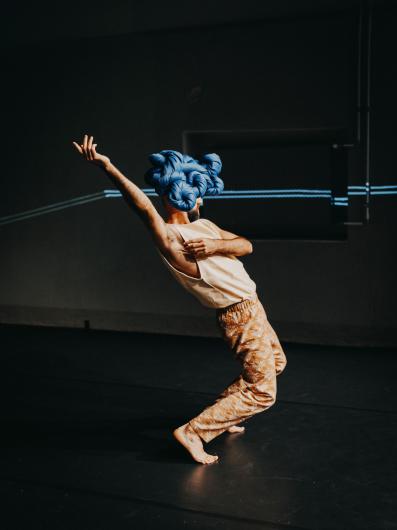 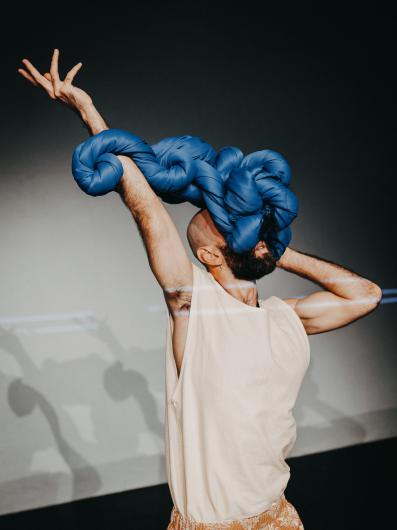 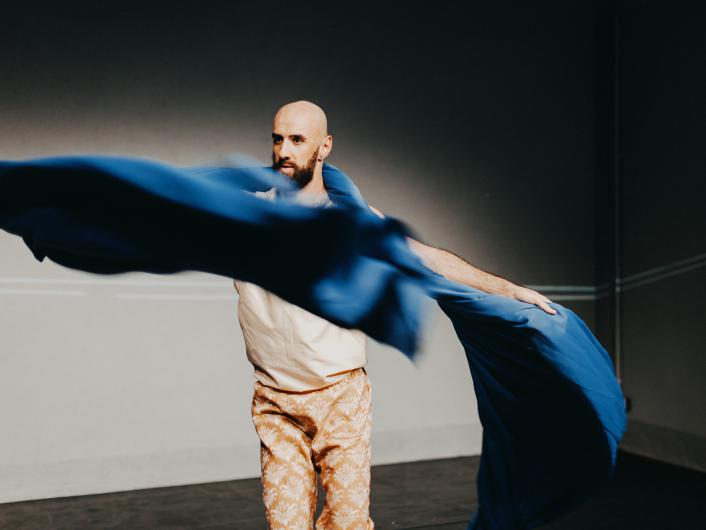 Giotto di Bondone (c.1276–1337) revolutionised the art of his time by overcoming two-dimensional representation. He experimented with foreshortening landscapes and buildings and gave his human bodies plasticity; his novel way of depiction informed not only Renaissance painting, but also our western view of the world. Seeing as the mathematical axioms of projective geometry had not been developed during his age, Giotto worked with a “provisional perspective” that sometimes leads into a world of illogical perspectives.

How does distorted depth perception effect the body, body portrayal, and the dramaturgy of bodies? To answer this question, Georg Blaschke and Jan Machacek in Giotto’s Corridor create new kinds of design principles at the intersection of physical performance and video-based intervention. Their signature projection technique draws on the motif of “false” spatial perspectives in Giotto and manipulates the spatial co-ordinates and the usual depth perception, thereby allowing spectators to delve into a razzle-dazzle both visual and choreographic in nature.

Georg Blaschke lives in Vienna’s Seestadt and works as a freelance choreographer, art producer, and dance performer. As a lecturer for contemporary dance training, he teaches at festivals, schools of higher learning and conservatories for dance and performing arts. His specific method of teaching typically includes the somatic practice associated with his respective projects. Recent productions have been informed by the evolutionary history of animal and human bodies and the way they are represented in visual art. Most of them are devised as interventions especially for unconventional performance spaces. Blaschke’s choreographic language emerges from the close interaction between movement research, video, light, costume, and sound design.

Jan Machacek is a media artist and performer. As space, body and projection overlap in his stage work, he is driven by questions of individual agency in a reality dominated by audio-visual media and information. Machacek’s pieces were presented, among other places, at Wiener Festwochen, Marstall (Munich) and Museo Chopo (Mexico City).

""Movement research" is what Blaschke calls his working method, which always deals with the textures of the human body and its deformations in an impressive way. Machacek describes his accompaniment of the investigations of the stage partner as a "gaze regime"." (Wiener Zeitung)

"Blaschke's body work has a lot to do with the fine arts, to which his love also belongs. The visual arts serve him as a source of inspiration and connects him with Jan Machacek." (Die Presse)

A co-production by M.A.P. Vienna – Movement Art Programmes and brut Wien. With the kind support of the Department of Culture of the City of Vienna and the Federal Ministry for Art, Culture, Public Service and Sport.

PoLy-Mirrors /a re-performance of feminine diagonals/