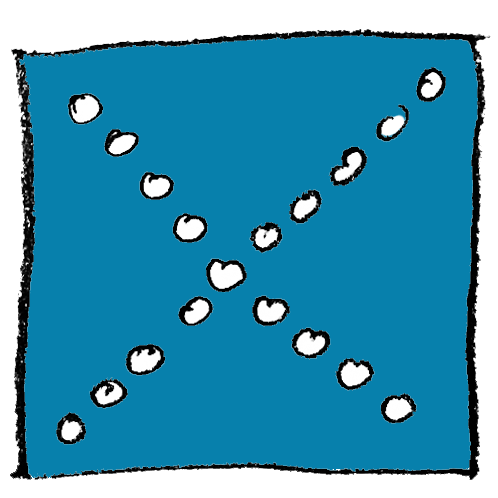 “Assemblism” is a term used by Dutch artist Jonas Staal to describe the role of art, performance and theater in the performative assembly of mass protests and social movements, which is central to his own artistic work. US-American political theorist Jodi Dean on the other hand emphasizes in her writing that social movements need to be translated into a new communist party if they want to become sustainable. So, what is the potential of art in not only investigating or inventing new forms of assembly but also in contributing to the process of transforming them into sustainable organizational structures? And how do recent political mobilizations – from anti-mask-demonstration up to the storming of Capitol Hill – change an often romanticized view on the assembling of bodies in space? 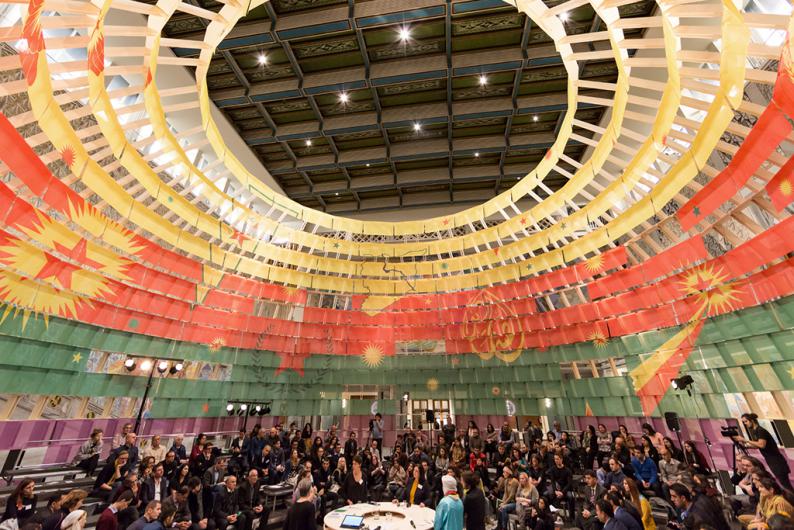 Florian Malzacher is a curator, dramaturg and writer. 2013-2017 he was artistic director of Impulse Theater Festival (Cologne, Dusseldorf and Mulheim/Ruhr), and 2006 - 2012 co-programmer of the multidisciplinary arts festival steirischer herbst (Graz). He (co-)curated e.g. the 4th and 5th International Summer Academy (Mousonturm Frankfurt, 2002 and 2004), “Dictionary of War” (2006/07), “Truth is concrete” (Graz, 2012), “Artist Organisations International” (HAU Berlin, 2015), “Appropriations” (Ethnological Museum Berlin, 2014), “Sense of Possibility” on the occasion of the 100th anniversary of the revolution (St. Petersburg, 2017), “Training for the Future” (Ruhrtriennale 2018/19 with Jonas Staal), “After Supervising the Machinery” (2020). As a dramaturge he worked with artists like Rimini Protokoll (DE), Lola Arias (ARG), Mariano Pensotti (ARG), and Nature Theater of Oklahoma (USA). Florian Malzacher has edited and written numerous essays and books on theatre and performance and on the relationship between art and politics. His latest publications include Gesellschaftsspiele. Politisches Theater heute im Alexander Verlag Berlin. florianmalzacher.tumblr.com

Jodi Dean is Professor of Political Science at Hobart and William Smith Colleges in Geneva, NY. She is the author or editor of thirteen books, including The Communist Horizon, Crowds and Party, and Comrade: An Essay on Political Belonging, published by Verso.

Jonas Staal is a visual artist whose work deals with the relation between art, propaganda, and democracy. He is the founder of the artistic and political organization New World Summit (2012–ongoing) and the campaign New Unions (2016–2019). With BAK, basis voor actuele kunst, Utrecht, he co-founded the New World Academy (2013-16), with Florian Malzacher he is currently directing the utopian training camp Training for the Future (2018-ongoing) and with Laure Prouvost he is co-administrator of the Obscure Union. Exhibition-projects include Art of the Stateless State (Moderna Galerija, Ljubljana, 2015), After Europe (State of Concept, Athens, 2016), The Scottish-European Parliament (CCA, Glasgow, 2018) and Museum as Parliament (with the Democratic Federation of North Syria, Van Abbemuseum, Eindhoven, 2018-ongoing). Staal's most recent book is Propaganda Art in the 21st Century (The MIT Press, 2019). Staal completed his PhD research on propaganda art at the PhDArts program of Leiden University, the Netherlands.

It matters that as bodies we arrive together in public, that we are assembling in public; we are coming together as bodies in alliance in the street and in the square. […] So this is a politics of the public body, the requirements of the body, its movement and voice. […] We sit and stand and move and speak, as we can, as the popular will, the one that electoral democracy has forgotten and abandoned. But we are here, and remain here, enacting the phrase, “we the people.” 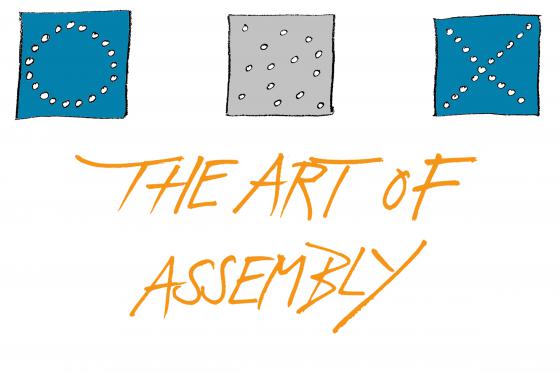