One hundred years after the birth of the Red Vienna era, the hall at the Rudolfsheim-Fünfhaus community college will turn into a venue for Sodom Vienna. In this glamourous Roaring Twenties revue, artists in the orbit of Denice Bourbon and Gin Müller offer queer takes on legendary moments, scandals and battles in the history of the Red Vienna, going all the way to the present day. Citizens of Vienna! Hear the call for socialist ideals and utopias! Marvel at exciting queer-feminist cabaret acts! At Sodom Vienna, there is but one rule: Heave-ho, take a step to the left and love! 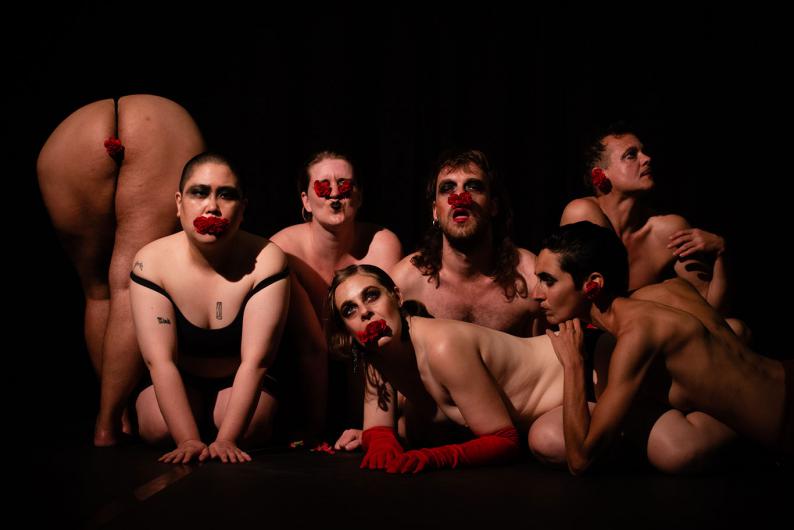 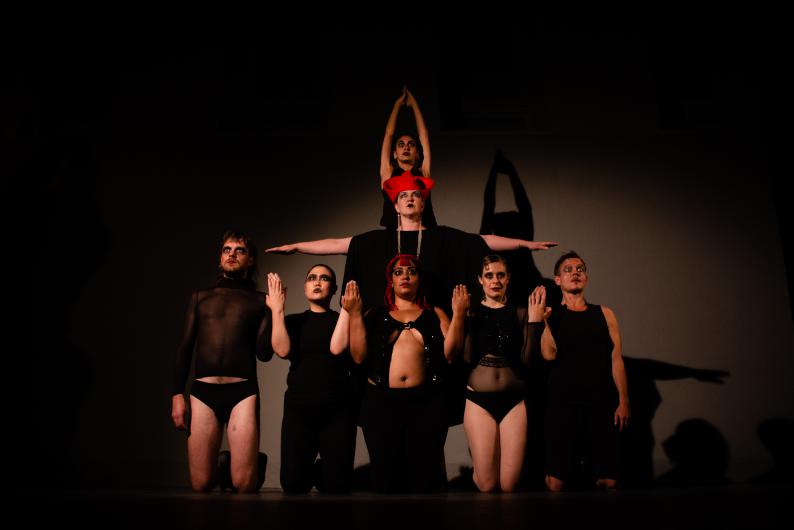 The historic 1919 election started the Red Vienna era, in which aesthetics and politics were progressive, psycho-analytic, prurient, and slippery at the same time. Red revues and staged propaganda extravaganzas stood opposite bourgeois scandals such as Anita Berber’s Tänze des Lasters, appearances of Josephine Baker and Arthur Schnitzler’s Round Dance. Filming of the gigantic silent movie Sodom and Gomorrha took place at Laaer Berg with more than 15,000 extras, combining stories from the Bible with the hedonistic reality of the 1920s. The players of Sodom Vienna will revive this time in a colourful show, as if saying: Vienna, you red Sodom, your colour stands for love and revolution, and Sodom is the city of sin, defying conventions full of lust!

Veza Fernández: performer, dancer, choreographer (featured at brut in such shows as When Eye Becomes Mouth)

Hyo Lee: artist, performer (featured at brut in such shows as Colonial Cocktail by Stefanie Sourial)

Gin Müller: dramaturge, performer (featured at brut with such shows as Dark Revolutions)

Stefanie Sourial: artist, performer (featured at brut with such shows as Colonial Cocktail)

Supported by the City of Vienna’s Department of Cultural Affairs (co-operations 2020 with Wienwoche, Sigmund Freud Museum, Institute of Theatre, Film and Media Studies and more).

Out and about featuring Sodom Vienna. On the trail of "Sodom and Gomorrha" (1922)

Cancelled on the basis of new regulation

Meeting point will be announced via Mail after registration
in German