In their interdisciplinary work, choreographer/dancer Georg Blaschke and media artist Jan Machacek have devised a creative aesthetic approach of fusing choreography, animation, video installation and sound. In their third collaboration, ani_male, the two artists strike up an intense dialogue between depictions of masculinity and of bestiality. Their poignant play on body alienation and the transition towards the other thus becomes a journey into the uncanny valley between man and animal. 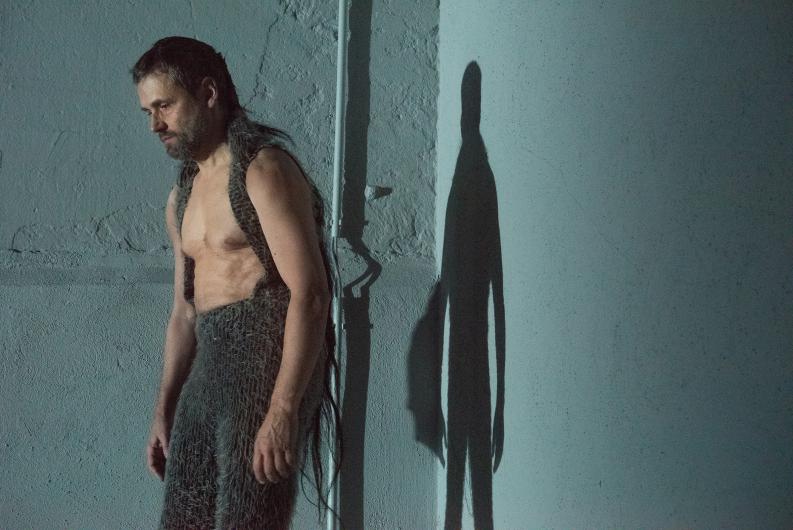 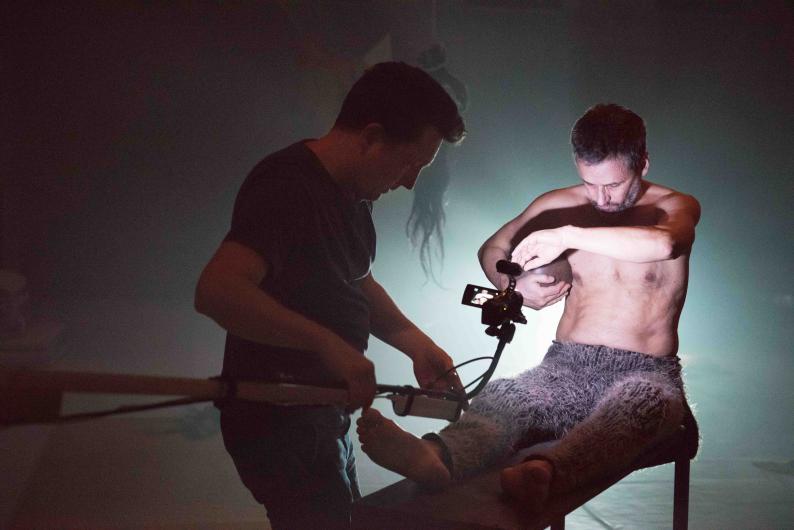 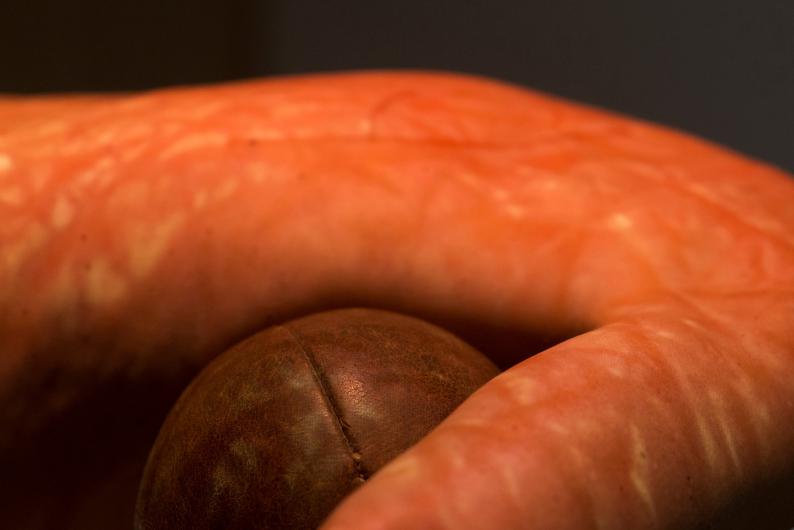 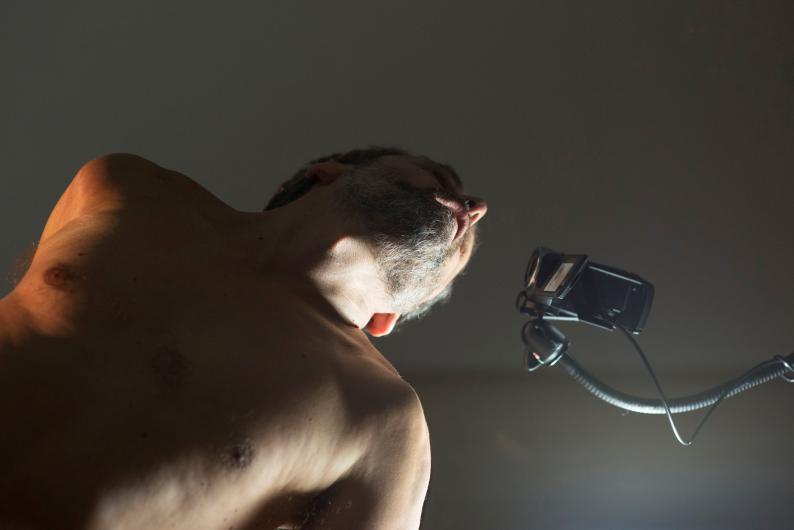 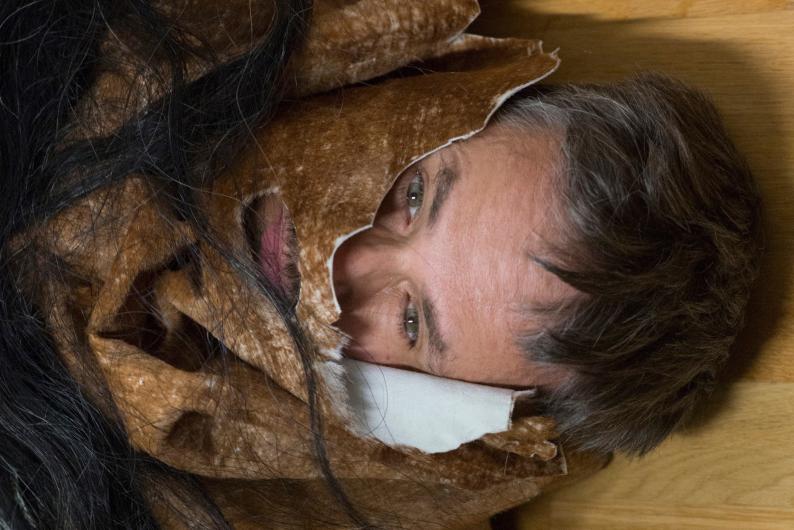 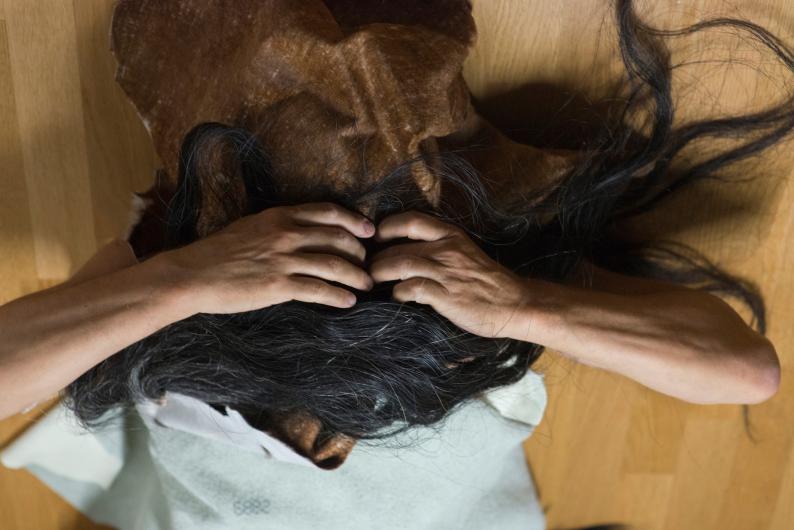 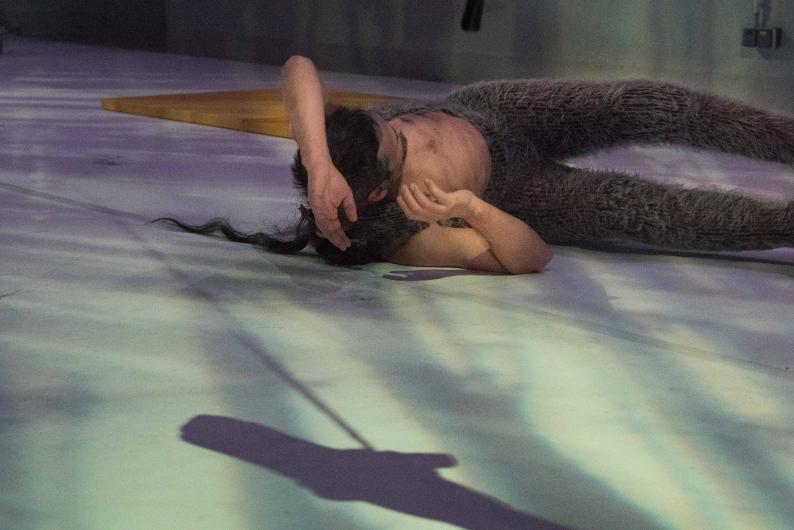 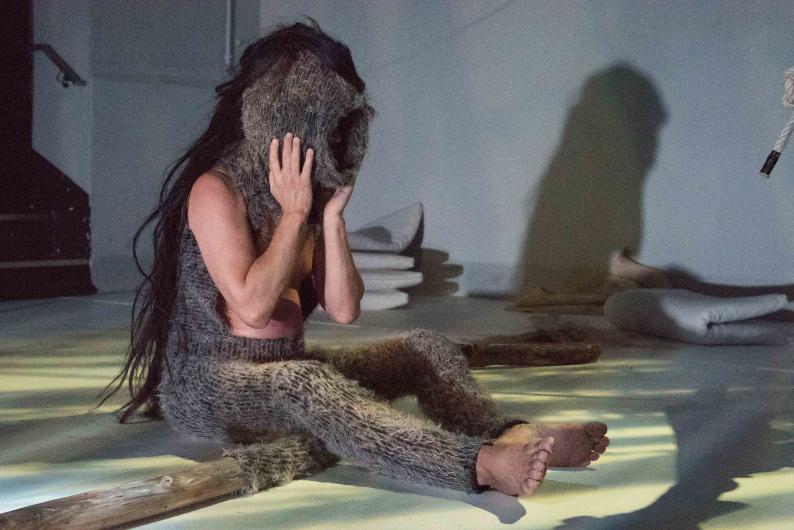 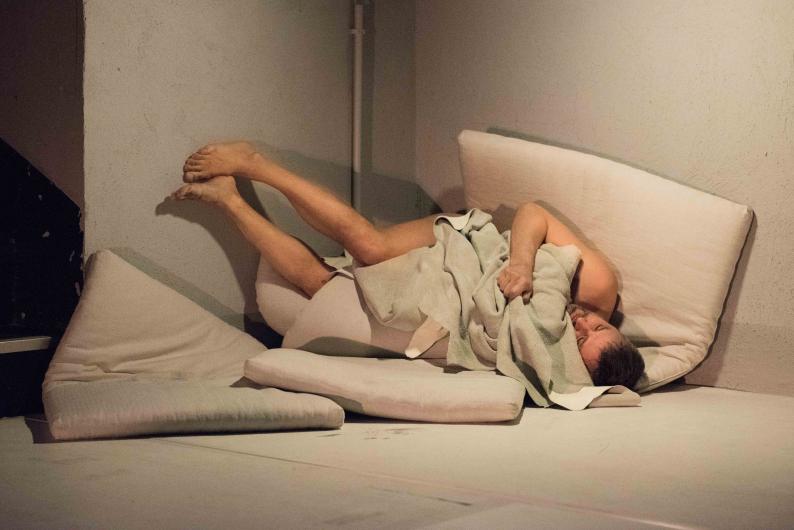 In ani_male, animated images superimpose the actual body and textures like skin, fur, leather and hair. This creates a display of body alienations that poses questions of naturality, functionality and cliché with respect to representations of men and animals. Choreography becomes the vehicle of a transition towards the Other, which is almost tangible, but needs to be kept at a distance by the voyeuristic gaze. Performer Georg Blaschke’s specifically somatic body practice unfolds in close communication with the methodical, aesthetic qualities of Jan Machacek’s media art. Sources of inspiration include the book Gehen – Laufen – Hüpfen. Die angeborene Fortbewegung des Menschen (“Walking – Running – Hopping. Man’s Natural Locomotion” after Max Thun-Hohenstein, Daniel Spoerri’s collage of objects Figure humaine comparée avec celle du singe from the Carnaval des Animaux series and the essay Tier werden (“Becoming an Animal”) by Teresa Präauer.

On February 24th the show will be followed by an artist talk.

Georg Blaschke is a choreographer, dancer and lecturer for contemporary dance. As a producer of his own works over several years, he has developed and presented a unique choreographic language in various formats and collaborations. His recent works are strongly influenced by motives and stylistic devices from visual art. Most recently, the brut programme featured his piece Bodies and Accidents. An Artistic Response to the Work of Francis Bacon.

Jan Machacek studied sculpture and set design and works at the intersection of media art and performance. His performances and short films have toured many venues and festivals. Most recently, Machacek was involved in Ghost Times, the first part of the two-year the que_ring drama project, in collaboration with Gin Müller.

A co-production by M.A.P. Wien and brut Wien.

With the kind support of the City of Vienna’s Department of Cultural Affairs and the Austrian Federal Chancellor’s Office.

On February 24th the show will be followed by an artist talk. 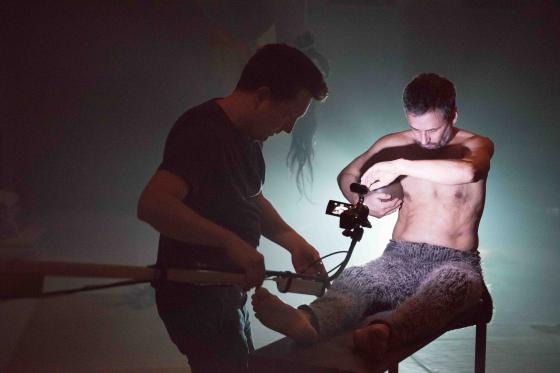 Juraj Bako, student of Digital Arts at the University of Applied Arts in Vienna, adresses his letter to something we all have more or less in common – hair. Inspired by Georg Blaschke & Jan Machacek – ani_male