In his new performance, Simon Mayer explores various states of ‘movement’. What moves us? What do we move? What does it mean to be moved – emotionally, physically, mentally? What is the significance of letting go and succumbing to the present moment? Simon Mayer and sound designer Pascal Holper venture to examine the manifold manifestations of a universal folk dance stemming from freedom and self-determination. 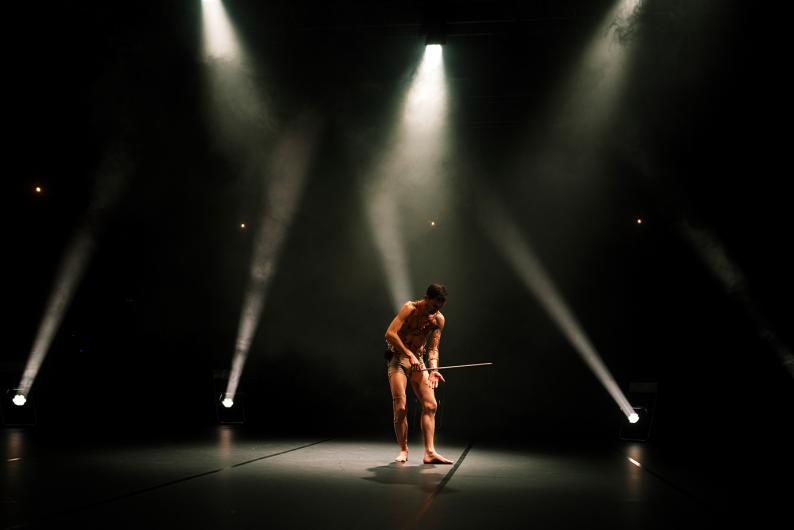 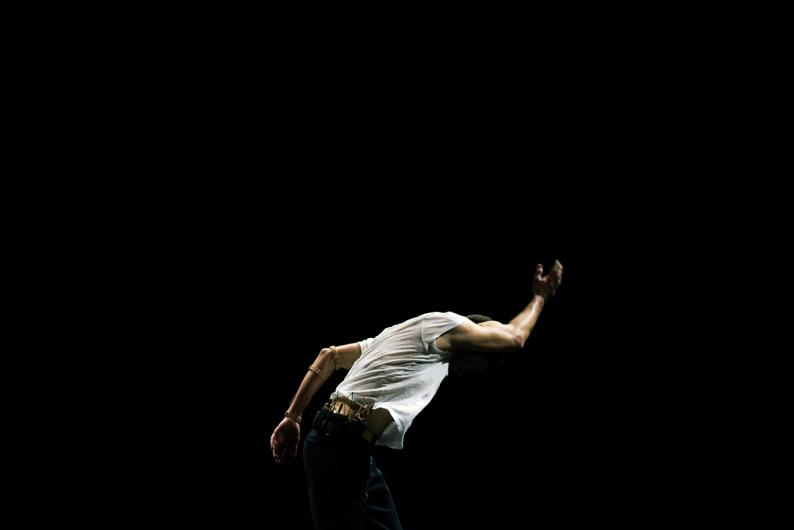 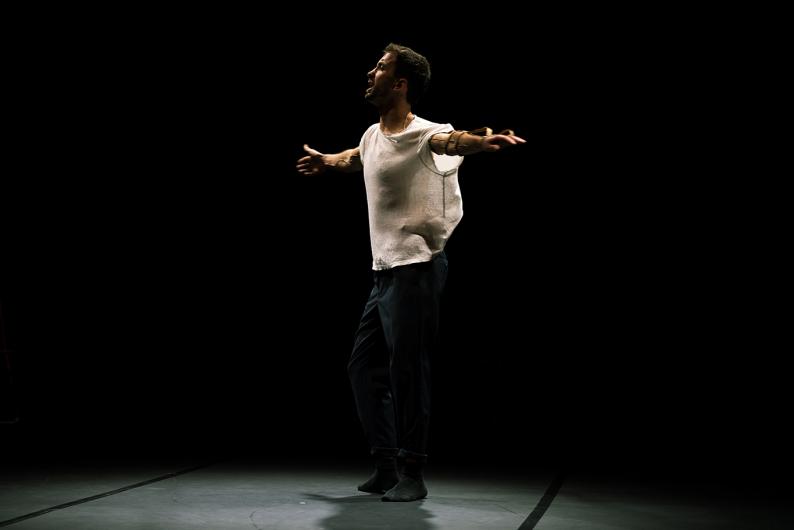 Being Moved is a performance of transgression and transformation that makes us plunge into the unknown, as movement becomes sound and vice versa; a dance inspiring us to tap our full potential of expression based on spontaneous creativity rather than hard rules; a dance that takes humour seriously and explores what makes us move and what moves us. In celebration of our imagination, Simon Mayer shares the stage with (in)visible actors, who will examine what we perceive as reality, what we believe and what we feel.

The performer, dancer, choreographer and musician Simon Mayer studied at the Vienna State Opera’s ballet school and at P.A.R.T.S. in Brussels. He used to be a member of the Vienna State Opera Ballet and appeared in productions by Anne Teresa De Keersmaeker/Rosas, Wim Vandekeybus and Zita Swoon. His choreographic repertoire includes solos, duos and group pieces that are being performed on an international level. Mayer received the Federal Chancellor’s Office’s outstanding artist award in 2017 and the Appreciation Award of the Province of Upper Austria in 2018. He is also the curator and co-curator of several festivals, teaches traditional dance and other subjects and gives workshops on what he calls “Folktrance”. Moreover, he is a guest lecturer at the Music and Arts University of the City of Vienna, the Frankfurt University of Music and Performing Arts, and RITCS in Brussels.

"Choreographer Simon Mayer is the shaman of the local dance scene, his wild, ecstatic evenings show what strength lies in the body, but also in the collective experience of going to the theater." (Der Standard)

With the kind support of the City of Vienna’s Department of Cultural Affairs and the Federal Ministry of Arts, Culture, Civil Service and Sport.

In collaboration with Kunstenwerkplaats, Dans in Brügge, STUK.

World premiere
in German and English