Dance meets visual art in THE SCORE. Projected onto the floor, the minimalist black-and-white drawings by artist Aldo Giannotti create a choreographic score and movement guide. Karin Pauer, known among other things from her work in the performance company Liquid Loft, designs an artistic and social field for experimentation between art and choreography, joined by dancers Lau Lukkarila and Arttu Palmio. 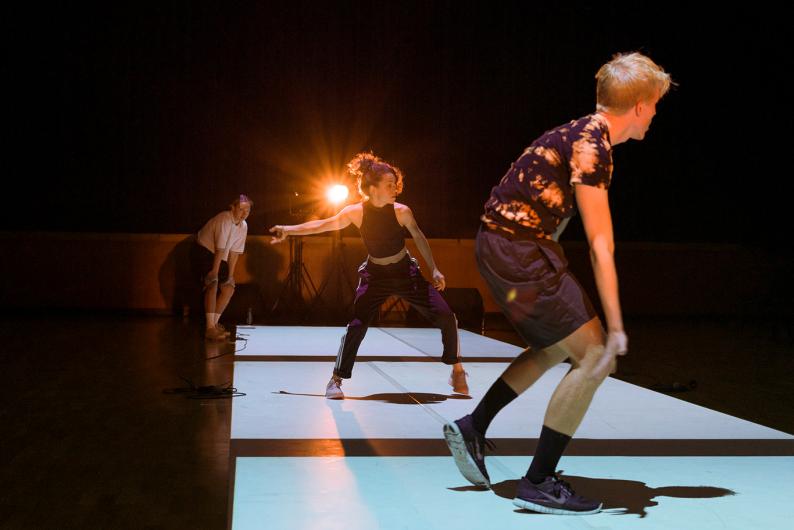 in the front: Arttu Palimo, in the middle: Karin Pauer, in the background: Lau Lukkarila 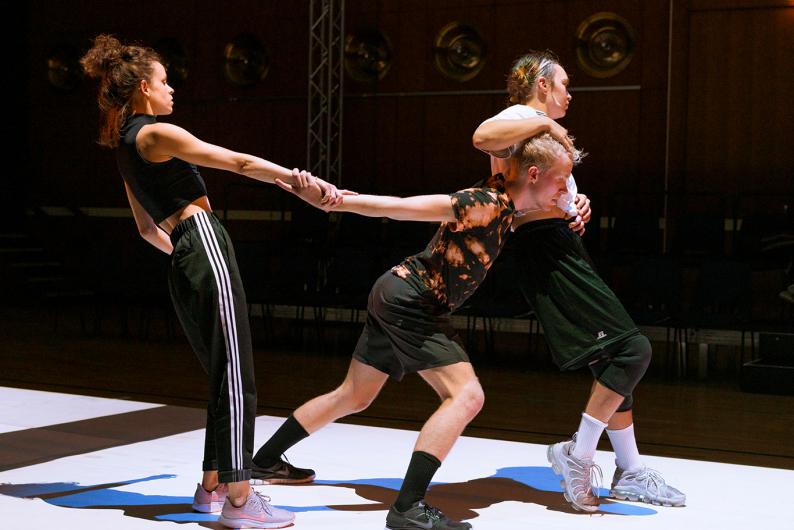 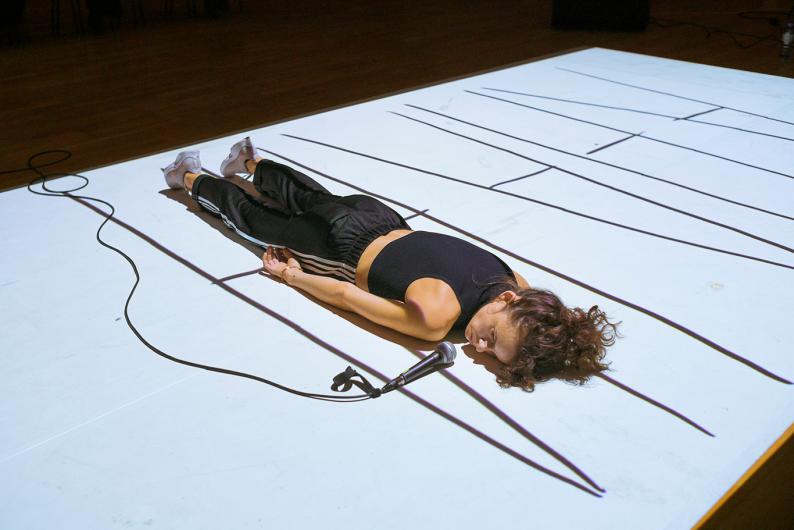 on this picture: Karin Pauer 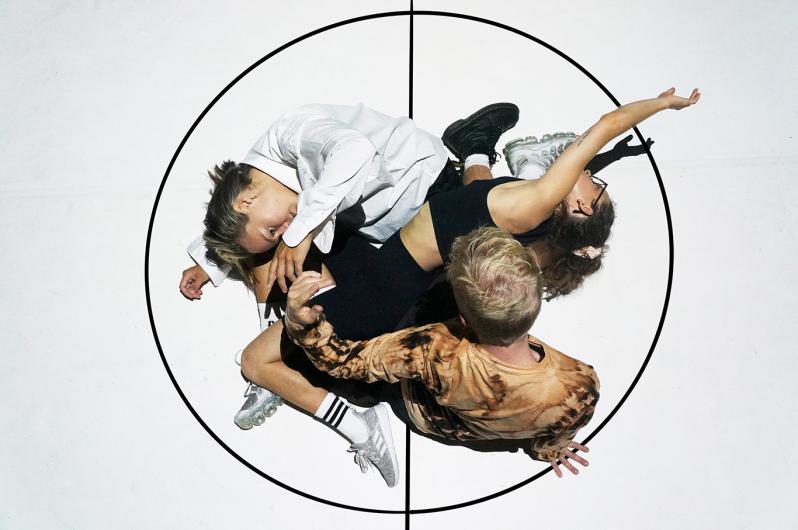 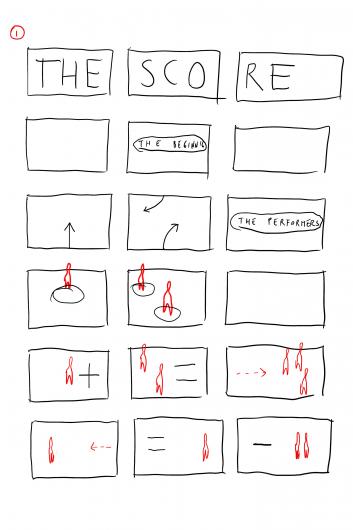 Aldo Giannotti’s black-and-white drawings reveal the “constructedness” of THE SCORE, while at the same time providing moment-by-moment guidance as to how to act within the piece. The artists use this score to include the audience in a process-based experience, asking what moves a society and how social ties, solidarity and alternative forms of encounter may look, as there ensues a complex interplay of visual and embodied concepts, sounds and lines, imagination and reality, space and everybody present therein.

Karin Pauer is an Austrian performer and choreographer. Following her studies in choreography at the ArtEZ Institute in Arnheim, the Netherlands, she collaborated with choreographers, film-makes and visual artists, including Liquid Loft/Chris Haring, Davis Freeman, Mike O’Connor and Maureen Kaegi. Since 2015, she has been in a continuous working relationship with the Austria-based dance company Liquid Loft. Her own pieces have been presented at ImPulsTanz, Tanzquartier Wien, Donaufestival, Salzburger Tanztage and Paintbrush Factory in Cluj.

The Italian visual artist Aldo Giannotti has been living and working in Vienna since 2000. Drawing plays a key role in his artistic practice, as he uses it to communicate socio-political concepts. For his mostly site-specific works, he likes to employ a variety of forms of expression, such as drawing, photography, video, installation, and sculpture. Aldo Giannotti has co-operated with Albertina and mumok in Vienna, Kunsthaus Graz, and the MAMbo Museum in Bologna, Italy.

A co-production by Karin Pauer, Kunstverein Argo and brut Wien.

With the kind support of the City of Vienna’s Department of Cultural Affairs and the Federal Ministry of Arts, Culture, Civil Service and Sport.