For several years now, the female performance duo Sööt/Zeyringer has delighted their audience with shows full of subtle humour and profound witticisms. Their new work Running gag scrutinises power and gender ratios in the realm of humour: Who’s allowed to be funny, and who laughs at whom? On the lookout for female role models in the history of humour, Sööt/Zeyringer examine slapstick comedies from the 1910s, shedding a light on gender and humour at a time when the role of women was undergoing major changes. 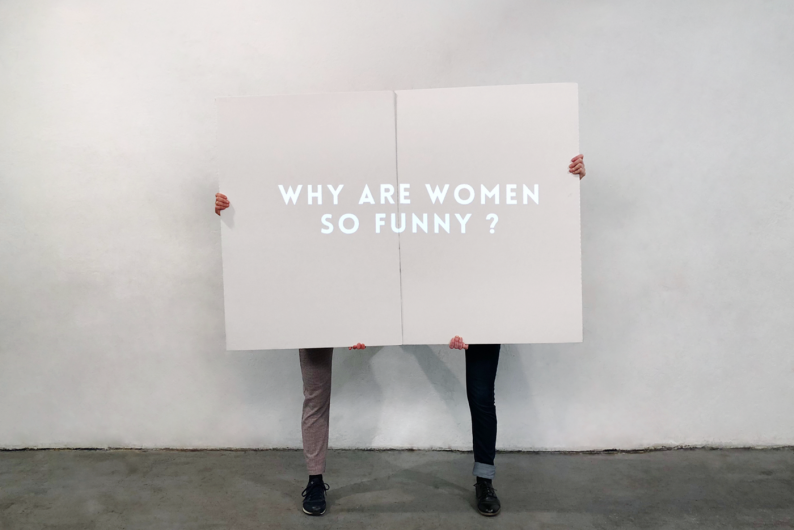 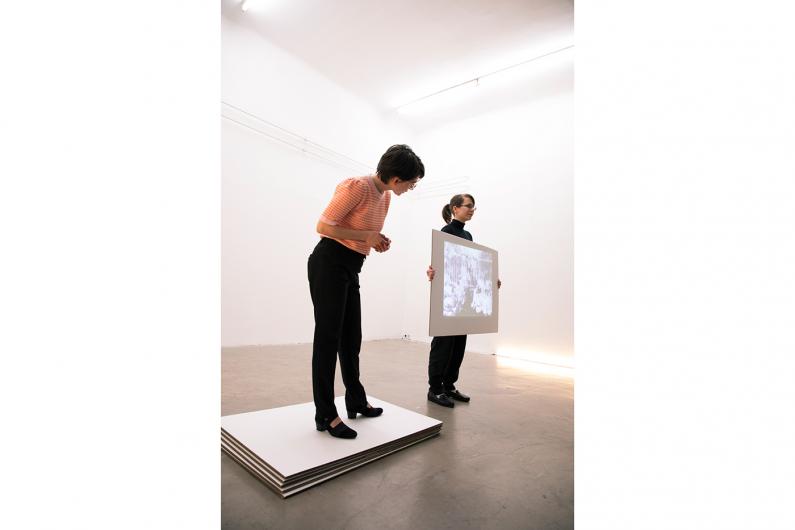 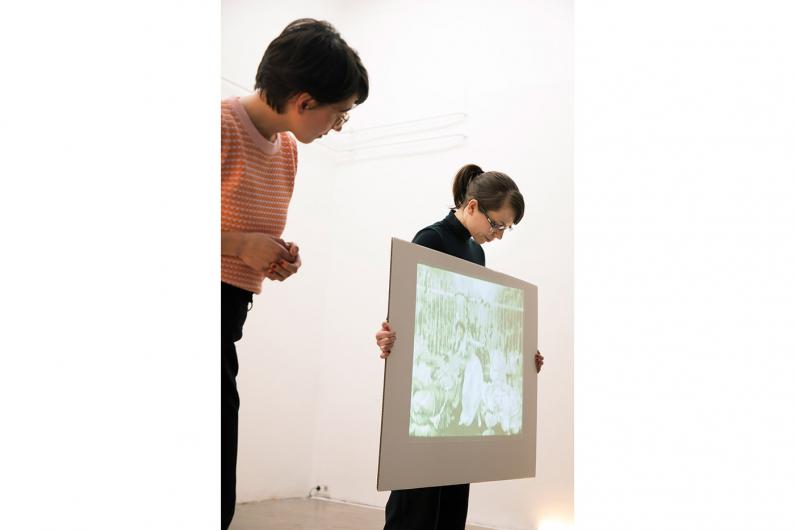 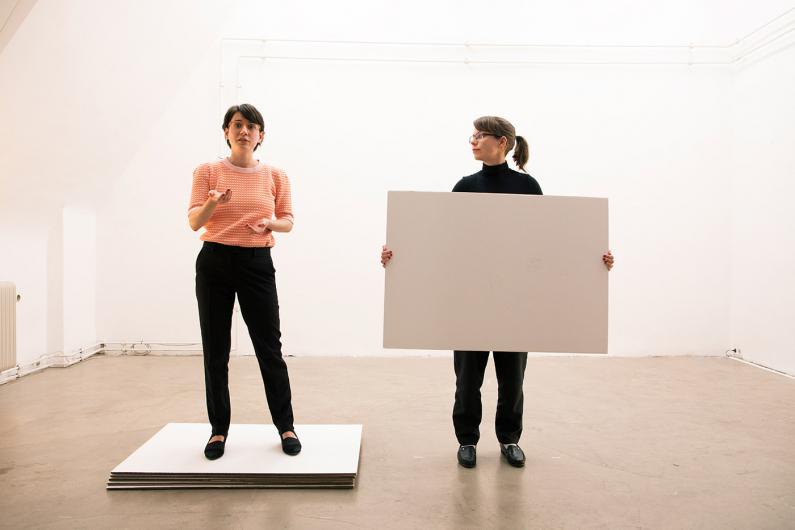 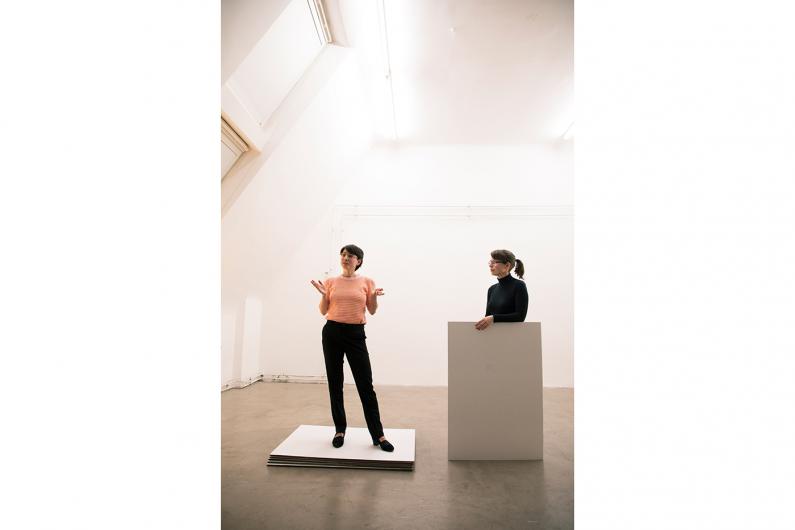 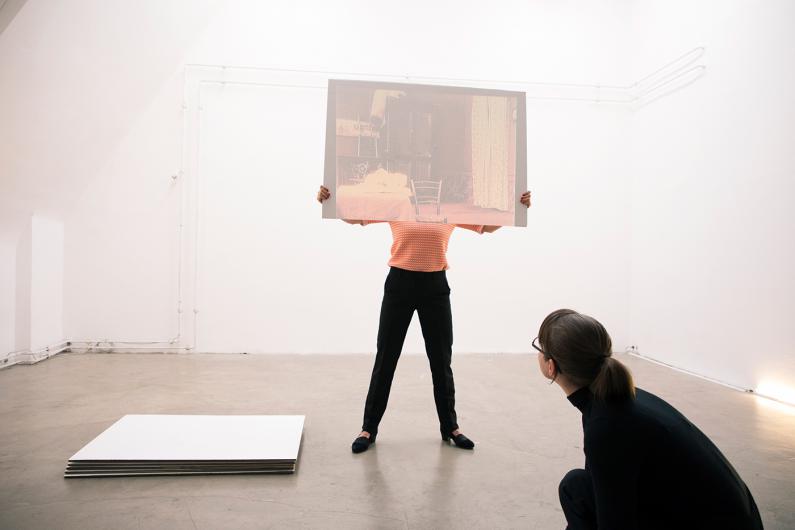 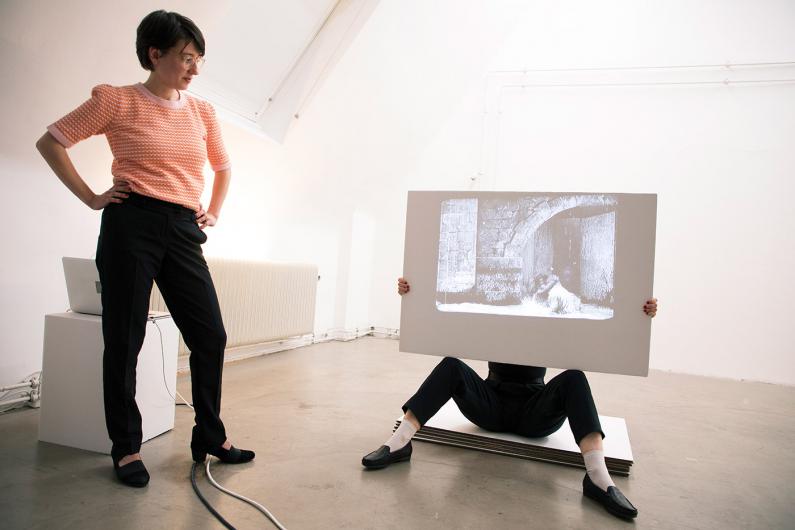 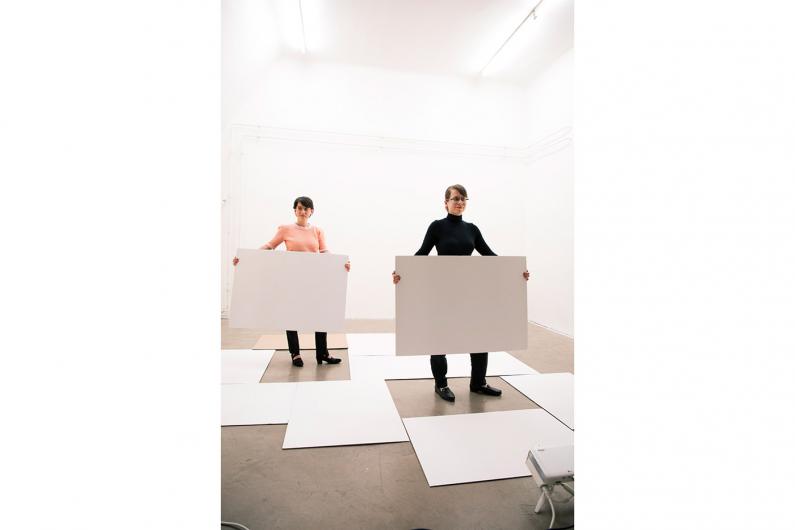 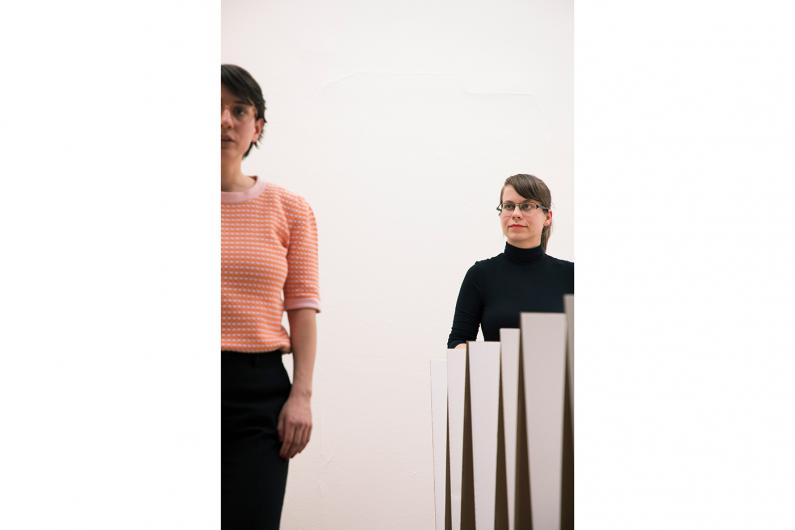 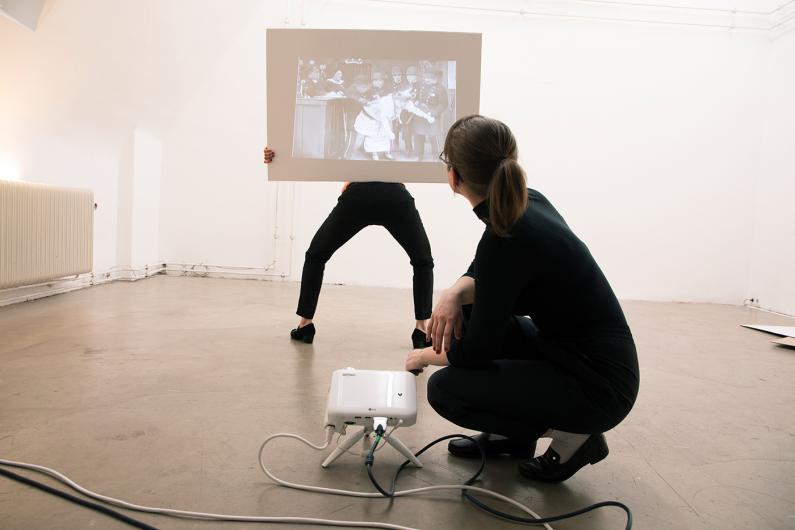 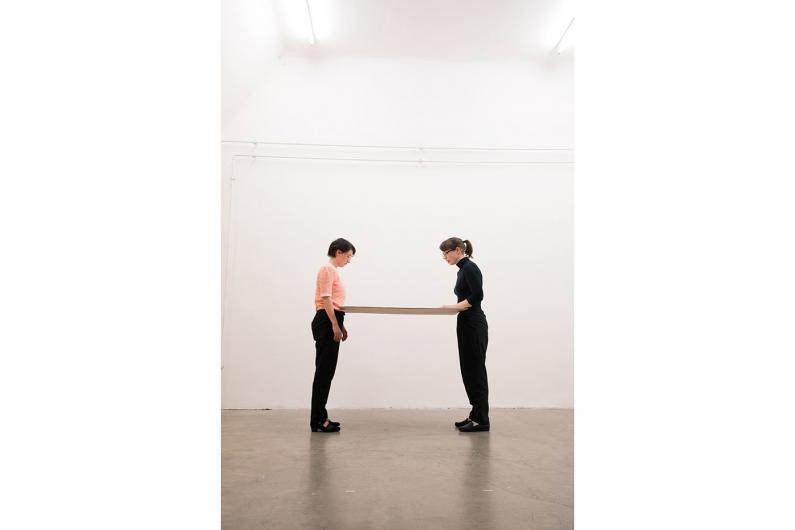 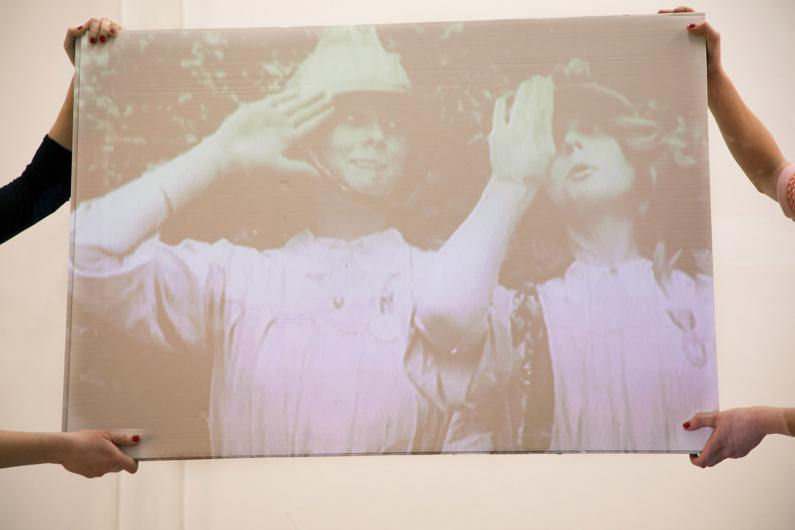 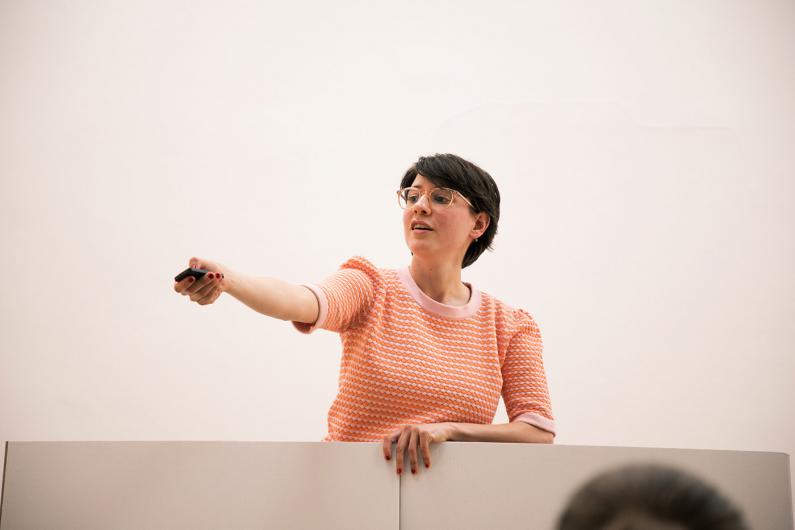 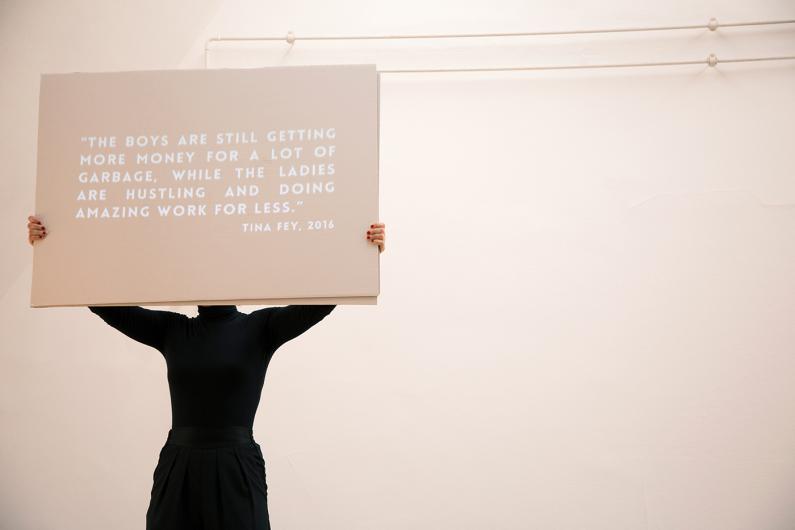 The starting point of this lecture performance are the courageous, extraordinary and witty heroines of the silent-film era in the early 20th century. While they were influential, famous and popular during their lifetimes, they are mostly forgotten today. In the course of their research in archives, Sööt/Zeyringer discovered female pioneers of silent film named Marie Dressler, Ossi Oswalda and Sarah Duhamel. In their films, they wreaked havoc, dressed in men’s clothes and put their bodies to highly expressive uses. Many female actors, directors, screenwriters and producers used humour as an empowerment strategy and a method to break through existing limitations. In Running gag, Sööt/Zeyringer use historical footage, film clips, facts and personal stories to collage a fictional documentary about the ever changing relationship between gender and humour now and then.

The artists Tiina Sööt and Dorothea Zeyringer have been collaborating in Vienna since 2012. Their works are situated at the interface of visual art, dance and theatre and have been shown, among others, at imagetanz festival at brut, Sõltumatu Tantsu Lava Tallinn, Kunstraum Niederoesterreich and Schauspiel Köln. Their previous performance, We Will Figure It Out, premiered at brut during the imagetanz festival in 2017.

Attention: This event will take place at two different venues!

A co-production by Sööt/Zeyringer and brut Wien. With the kind support of the City of Vienna’s Department of Cultural Affairs and Bundeskanzleramt Division Art and Culture. Thanks to Fleetstreet Residenz Hamburg.

FREISCHWIMMEN – Platform for performance and theatre