Looks like it has begun IV – So much space!

brut gets a new temporary venue – the brut nordwest – in a vacant industrial hall right next to the Augarten. The hall is currently being adapted. The article series "Looks like it has begun" reports on the development phase and what the brut audience can soon expect at this new location!
Let's talk about brut brut nordwest 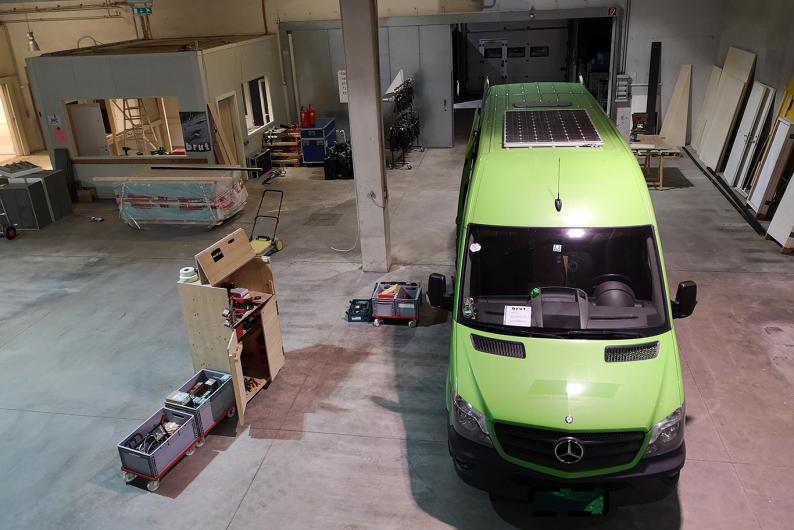 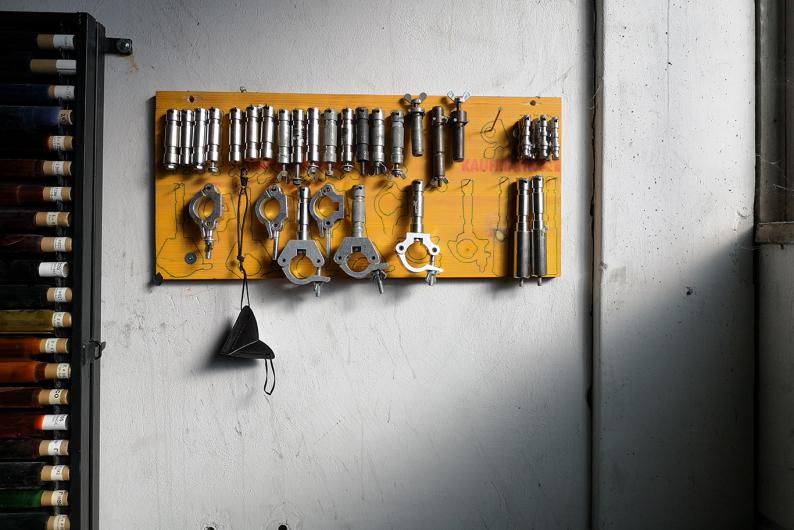 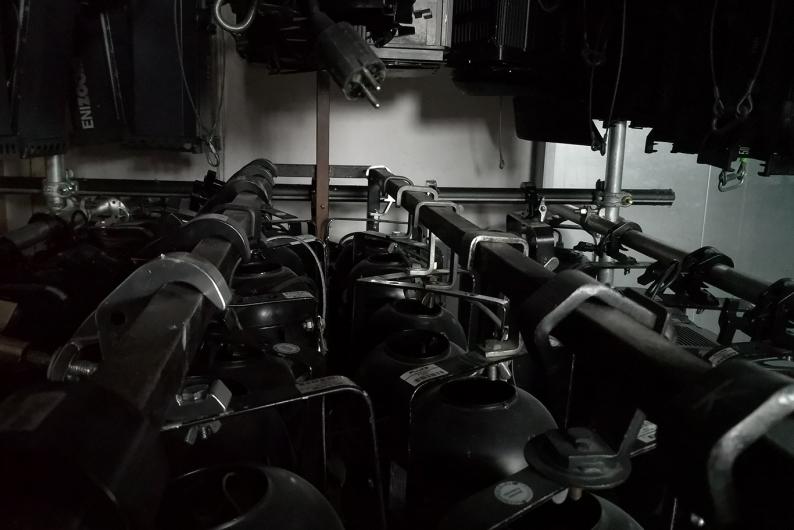 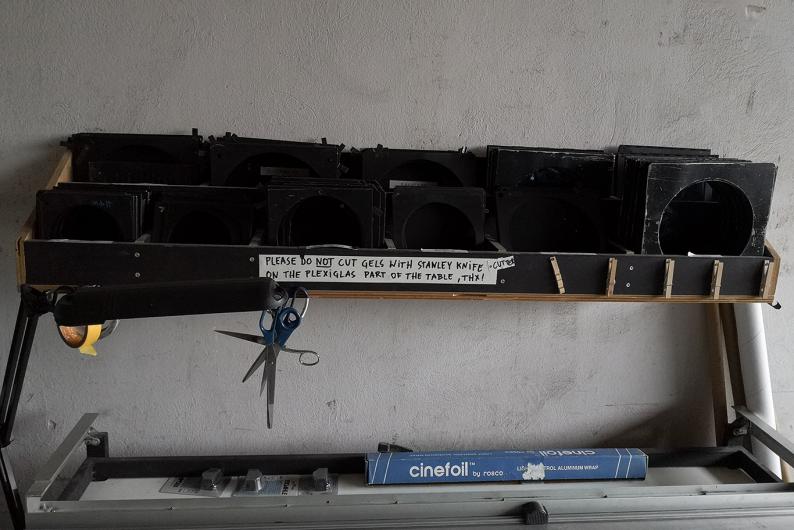 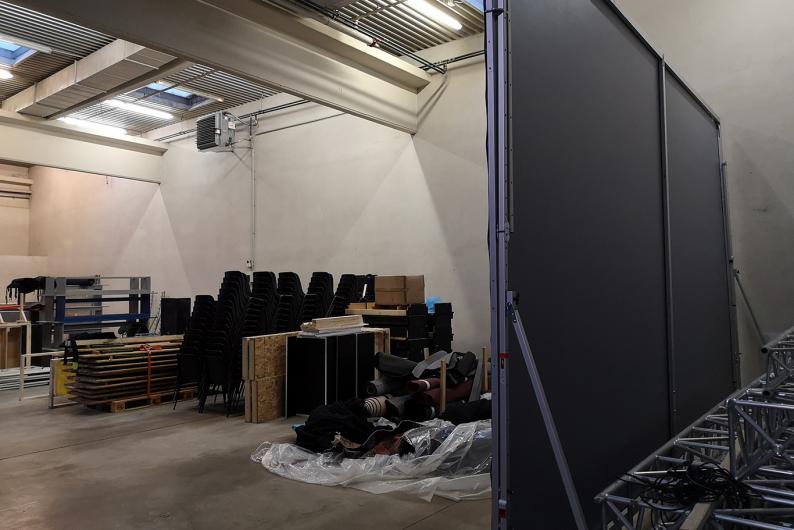 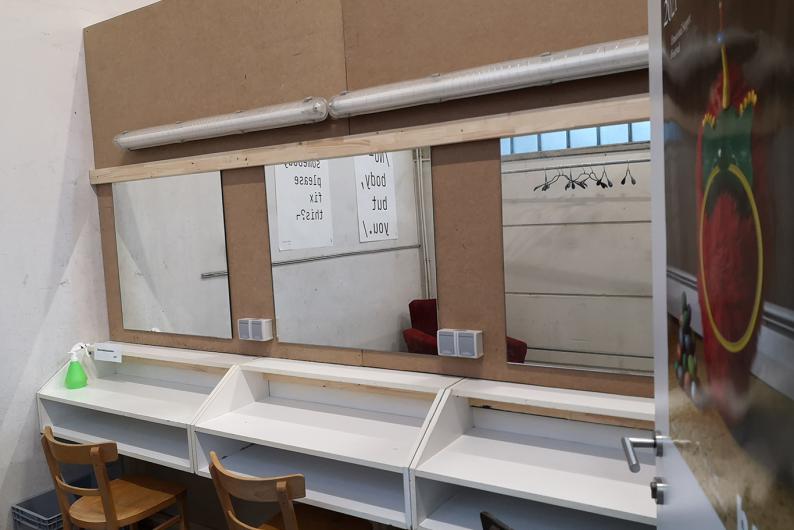 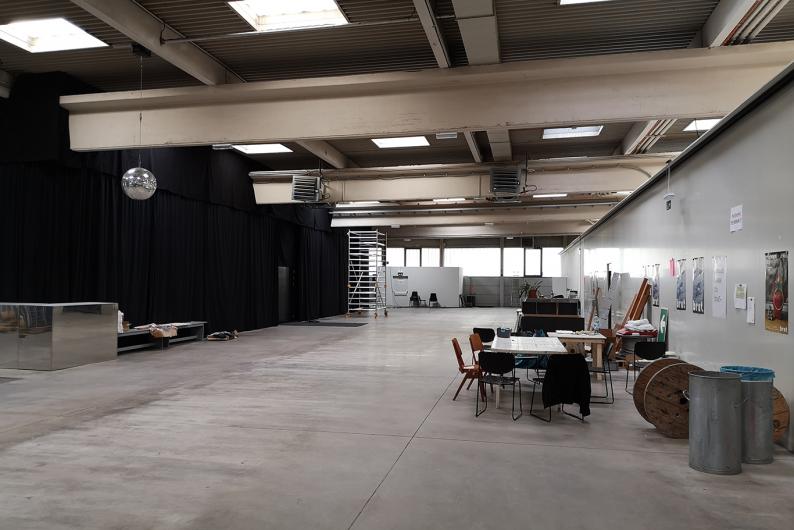 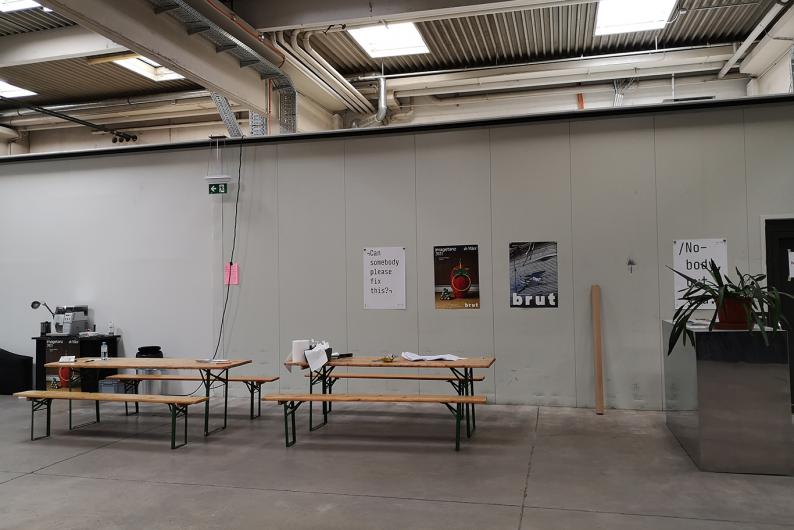 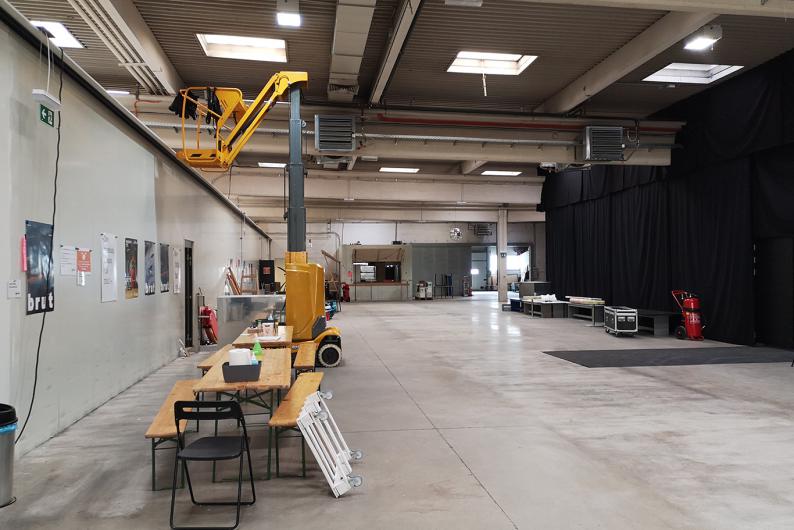 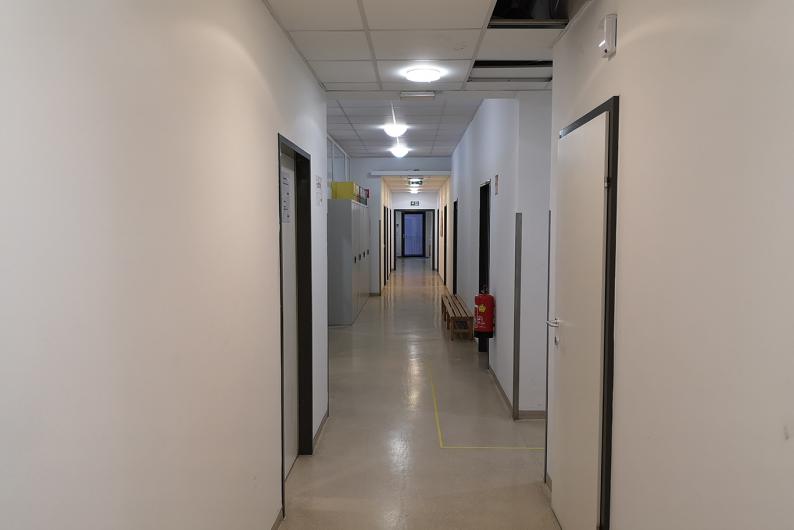 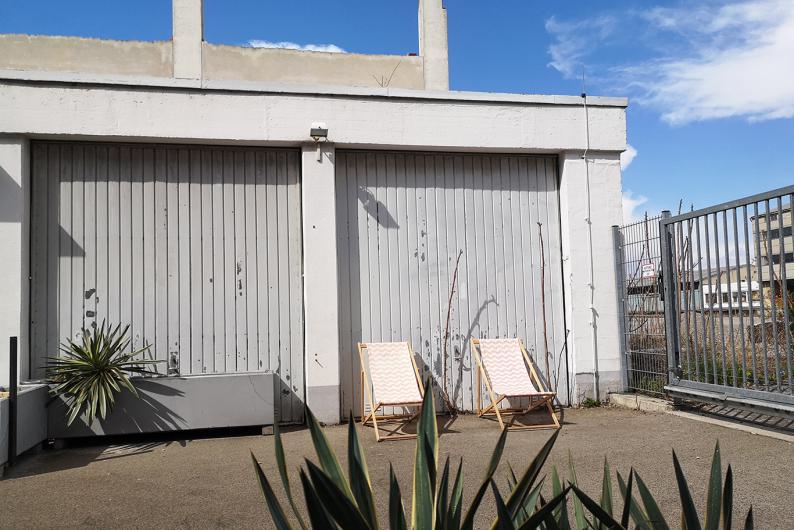 In brut nordwest everything is united under one roof: colleagues and artists can meet again in one place, exchange ideas and participate in the development of the projects together. In addition to event and rehearsal areas, there is also enough space for the administration offices, the technology warehouse and lounge areas for employees and artists in the Nordwestbahnstraße. The new edition of Looks like it has begun takes a look at the areas on the sideline of the big stage.

Until the move to brut nordwest, brut's technical warehouse was located in a large community building in the 12th district and the administrative offices and other departments were situated in Annagasse in the 1st district. Now, all areas have come together again on Nordwestbahnstrasse.

The technology storage place is now located in the rear part of the hall. Headlights, cable reels, boxes with tools and much more are neatly lined up here. A practical advantage is that delivery vans can drive into the hall at ground level and directly in front of the warehouse or the entrance to the black box. Scenery and equipment can now easily be delivered where beverage crates and clothing were loaded in the days of the previous users.

And if there is not enough space in the storage place to work, brut nordwest offers plenty of space in the so-called “Gray Space” around the black box. The artists, who can use this flexible area for special rehearsal and performance situations, also benefit from this.

Agnes Schneidewind, Johanna Nielsson and Marina Poleukhina were one of the first groups to use this area for rehearsals and recordings for their video eleven. each food print in the mud fills with honey.

During the breaks, the Gray Space also serves as a meeting point and place to stay for the artists. There are also four individual cloakrooms available in the backstage area. In the new brut venue, ideal and flexible working and performance conditions have been created, which have already been successfully tested during the first rehearsals. As soon as it becomes possible again, the Gray Space in brut nordwest will also become a place to stay for the brut audience, as will the outdoor area in the form of the inner courtyard. Whether indoors in the Gray Space or outdoors in the inner courtyard, the audience in brut nordwest can look forward to the upcoming performance in a relaxed atmosphere with a drink from the bar.

Looks like it has begun III – Please take your seats!

A lot has happened in brut nordwest over the last few weeks and months to adapt the former industrial hall in the 20th district to a theater. On the checklist for the first premiere in front of an audience, only a few points have to be done. Now that a lot of black molton transforms the center of the hall into a black box, t is no longer difficult to imagine the first evening of the premiere. Rehearsals have already started!
Let's talk about brut brut nordwest

Looks like it has begun II – Stage clear at brut nordwest

Work continues in brut nordwest. brut has performed at 90 venues in 19 Viennese districts over the past few years - some of them in places completely unfamiliar to the theatre, such as on the lakeside of Seestadt Aspern or in the huge laundrette of the Matteottihof in the 5th district. The many experiences in adapting new theatrical locations are now benefiting us! And yet it is something quite new to transform a former factory hall into a theatre venue for several years. . . .