The Capitalism Tribunal is about the alleged crimes of European capitalism. From 1 to 12 May 2016, brut Wien will be transformed into a court of law, where charges will be presented on European capitalism - about its impact on people, society and the planet. The Capitalism Tribunal trial is founded on the principles of “natural law”, following the tradition of the Nuremberg trials, the Russell Tribunal and the Ministries Trial. 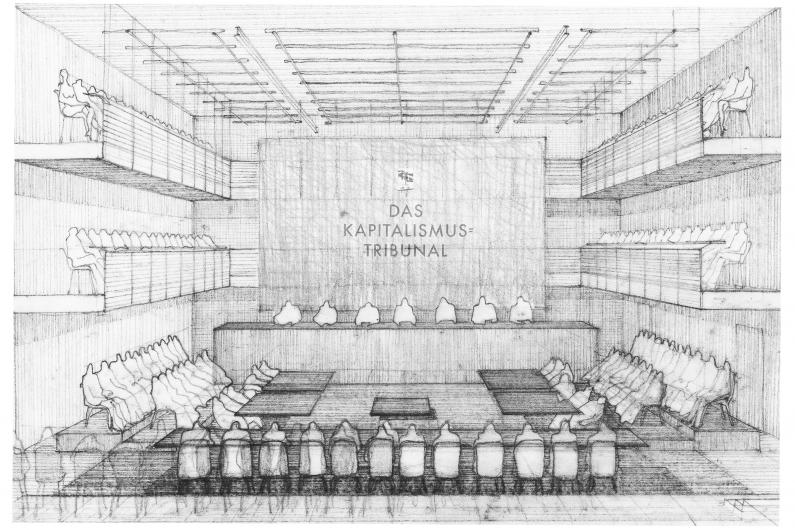 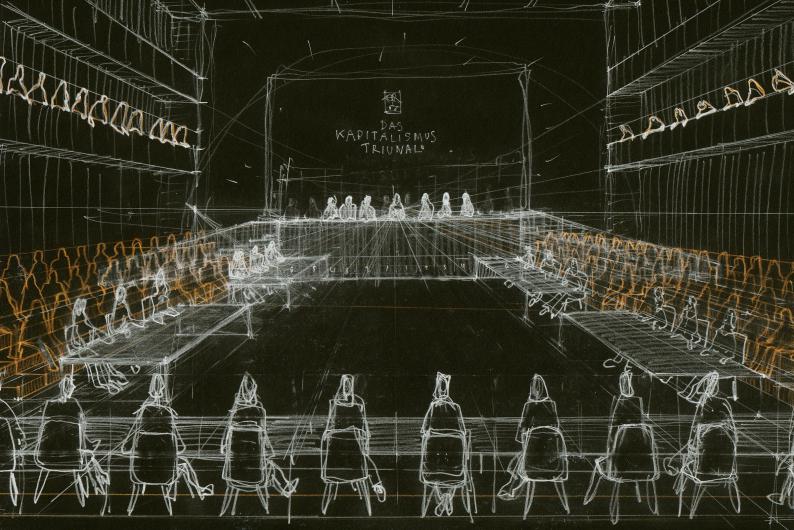 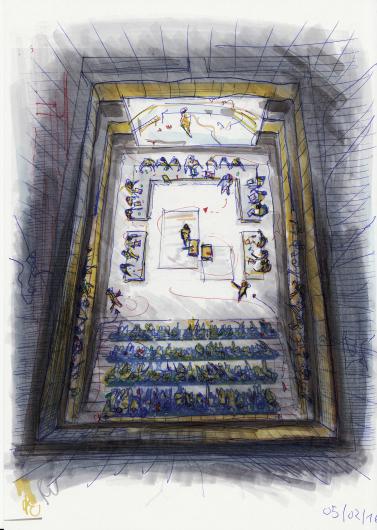 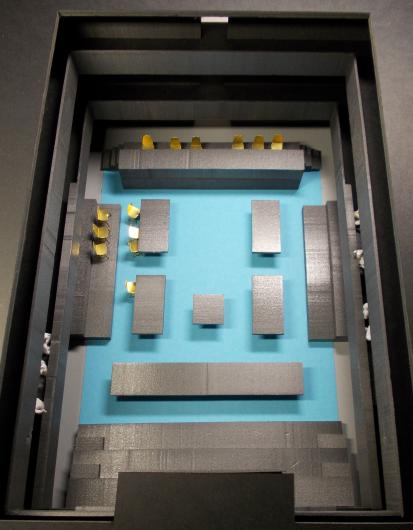 The aim is to understand the failures of the current capitalist system to ensure that they are not repeated. Anyone is allowed to make charges. Allegations of wrong-doing have been collected on kapitalismustribunal.org since May of 2015. Over 400 charges were registered and are available online. For the indictment in May, the allegations will be classified according to seven topics, with charges made in all of them. Experts who have confirmed their participation at the Tribunal include New York economist and sociologist Saskia Sassen, philosopher Srecko Horvat, liberal system theorist Louis Klein, agricultural economist Fetewei Tarekegn, climate policy expert Tadzio Müller and the executive director of the Club of Rome, Alexander Stefes.

The Capitalism Tribunal will use new forms and instruments of post-dramatic and post-Epic theatre. The script will be generated from the charges submitted on kapitalismustribunal.org and through the expertise of prosecutors, defenders, judges and the jury. Today's economic reality is on trial and will be judged. The audience, i.e. the people of Vienna, will deliver verdicts on allegations anybody might have committed, and argue out the conflicts themselves. How would I have acted? What do we want? How should we live?
The Capitalism Tribunal aims to give a fair trial for the alleged crimes of capitalism as a way of learning for the future. The Tribunal is based on the assumption that more and more people detect an increasing lack of freedom and greater inequity. At the same time, an ecological disaster looms. The rule of law and a belief in justice are drifting apart.
The Capitalism Tribunal is a project by the Berlin-based Bartleby e. V. - Zentrum für Karriereverweigerung together with brut Wien and Werk X and is supported by, among others, the Club of Rome, the Rosa Luxemburg Foundation, the Heinrich Böll Foundation and the Friedrich Ebert Foundation.

Schedule of the Capitalism Tribunal

1 May: Kick-off at brut Wien
Presentation of the project and the book Das Kapitalismustribunal (Passagen-Verlag)

12 May: Closing event at brut Wien