Part 1/Iran: Fantomas against the Power of Extinction

In December, artists Gin Müller, Gorji Marzban and Jan Machacek will present the first part of Fantomas Monster at brut. Fantomas Monster is a series addressing the experiences of artists and activists facing real-life state terrorism, resistance and escape while at the same time humorously relating tales of courageous rebellion, sparks of hope and the necessity of human superheroes and -heroines. 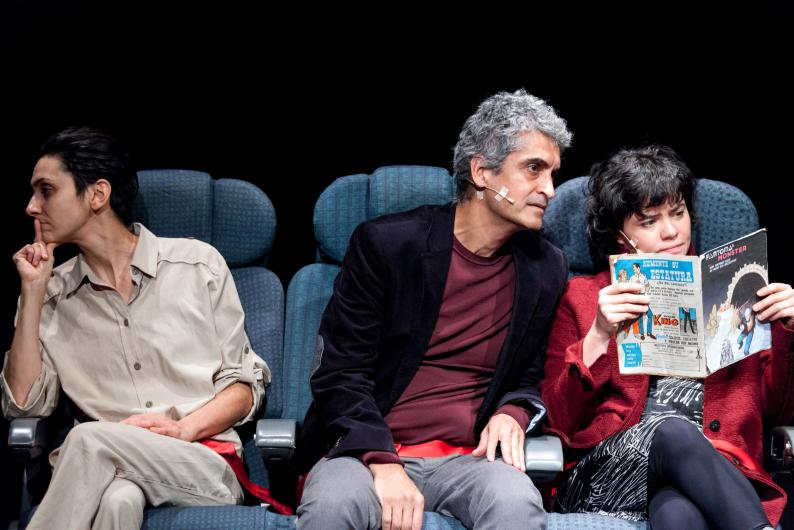 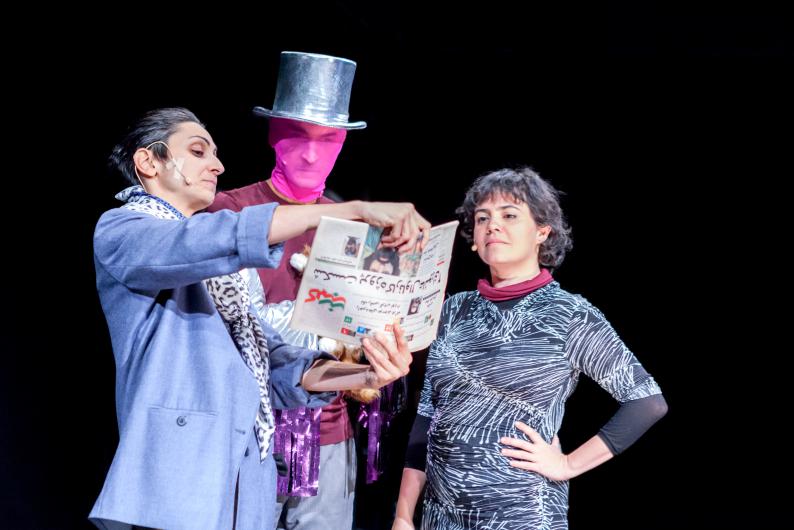 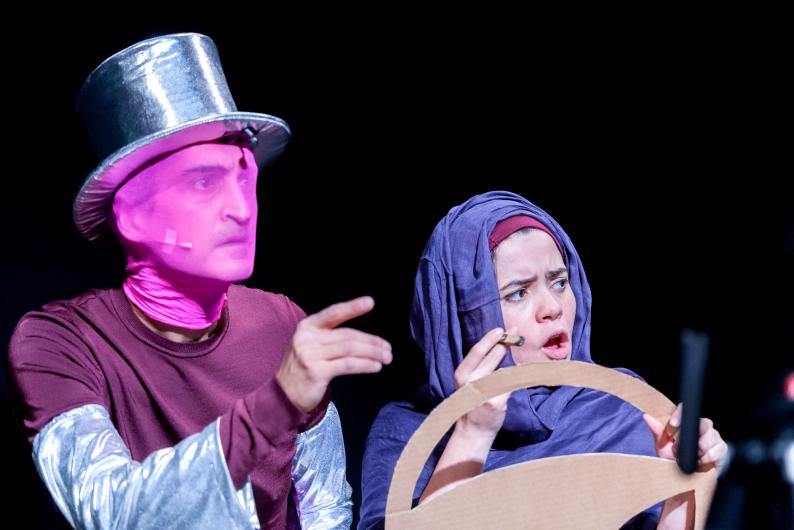 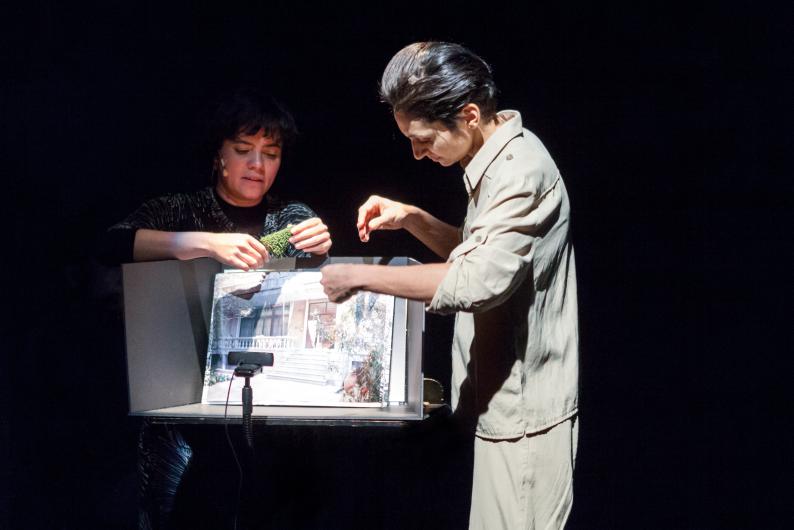 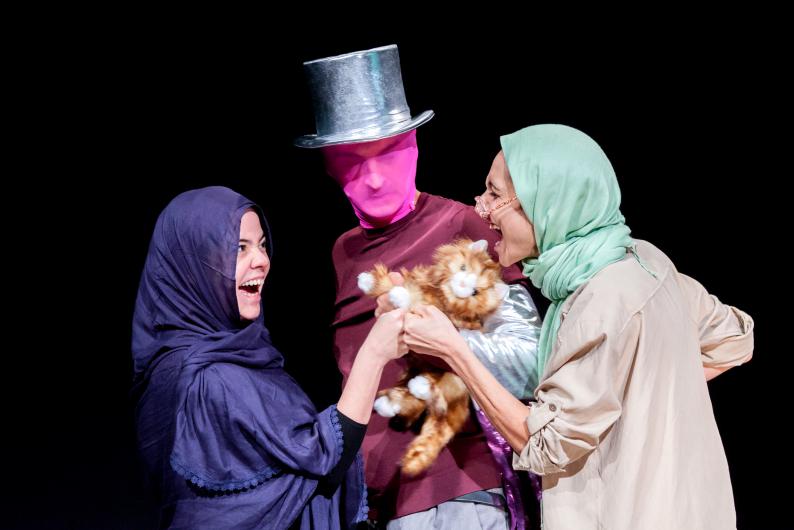 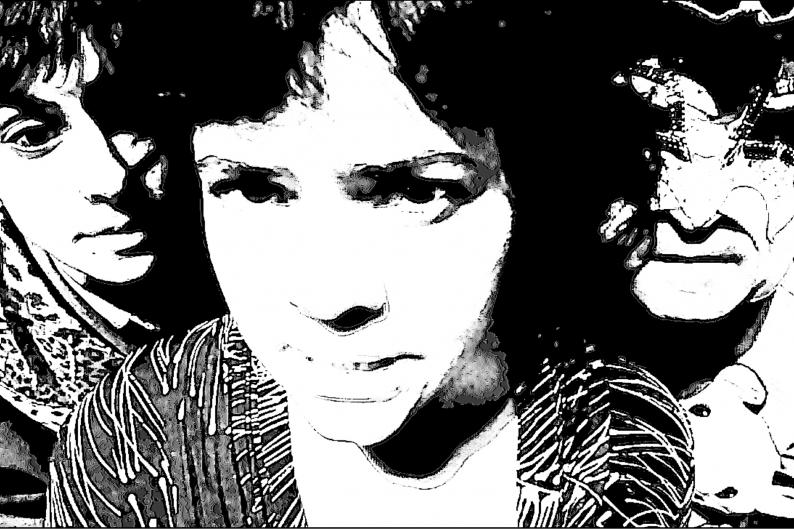 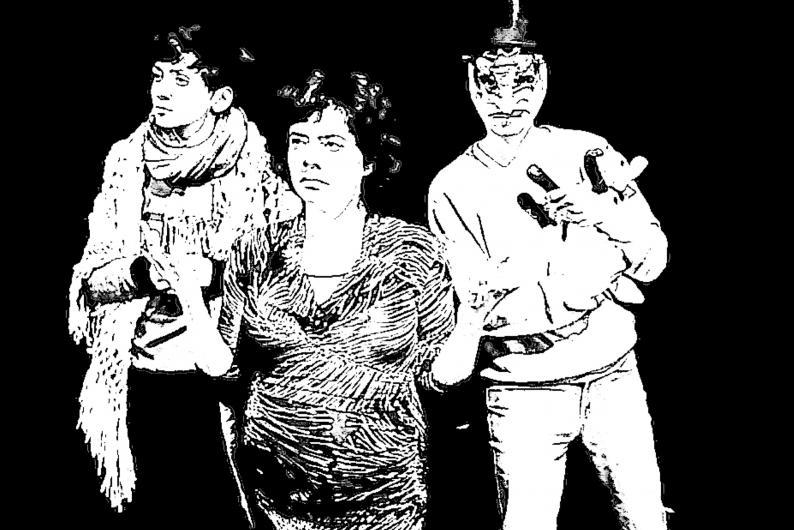 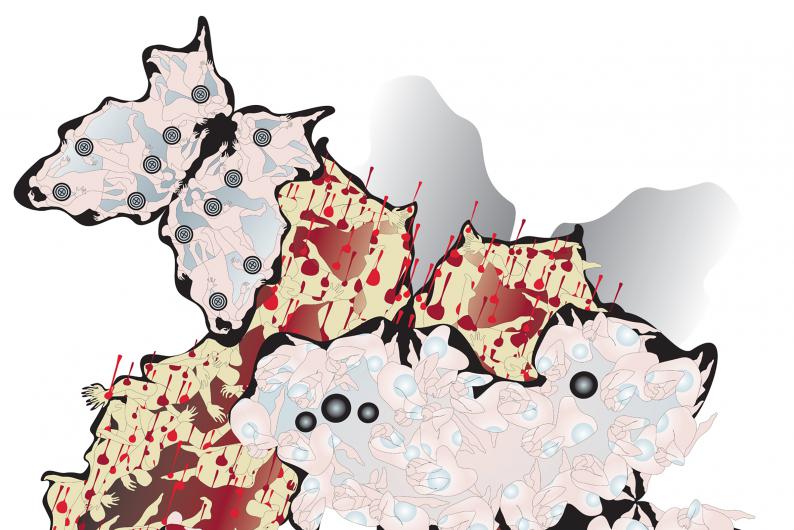 The famous fictional character of Fantomas is at the centre of this multimedia project, representing a rebellious spirit travelling back and forth between Iran, Mexico and Europe while becoming involved in historical, political and fantastic events. The first part of the political thriller series, entitled Fantomas against the Power of Extinction, is based on archive material and narratives by activist, artist and writer Parastou Forouhar. Forouhar repeatedly travels from Europe to Iran, the country whose regime killed her parents in 1998. As human superhero(in)es, she and Fantomas fight against the lethal strategies of extinction, the disappearance of people and memories in the Iranian theocracy while being entangled deeper and deeper in the turmoils of political reality, corruption, projection and fiction.

Gin Müller is a dramaturge, performer and queer ar/ctivist working at the intersection of performance art and political activism. Jan Machacek studied sculpture and set design in Vienna and Karlsruhe. He has been working at the intersection of media art and performance since 2002. Gorji Marzban is a natural scientist, writer, poet, performer and human rights activist. Fantomas Monster marks the first collaboration of the three artists in this constellation that is completed by a transnational acting ensemble including Edwarda Gurrola, Kaveh Parmas and Stefanie Sourial.

“This theatre evening is a surreal experience on many levels. The ridiculousness of the Iranian regime appears in the ban of an exhibition which is avoided by exhibiting empty frames. And this is, in the end, a much stronger critique then any kind of image could have been. The empty frames of the fantastic stage scenery are filled very precisely with projections. This alone makes the performance an exhilarating experience. At the same time, boundaries between reality and fiction, grief and resistance are blurred and a future Iran emerges like in a dream.” nachkritik

29 January 2017 – 6 pm
Film screening “Tod in Teheran” (“Death in Tehran”) (Germany 2005)
Documentary on the background to the murders of Iranian opposition politicians Dariush and Parvaneh Forouhar in 1998. Further information

A co-production by Gin Müller, Gorji Marzban, Jan Machacek and brut Wien. With the kind support of the City of Vienna’s Department of Cultural Affairs.

Artist Talk on 17 December after the performance.