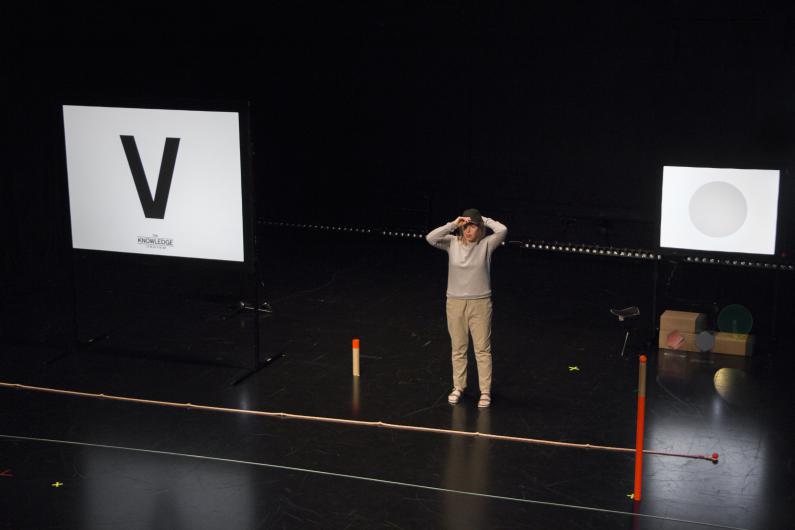 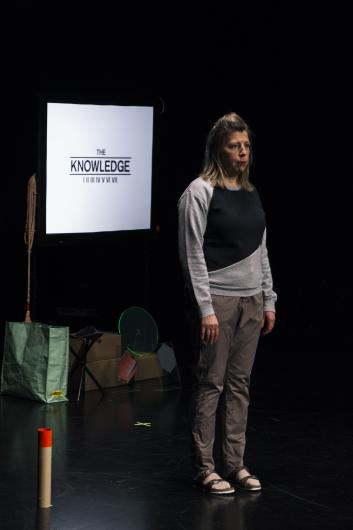 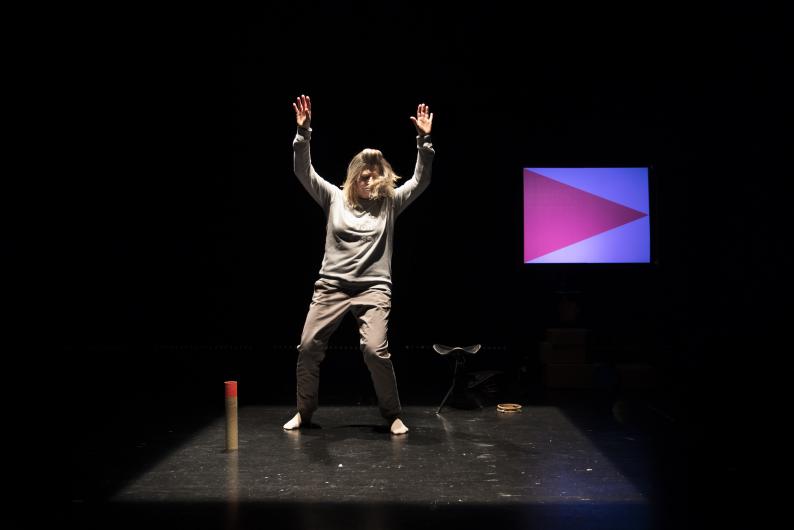 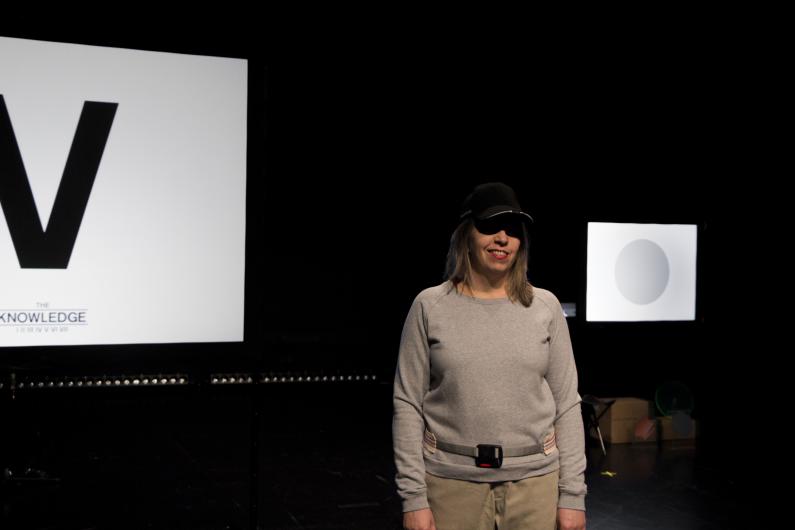 Swedish choreographer and filmmaker Gunilla Heilborn is known for her dry humour and infallible sense of absurdity. In her solo performance The Knowledge, she centres on the major and minor questions of our existence, while incidentally challenging the audience to engage in an elaborate memory exercise. With this solo at imagetanz, Gunilla Heilborn returns to the stage in person after a long time of fulfilling the role of choreographer for a number of group pieces.

The performer’s journey begins with a phenomenon that has been troubling philosophers, scientists and choreographers for some time: How can the brain make out our position in space? In 2014, three doctors were awarded the Nobel Prize for answering this question. They had discovered a type of navigating and positioning system in the brain that allows for orientation and navigation in space. In The Knowledge, Gunilla Heilborn builds on these scientific findings to ignite an absurdly comical explosion of words, images and graphics. It’s a night full of knowledge and stories – a dive into the quirkily beautiful world of Gunilla Heilborn.

Choreographer and filmmaker Gunilla Heilborn has been devising films and performances for children and adults for 20 years. Her humorous, ironic style of collaging text, performance, video and images made her become one of Sweden’s best-known artists in performance and film. As part of the imagetanz festival, Gunilla Heilborn also conducts a workshop to allow insights into her methods and foster her exchange with the festival’s younger generation of artists.

There is soup at the bar after the performance.

A co-production of Regionteatern Blekinge Kronoberg and Norrlandsoperan. With the kind support of the Swedish Arts Council, Art Grants Committée and the City of Stockholm’s Department of Cultural Affairs.

Day passes for 05 March (also valid for the salon # under construction and Dewey Dell (live)) are available here.