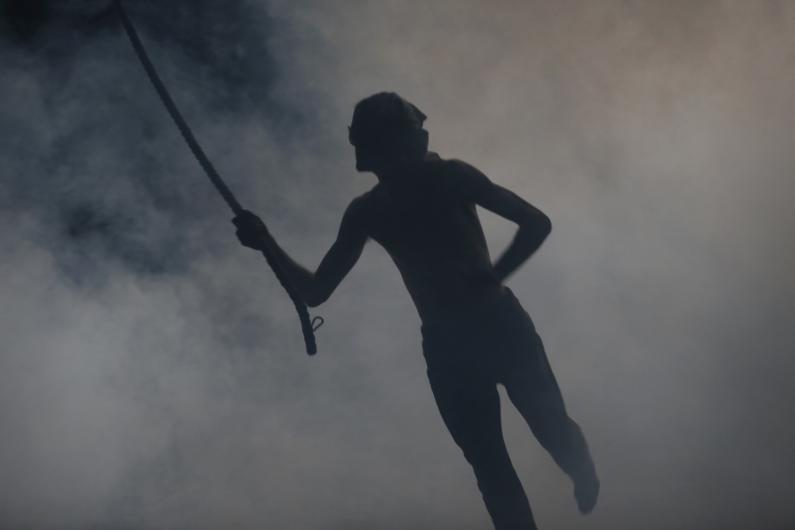 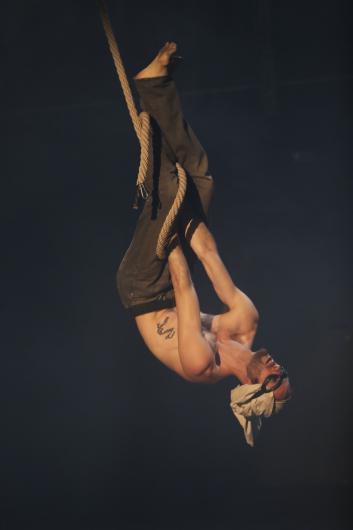 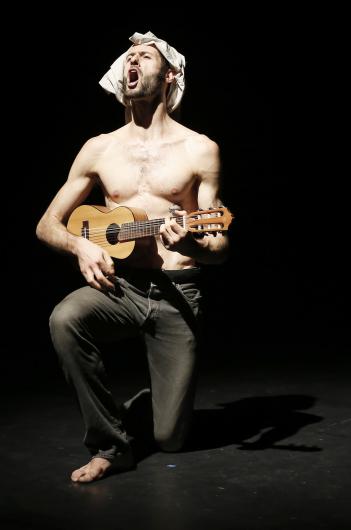 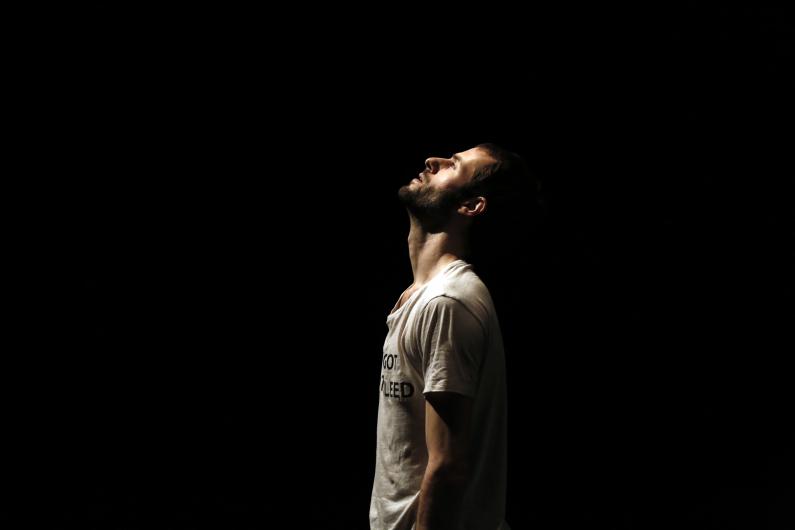 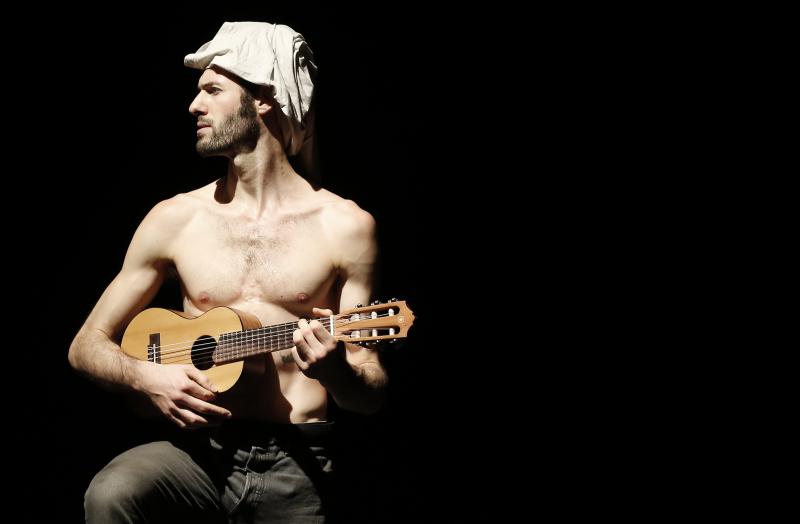 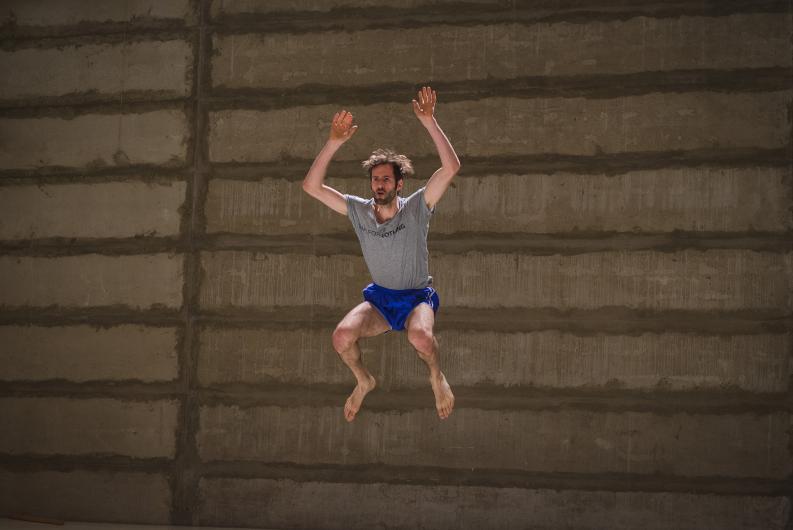 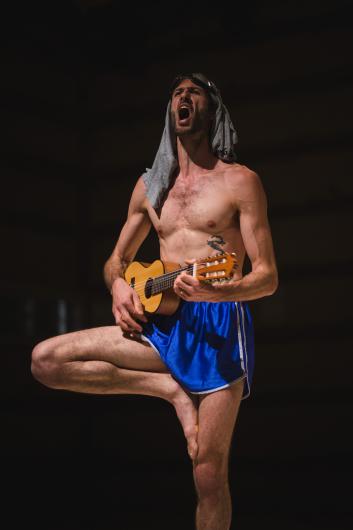 Function Man examines the effects of intense exercise on a body. Inspired by Matan Levkowich’s personal experience both as a dancer and as a soldier, the performance juxtaposes political militarisation and militarisation as a mere physical act. Based on the assumption that intense dance training is able to change the body just as sustainably and complexly as military training is, the performer on stage embarks on a quest to find the sense and nonsense of unconditional drill.

Matan Levkowich has devised his dance solo together with choreographer Claire Lefèvre. By mixing personal experience with theoretical research on the topic, their piece becomes both a gripping social study and a political analysis investigating the influence militarisation will automatically have not only on an individual’s anatomy and personality but also on the society they live in. This way, Function Man takes the audience on a voyage of discovery through the human psyche and body, once more asking the question whether functionality should be considered an end in itself.

Matan Levkowich is a dancer, choreographer and graphic designer from Israel. His dance work focuses on physical and mental intuition. At the moment he lives and works in Vienna and tours Europe with his pieces. Claire Lefèvre is a choreographer and performer. In her works, which she always devises in close co-operation with her performers, spontaneity and visuality play a key part. As of now, Claire Lefèvre, who is originally from France, lives and works in Vienna. Function Man marks the first collaboration between these two artists.

A co-production of Himalaya Project and brut Wien. With the kind support of the City of Vienna’s Department of Cultural Affairs, Danceweb, Life Long Burning (wild cards) and Im_flieger.

Day passes for 11 March (also valid for For A...) are available here.

Day passes for 12 March (also valid for Out of my mind, You will figure it out and For A...) are available here.

Online premiere of the music video on brut-wien.at