A city within the city, but those who do not know it cannot see it. The City of Diaspora is marked on no map, yet it is real. It is visible to those who live in the diaspora, somewhere between residence and origin. For one night, Stefanie Sourial’s performance allows the audience to get a clear, unfiltered look on the City of Diaspora. Can your own city remain the same once you see it through different eyes? 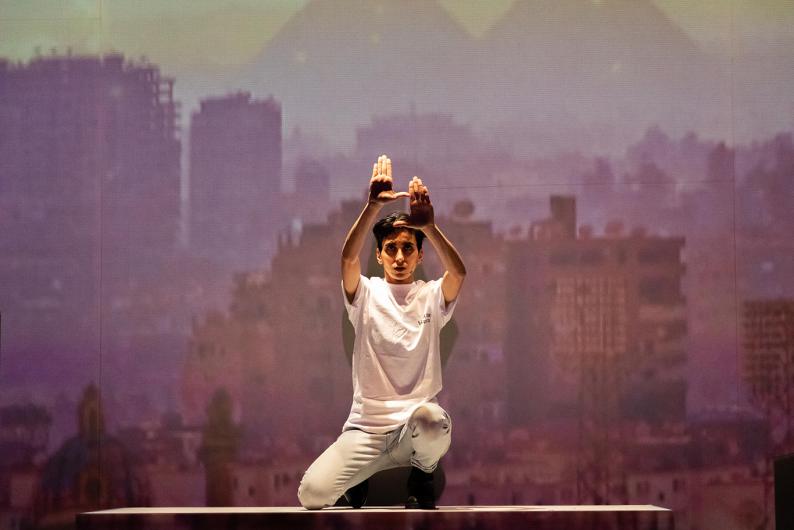 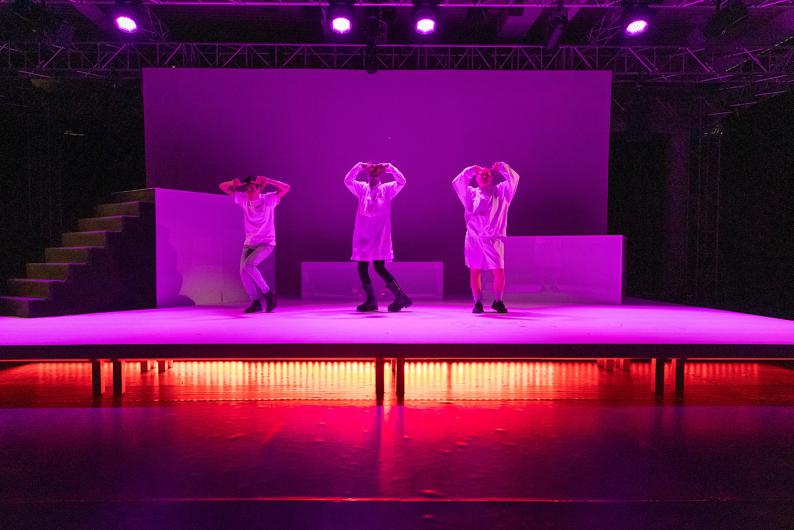 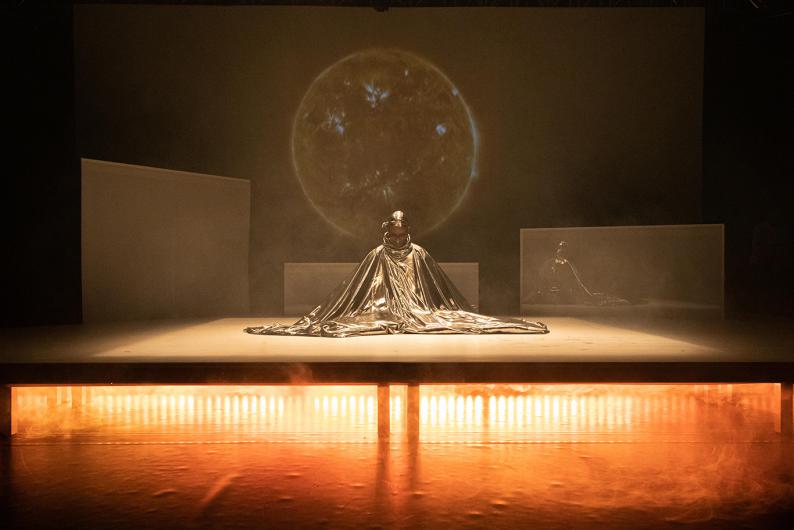 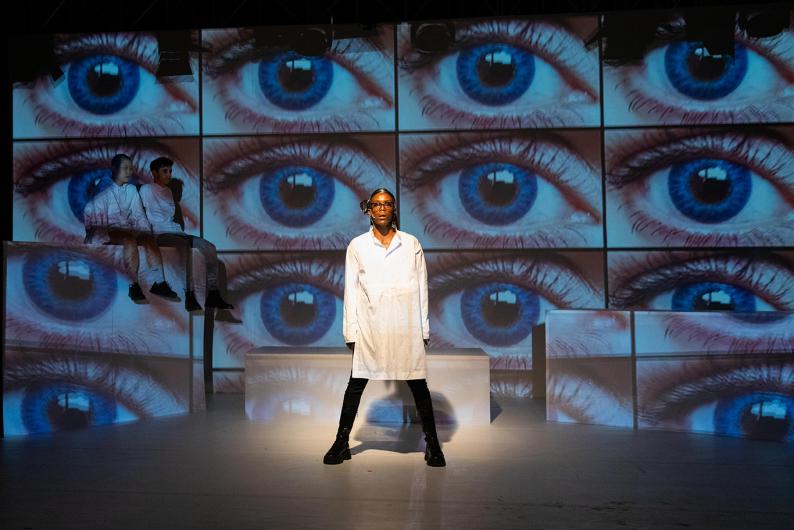 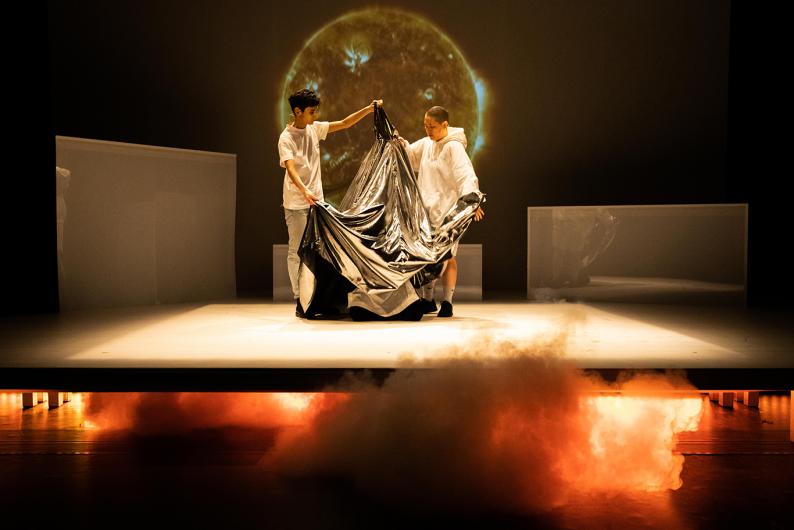 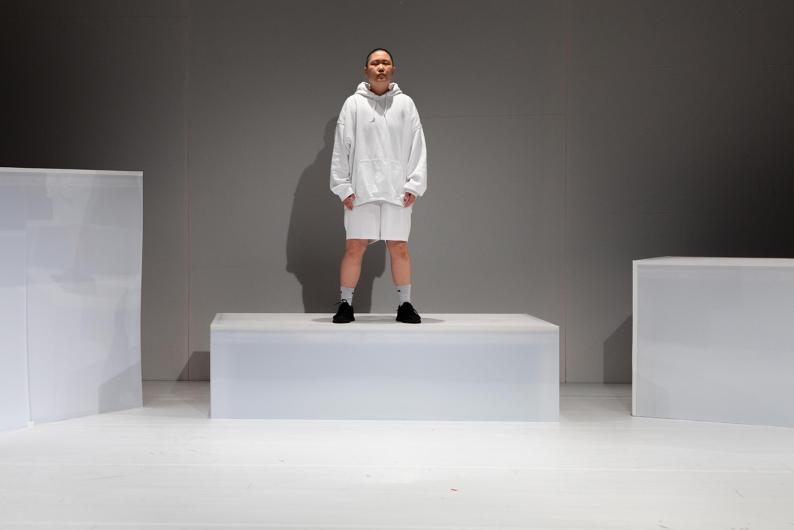 The experience of losing one’s origin and identity often lies in invisible spheres as language, tradition, tastes, family relations, behaviour and physical appearance disappear. Remembering and missing things one has never known becomes a key experience that creates that feeling of living in a world in between. To describe this world, artists based in Vienna were invited to write short stories discussing their own experiences in a fantastic/utopian narrative style. These short stories will be the basis for the individual episodes of City of Diaspora, a production brought to the stage by Stefanie Sourial with the artists and performers Hyo Lee, Faris Cuchi Gezahegn and Sunanda Mesquita.

The City of Diaspora is a city within a city.
It is a world in between.
It is a memory of something that has never been experienced.
It is the M.O.T.U.
It is “the memory of the unknown”.
It is a condition and an emotion.
It is invisible.
It is visible between the poles of residence and origin.
It is neon, not pastel.
It is assimilation and extinction.
It is empowerment and resistance.
It is constructed from the shadow of a real world.
It is the real world.
It is control over one’s own personal narrative.
It is seeking and hiding.
It is the best of hiding places.
It is the ghoul and the Dell.
It is the condition that follows disappearance.
It is the loss of origin and identity.
It is the gaining of identity and origin.
It is the neighbourhood found on no map.

The Performance on February 4th will be followed by an artist talk. Moderated by Janine Jembere & Sushila Mesquita

Stefanie Sourial was born in 1981. She works as a performance artist and teaches at the Academy of Fine Arts Vienna. In 2001/02 she gave theatre workshops for homeless youths in Cairo, Egypt. A graduate from the International Jacques Lecoq School for performance and directing in Paris, Sourial has been creating her own shows, some of which include FREAK (2014/15), the performance trilogy Colonial Cocktail (2019), and her latest production City of Diaspora (2021) in co-production with brut Wien. Since 2012, Sourial has been working with the prize-winning company Theatre Ad Infinitum in the United Kingdom and since 2009, she has been collaborating with Vienna-based performance artists on a regular basis. For example, Sourial has been part of Vienna’s first queer-feminist burlesque collective Club Burlesque Brutal (2009–2015) and has had regular appearances at the PCCC* – Politically Correct Comedy Club, presenting anti-racist, queer stand-up skits. Her performances as such are likewise anti-racist, queer and full of social criticism, usually combining two types of narrative: a historical one and a personal one, both with a focus on the political.

"Stefanie Sourial has been one of the strongest voices in queer feminist Vienna for years." (FAQ)

"Her performances are anti-racist, queer and socio-critical and, focused on the political, combine historical with personal narrative perspectives." (FAQ)

With the kind support by and much appreciation for the City of Vienna’s Department of Cultural Affairs and the Federal Ministry of Art, Culture, Civil Service and Sport

The Performance on February 4th will be followed by an artist talk. Moderated by Janine Jembere & Sushila Mesquita

Austrian premiere
in German I The event is not suitable for minors. Access from 18 years.