Dance / Performance Duration: 50 minutes
{Re-presentation} {Loop} {Me; You & the others}

The relationship between our analog and digital existence was massively thrown out of balance in times of pandemic. We were and are more than ever enclosed in media structures – just like the dancer Esther Baio in figure. Whoever wanted to communicate with others in times of contact restrictions first had to become a user, embodied by a display image or avatar. As a performer, Baio virtuously infiltrates the contradictions between her body and media such as image, video, text or music. The Viennese specialist for urban choreography Willi Dorner pulls the strings in this presentation of new floods of images shimmering between isolation and lustful staging. 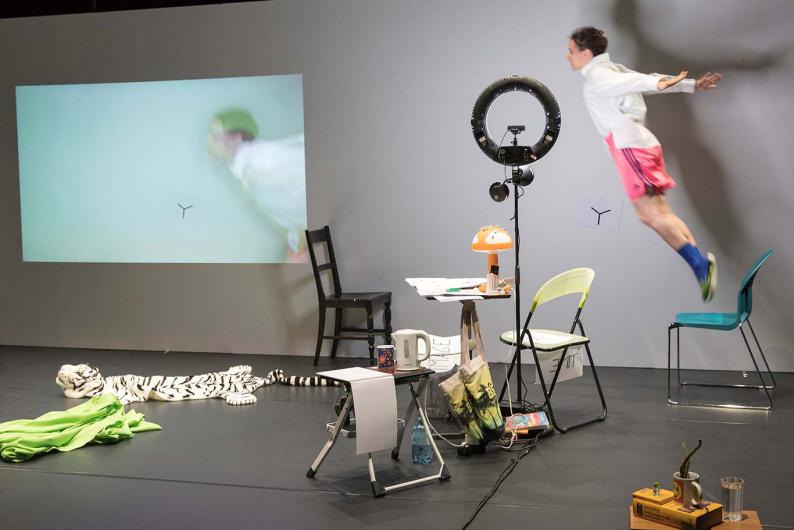 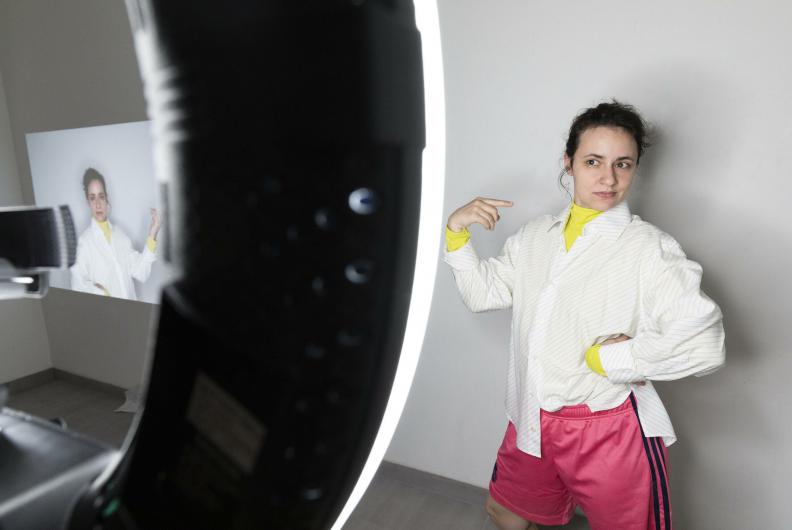 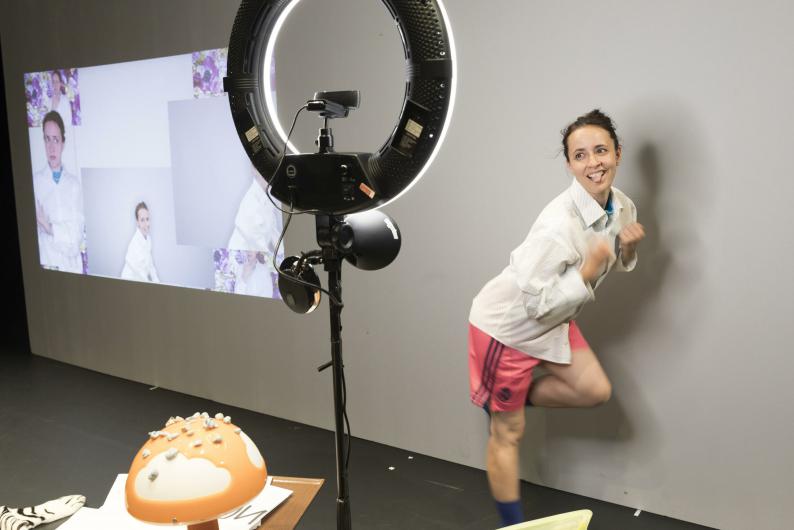 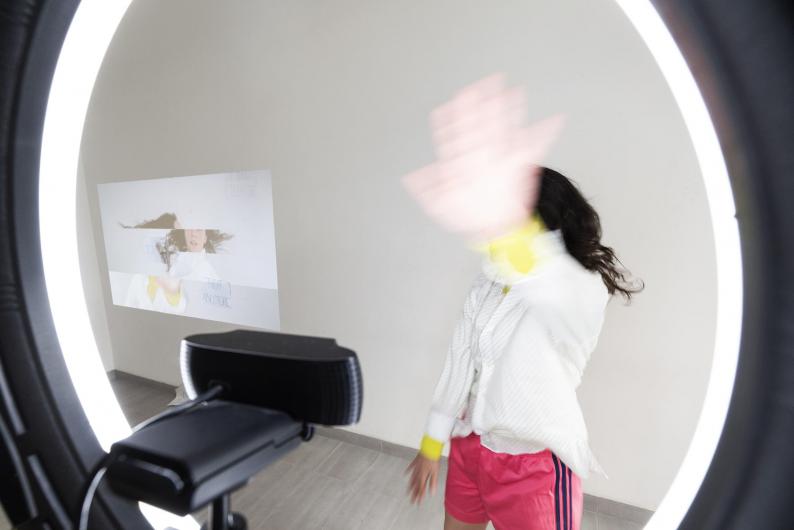 INFO: figure will be shown instead of the planned Austrian premiere of come from somewhere go anywhere, which cannot take place due to an illness in the team.

“figure” in English refers to a person, a figure in a novel or film, but also means the figure, the image, the picture or the representation. Esther Baio combines these meanings on stage and in front of the lens of the camera. She is figure and image, she is subject and object and is tossed back and forth between self-recognition and objectification. The performer is part of a media structure that she forms and makes use of. In doing so, she handles and moves within a media set-up, is enclosed within it, and produces contradictions between words and images and between image and body – a loop of self-recognition and representation of herself. Investigations to define her space make her realize that she is enclosed in a temporal medial closed circuit.

“The realization of figure is captivating. The complexity of the established relationships, the handling of the tools used (temporal, acoustic and optical shifts, rotations and reflections are combined in a virtuoso way) and the nevertheless somehow modest, reduced impression of the work are unique.” tanz.at

Willi Dorner lives and works as a choreographer in Vienna. The works of his Cie. Willi Dorner include stage pieces as well as site-specific performances, which are valued guests at international venues and festivals. Willi Dorner was awarded the 2000 Austrian Dance Production Prize and won several other awards at a number of European choreography competitions. He most recently collaborated with brut in 2018 when he showed his site-specific performance every-one in Vienna’s 10th District.

"The deep thematization of complex issues and the search for concentrated performative presentation concepts is a concern of Willi Dorner that has already been made visible in many of his works shown around the world." (Tanz.at)

"Dorner (56) is one of the most internationally active dance professionals in Austria." (Der Standard)

A production of Cie. Willi Dorner in co-production with ImPulsTanz Vienna.

With the kind support of the Cultural Department of the City of Vienna and the Federal Ministry of Arts, Culture, Civil Service and Sport.