In a performative lab that combines comedy, talk and game show, artist collective hannsjana dissects the mechanisms of exclusion at work in scientific fields. A science spectacle under the banner of empowerment and exchange, The Big STEM Show melts down barriers and fears and brings expert knowledge back down to the most basic of facts. 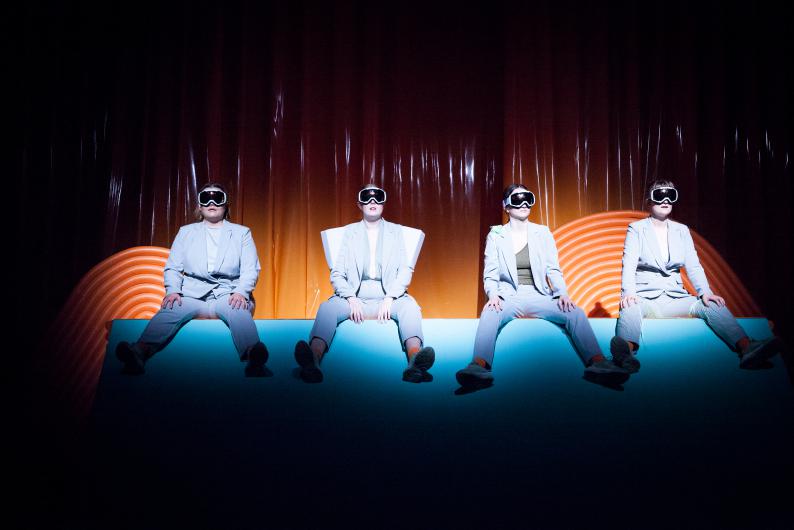 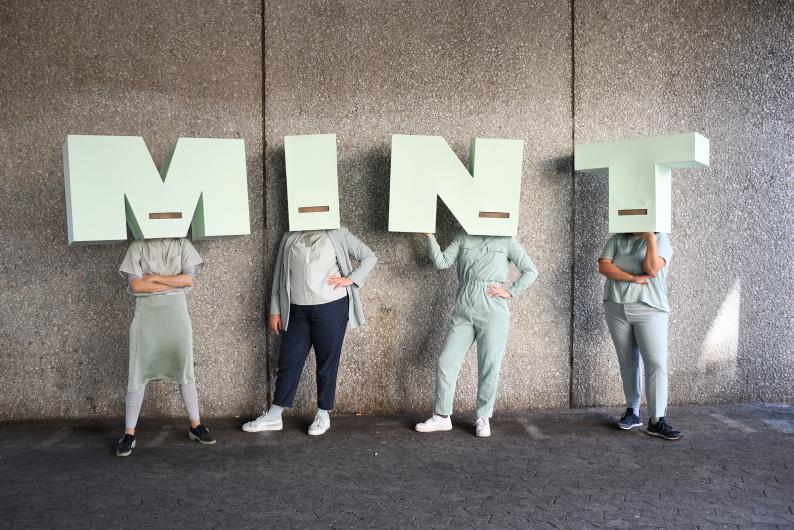 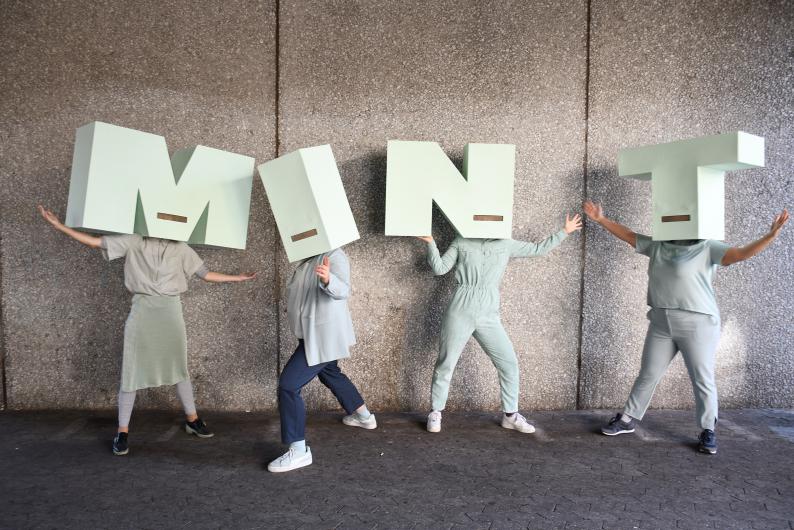 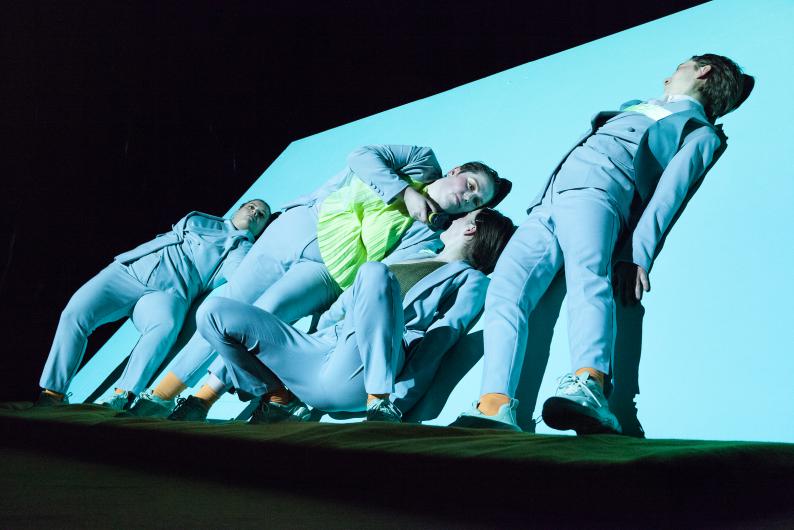 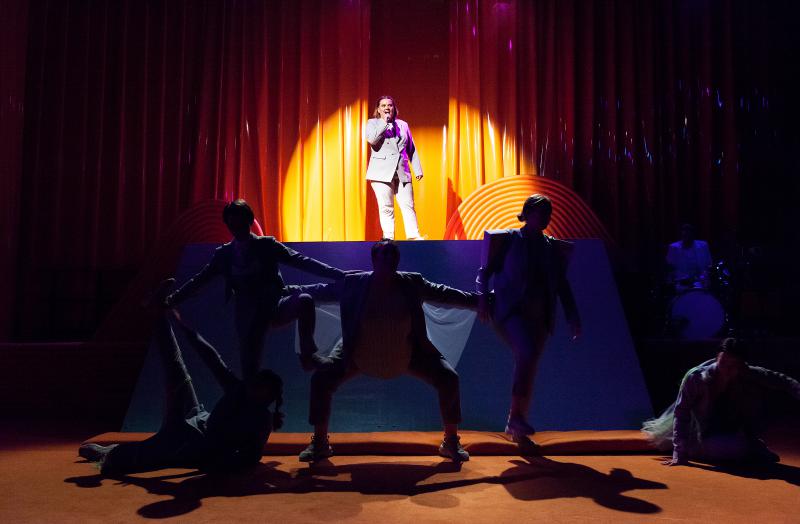 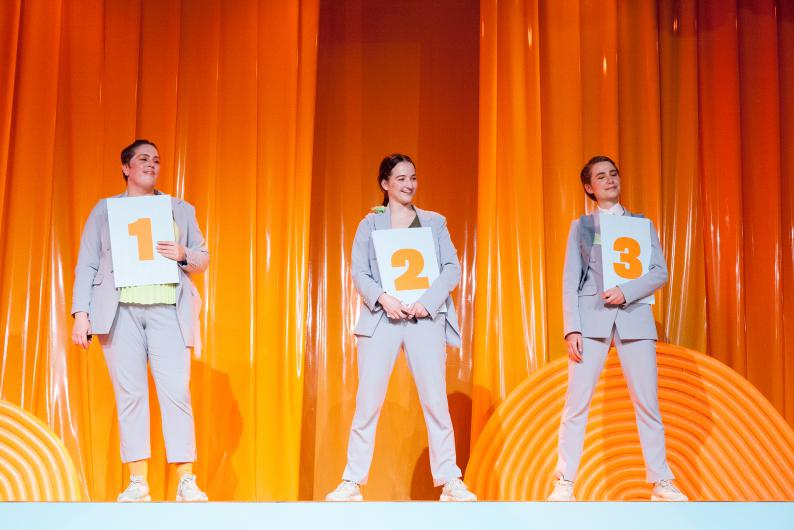 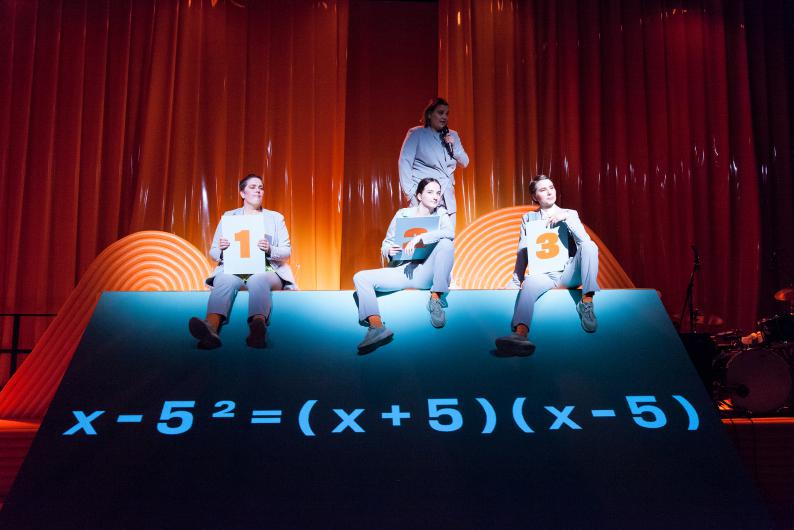 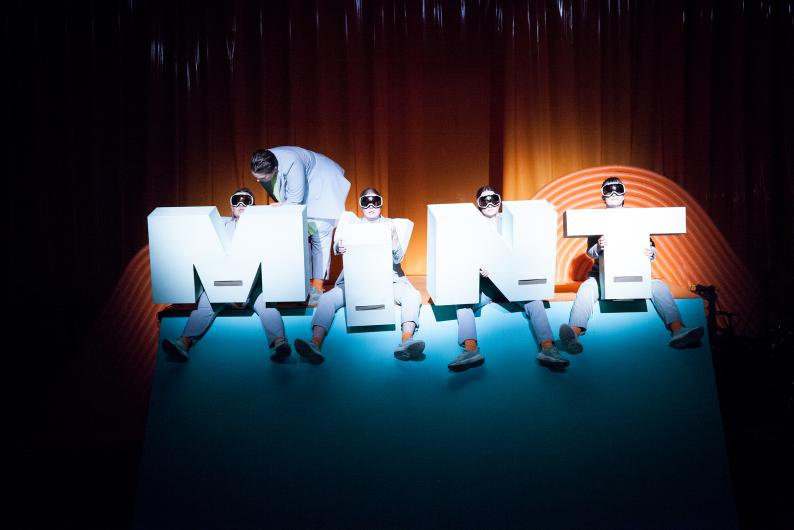 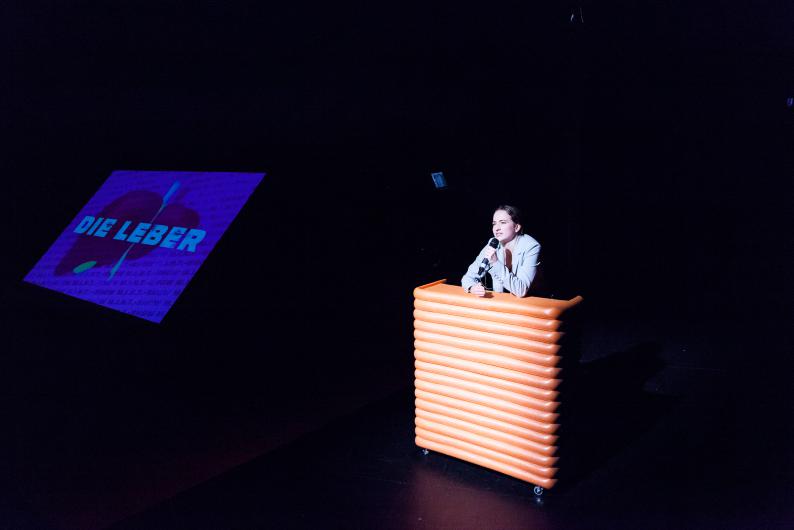 INFO: The show on March 20th is followed by an artist talk.

The acronym STEM stands for the school and study subjects science, technology, engineering, and mathematics. It is a vast professional field in dire need of trained experts and suffering from chronic deficiency syndrome or, more specifically, a lack of women*.

The artist collective hannsjana conducts the experiment of an unprecedented science show under unstable, highly reactive conditions after having analysed the causes and symptoms of why the species of women* is so rare in the STEM fields. Radical research questions included: Is the firewall in computer science programmed to fend off women*? What stereotypical, sexist views are hiding behind the filthy trench coat of labels like “soft” and “hard” subjects? The performers will answer these and other questions while sketching curves, venturing out into the dark net, experimenting with feminist influencing factors and clearing the floor for experts on biological specifics such as the earthworm and the amoeba.

Under the collective heading of hannsjana, Laura Besch, Alice Escher, Jule Gorke, Lotte Schüßler, Katharina Siemann and Marie Weich have been devising performances and audio walks since 2011. In their work, they try to get rid of stereotypes, which sometimes includes selling shares in their performances, training their audiences to become ornithologists, appearing as a boy band or declaring car tuning an acceptable queer practice. hannsjana have performed in such contexts as the Mannheim National Theatre, Kunstfest Weimar, Theater Thikwa and the Berlin Museum of Communication.

INFO: The show on March 20th is followed by an artist talk.