Four very unique and different artistic showings are combined in one event at the HUGGY BEARS Art Place at Kempelenpark – a cross-section through Vienna’s young performance scene. Selected young artists and collectives are currently provided with artistic and production/administration counselling and rehearsal spaces by HUGGY BEARS, a support plattform by artists for artists founded by Superamas. In this special edtion of the brut series Handle with care the audience will get an exclusive presentation of these artists’ various projects – while they are still work in progress. 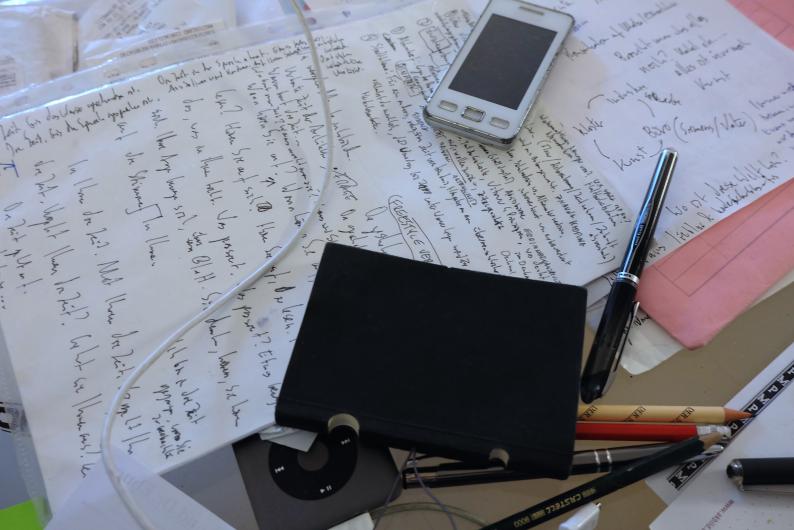 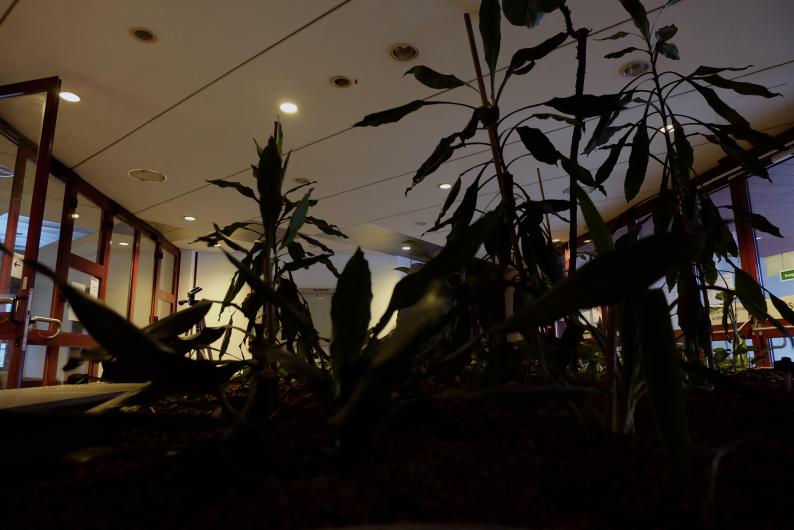 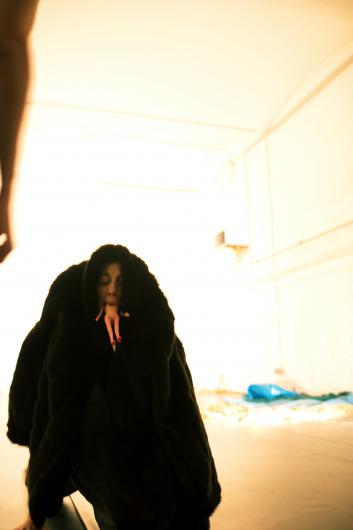 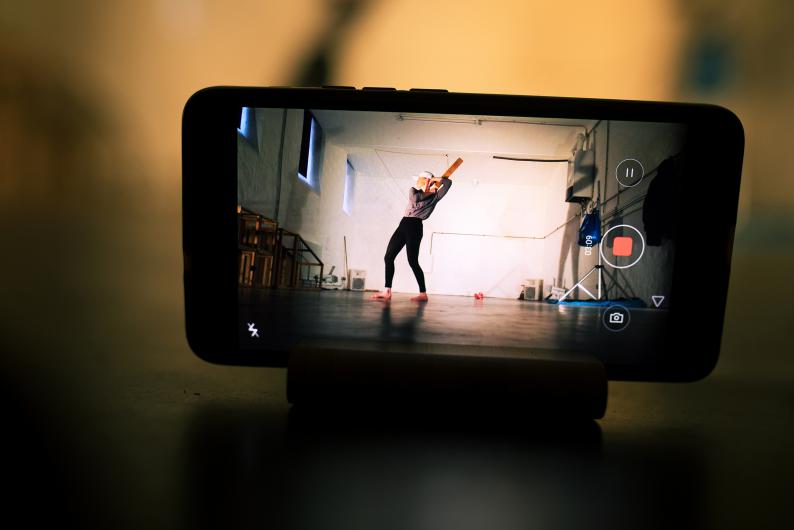 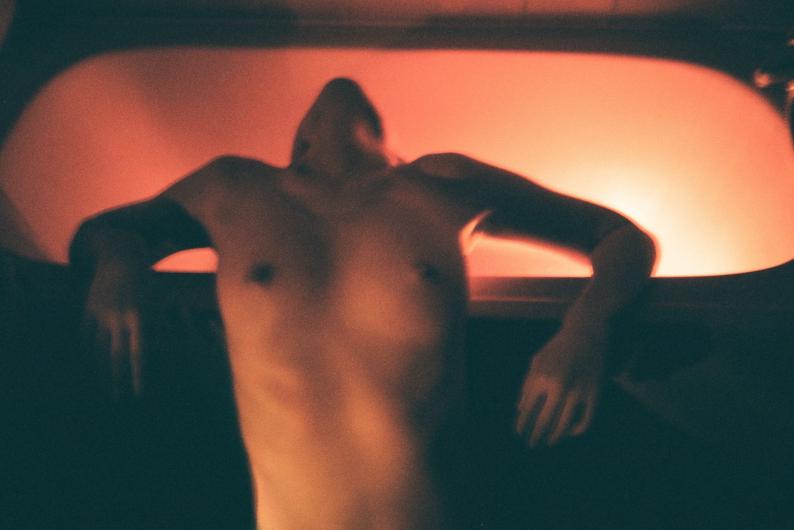 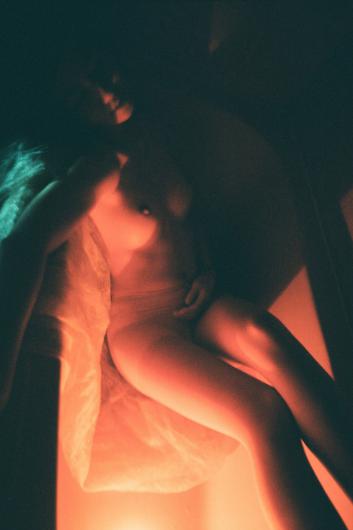 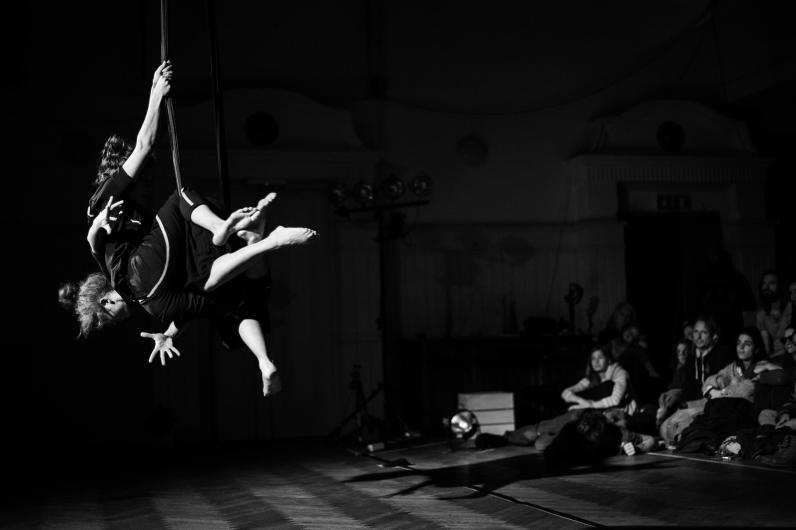 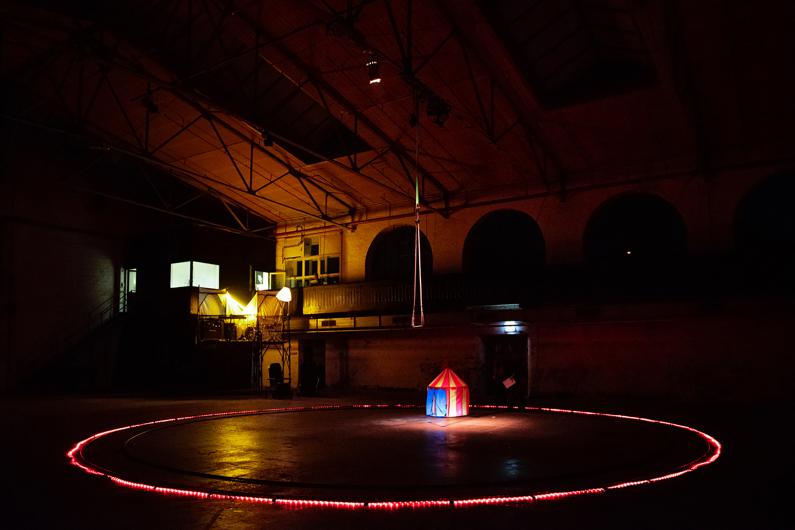 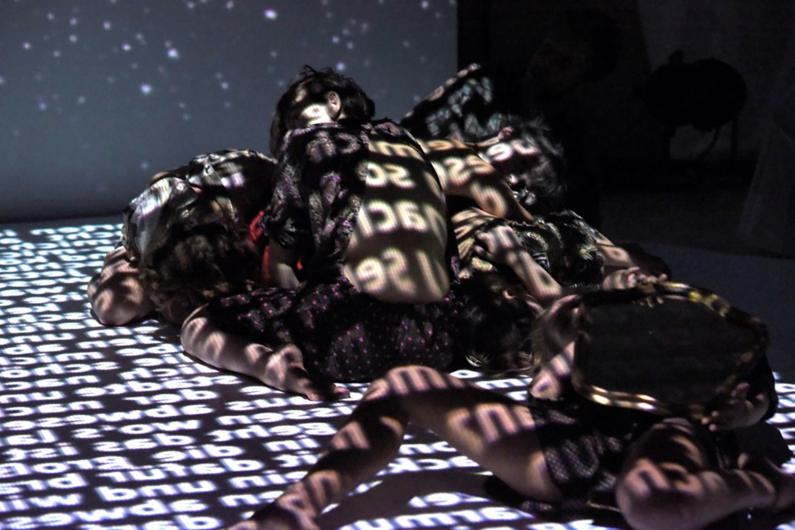 Touring the empty offices of the former Siemens Telecommunications building in Kempelengasse, this site-specific performance short-circuits fact and fiction, past and present. Mysterious men, including the inventor of the fog machine, a retired capitain of industry, and a one-eyed swine farmer will communicate through the buildings invisible wire networks. Their strange, real-life destinies will speak of past delusions and present-day dreams of industrial abundance. Knock onto the caverns hidden inside hollow cubicle walls. Hear the spectres of the 1990s IT-revolution returning to haunt today’s freelancers, start-up millionaires, growth hackers and gold-diggers.

Diorama is a performance dealing with the relevance of live imagery in the era of digital social media. What happens inside the diorama will be presented simultaneously on two stages, two platforms: the physical and the virtual one. On stage, the mechanism of the creation of an image will be exposed as Daphna Horenczyk is constantly manipulated by a changing setting. In the virtual platform, through the screen, the audience receives the ‘manipulated truth’, the final image without knowing the history of its creation. What happens on stage will be captured by a camera and posted live as instagram stories.

Daphna Horenczyk, born in Tel Aviv, is a dance artist based in Munich and Vienna. She graduated from the professional dance training program in Kibbutz Ga’aton. After one year of working as a dancer and rehearsal director, she moved to Salzburg to study in SEAD both in the performance and choreography programs. Since 2012 Daphna is choreographing independently for stage and for film. Her work was presented in various venues and festivals in Israel and Europe in addition, she is performing as a dancer for choreographers such as Anne Juren and others.

Hyeji Nam and mirabella paidamwoyo dziruni’s ongoing new work with msteahzah is a meditative experience composed with sound, visual arts, body and breath, which brings the performers and the audience into the state of euphoria and dysphoria. 안의 기억 (korean: an-ui gieog ≈memory inside) makes itself witness the fraction of a ritual which has been created and is still being created by the artists female bodies, emphasizing the importance of being abstract, abstract with the image, with the conclusion, with the body and with the now. 안의 기억 combines the aspect of visual arts, experimental music and contemporary dance in one captured space and transcends one’s mind into the moment where past and future are dancing with each other.

Hyeji Nam is an interdisciplinary artist working with the themes related to literature, sexuality, social taboos and cultural history. Finishing her B.A.F at Korea University, Seoul, South Korea, she is currently at the Academy of Fine Arts Vienna with Pro. Ashley Hans Scheirl. She produces performative films and has recently performed as part of the works from Ingri Fiksdal Diorama (2019) at brut Wien and Doris Uhlich Habitat / Halle E (2019) at Tanzquartier Wien. Recent projects are focused on inventing new presentation contexts and movement languages.

mirabella paidamwoyo dziruni, is a multimedia artist, using performance, sound, writing, installation and photography for their art practise. Currently they are studying at the Academy of Fine Arts Vienna, in the Contextual Painting Class with Ashley Hans Scheierl. They performed as a model for Donna Huanca’s exhibition Piedra Quemada (2018/2019) in the Gallery Unteres Belvedere. They also worked as a performer for Lukas Hofmanns work SOSPIRI, for which he won the Jindrich Chalupecky 2018 Art Prize.

msteazah is a divine spirit, loving the human experience on mother earth & who is expressing their emotions thru music. They explored the world in teenage years and gained great experience in Paris & their motherland Philippines, where they’ve got to reconnect to their guardian angels. Currently their mentor is Ashley Hans Scheierl at the Academy of Fine Arts, simultaneously they joined the event “Wien Woche” where they Co-produced the performance Walang Hiya/Sacred in Votivkirche.

The Rhizomatic Circus Collective opens up its rehearsal process and presents the first excerpt of the new project,that will enrol itself in a series of performative modules, that interconnected will form one piece, inspired by the anarchist/anti-capitalist/ dadaist/social and eco visionary utopian book bolo bolo by the Swiss Author P.M., published in 1983. Dysruption – like dysko! uses the driving beat of the planetary work machine (which is described in the book) as a base line and forms a multisensual realm for the training of dysruptive practices. The confrontation on human and prosthesis and its inherent potential of extension and limitation, is a physical core element of this performative first training block.

The Rhizomatic Circus Collective, formed in February 2016, is a fluid collective, in which between 10 and 40 people are active, depending on the production phases and collective processes. The Collective works on different levels, striving in different directions, but connected as a network, which forms a fruitful creative milieu. A Culture of anarchic connectivity moves the social fabric of the Rhizomatic Circus Collectives, where many people put together diverse parts and empower themselves to create megalomaniac or miniature, genre-bursting, sensual art spaces.

HUGGY BEARS is a support plattform by artists for artists founded by Superamas. It provides mentoring in various fields for emerging artists to help professionalize their work. The selected upcoming artists recieve a yearlong support that offers studio space as often as needed, workshops, artistic and administrative support, networking, public showing, sharing and eventually presenting under professional conditions. As part of the brut series Handle with care the currently supported artists give the audience a sample of their works eventually premiering in WUK in September 2020 under professional conditions.

The Handle with Care series grants sneak peeks into processes of artistic creation, experimenting with new formats and creating spaces for talking and the exchanging of views. Artists get the chance to try out parts of their work in front of a small audience, to receive feedback and to turn spectators into accomplices.

A cooperation of Huggy Bears and imagetanz / brut Wien 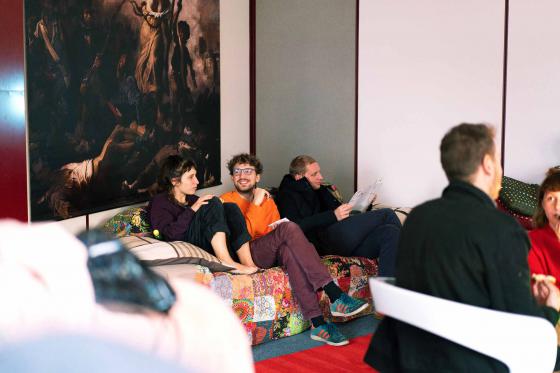 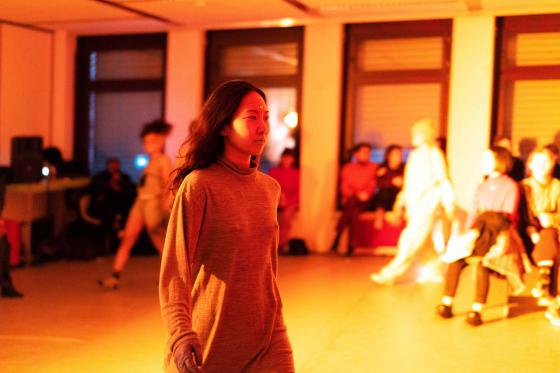 Interdisciplinary artist Hyeji Nam shares with us her recommendation on what to read.