One of the ocean’s most charismatic animals is at the centre of this performance entitled OCTOPUS. A ship-devouring monster, exploited for political propaganda and as material for literature, art and film, the octopus plays all kinds of roles, mostly that of embodying the Other. Driven by desire, Navaridas/Deutinger/Szalay have devised a “tentacular” narrative inspired by a damn elegant sea-dweller. 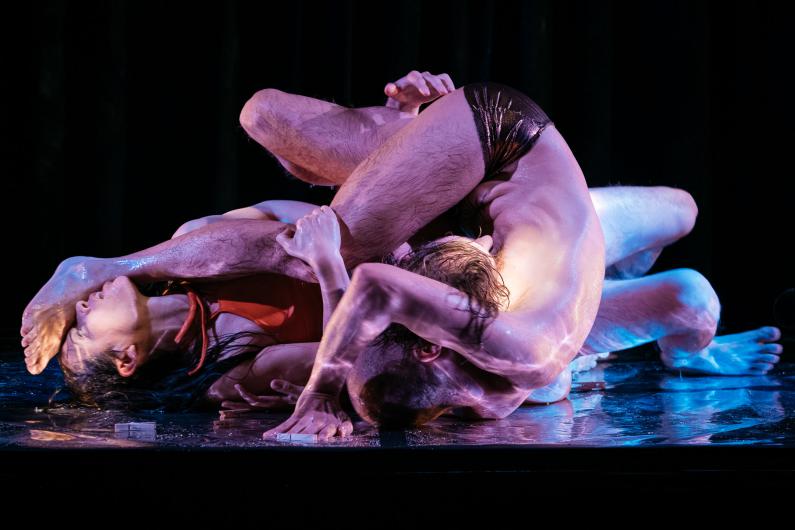 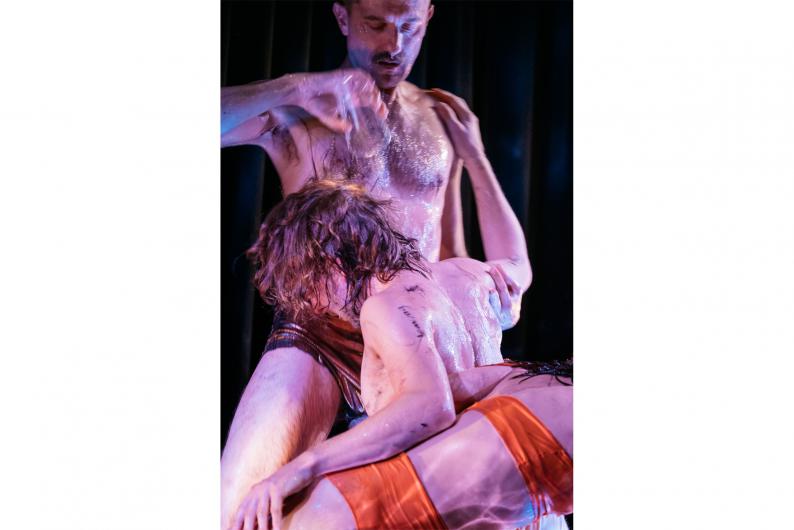 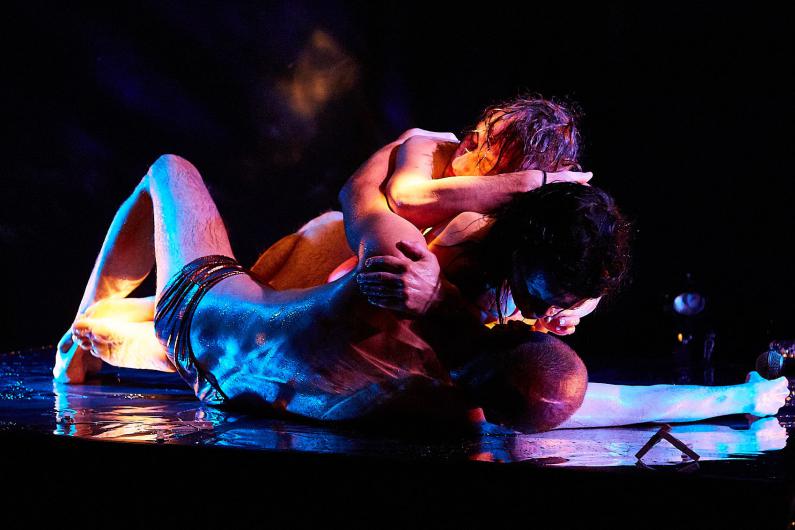 Full of humour and sensuality, OCTOPUS lures audiences to an underwater world that has entirely different rules. Breezing seaweed, stirred sand and a spherical mix of live music, lights and video create a sense of this other world – a world where an eight-armed animal with three hearts, nine brains and blue blood opens up new forms of thinking and articulating, touching us in possibly unknown ways. You look at the water and ask yourself: Who are you?

The work of Graz-based translators/performers Marta Navaridas und Alex Deutinger is characterised by a combination of choreographic, textual and musical elements. The two of them have been working together as a duo since 2007. Their pieces were shown in such contexts as the Abrons Arts Center New York, Gessnerallee Zurich, the Maison de la Danse Lyon and Dansens Hus Stockholm. OCTOPUS is their first collaboration with Graz-based poet and author Christoph Szalay.

“You cannot escape this pull, this message of love, you can just pleseantly succumb to it.  After this, you are a “better human”, attentive, loving, playful. A real treat.”

“Marta Navaridas and Alex Deutinger together with Christoph Szalay dedicate themselves to a sensual flow of movement, a dreamlike human harmony of giving and taking. Yet, they do not lose their critical stance, which is relentlessly proved in the final sequence.”

"In a wonderful mix of humour and sensuality they celebrate a poetic togetherness and entanglement of bodies, interspersed with passionately delivered musical flirts with pop-hits such as “Because the Night” or “Believer”. "

a gentle experiment between the everyday and the event 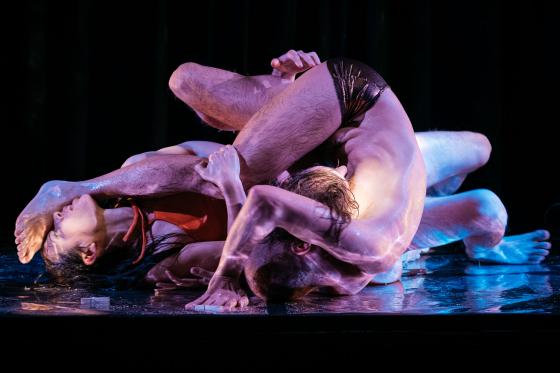 Nora Hofmann, student of „Sprachkunst“ (Language Art) at the University of Applied Sciences Vienna wrote a letter to love inspired by "Octopus" by Navaridas/Deutinger/Szalay

Online premiere of the music video on brut-wien.at