a gentle experiment between the everyday and the event

Poem #5  is part of a series of events pertaining to Noa & Snow, a gentle experiment between the everyday and the event.  Initiated by choreographer and dancer Alix Eynaudi and located at the crossroad between curating, writing and choreography, Noa & Snow wants to open a space where art meets other ordinary work activities. brut is a long-term partner of this project, as well as the Volkskundemuseum Wien where, this time again, Poem #5 will be hosted as an event in the frame of Wien Modern 2020. For this particular edition, guitarist Tom Pauwels and pianist Han-Gyeol Lie will join the project, as well as poet Mihret Kebede, sound engineer Paul Kotal and dancers Mark Lorimer, Cécile Tonizzo and Lydia McGlinchey. 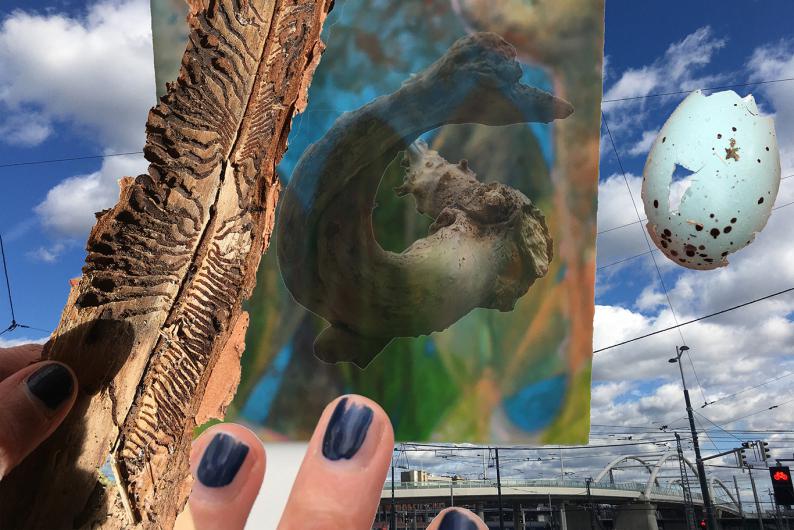 Alix Eynaudi: Noa & Snow – Poem #5 a gentle experiment between the everyday and the event

An introduction to poem #5 by Alix Eynaudi:

poem #5, a stray event, a vehicle, a vector, a transport device: a flying carpet! a cloud piercer.

And us the emulsive f/actors, the whips that whip the cream, an ‘undomesticated menagerie’ (wrongly quoted Mark Foster Gage) of inheritances, installed inside each others’ presences, chewing and tuning frequencies in and out of our every days. Tom Pauwels, Mihret Kebede, Cécile Tonizzo, Quim Pujol, Lydia Mcglinchey, Mark Lorimer, Han-Gyeol Lie, Paul Kotal, Ujjwal Utkarsh, Alix Eynaudi, Eva Holzinger. Paula Caspão and An Breugelmans too, our winds from afar.

A meditation on entering an a-chronological abyss, prophetically practiced. This abyss is not an abyss that goes down – neither a horror movie, we love horror movies – rather one that swirls and twirls and turns itself inside out, making friends with everything it thinks about, an abyss of meteorologies where even the notion of altocumulus is a thought that can be slid under the skin. The shores of a book let droplets swing by, humidity in-fusing the naked fruits and finger pulps. Adore, adorn someone else’s work. Choose to look at copying as a throw, one that sings you a little closer to the air, a moisture leaving your skin, cloudlessly dissipating injustice for vaguely is wavily in French, bringing us to the shore once again. Mesh of friendships scintillating under skins, a stirring of wonder-ful support. Sporting-joints echoing lecture-raps, rhapsodies of foils, folle, foule. assemblies, oscillations, laborating and liberating the texture of the day together ensemble, re-assembling, at the window.

“I think that writing, in general, you know, is a constant disruption

of the means of semantic production, all the time.“

A particularity of the public eruptions of Noa & Snow is that they are writing ateliers: the hosts/artists/team will be designing notebooks, each of them unique, for their guests; as the performance unravels, the audience is invited to write, draw, doodle around, pen in hand, pen-siveness deployed. Everything taking place in the space is to be considered poetry.

Alix Eynaudi was trained as a ballet dancer at the Paris Opéra. She then worked in various ballet companies before entering the first promotion of P.A.R.T.S. in Brussels. In 1996, she joined Anne-Teresa De Keersmaeker’s company Rosas where she danced for seven years. Since 2005 she has been creating numerous pieces, her own and in collaboration with other artists such as Anne Juren, Boris Charmatz, Jennifer Lacey, Jason Dodge. Alix’s artistic practice also involves teaching. In 2019, she was awarded a PEEK grant by the FWF for the project Noa & Snow.

Funded by the FWF (the Austrian scientific fund) via PEEK, program for arts-based research, project AR 553.