Every society has upper and lower strata. For eight years the Brazilian choreographer Alice Ripoll has been working with the dancers performing in aCORdo. As black people living in a favela, they are familiar with the Brazilian police’s methods of keeping the poor segment of the population away from the rich by means of control and intimidation. The Portuguese word “acordo” can mean many things – it could be an agreement, for instance, or a wake-up call. In Ripoll’s spelling of the word it also means “the colour of”. But what agreement did the social majority make with those regarded as “of a different colour”? Are they only seen as a living, breathing cliché, as potential criminals and as cheap labour – or also as people? The four dancers open up a space with their movements in which other types of encounters become possible. And in which our own reflexes and prejudices come to the surface. How does it feel to suddenly be face to face with those from whom we are otherwise “protected”? And why have we suddenly tightened our grip on our belongings? 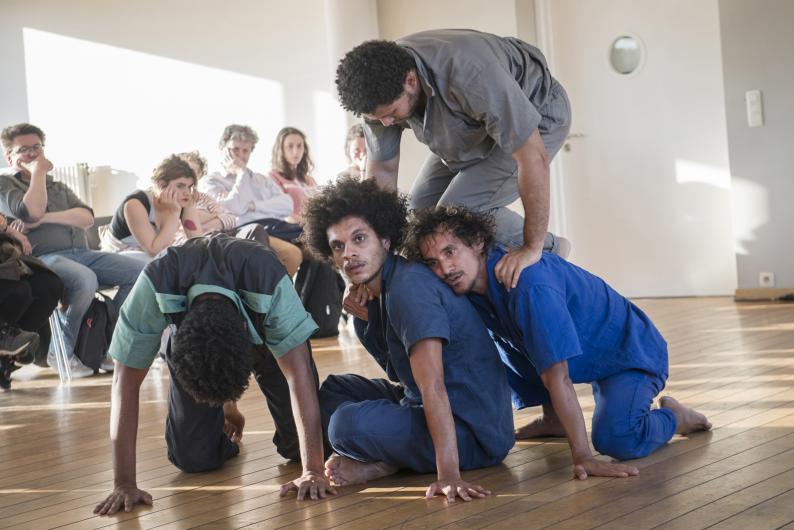 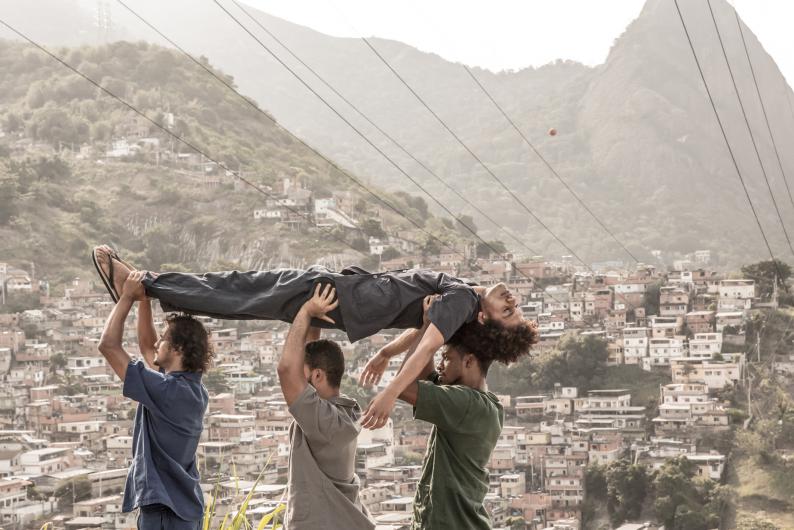 In 2007 the choreographer Alice Ripoll was teaching dance in an NGO for boys from a carioca favela. They were about 18 years old, had a hip hop group, and became interested in contemporary dance. The NGO finished its work, so they decided to go on by themselves, with no sponsors or support, rehearsing in an old church in the favela where they lived. Alice showed the piece that they were developing to a curator of Panorama’s Festival in Rio, who decided to put it on the programme. After this successful piece, the group never stopped creating, mostly without support, but always with a lot of strength and passion, during all these years, becoming a reference in Brazil of a company that elaborates and recreates contemporary art. With director Alice Ripoll and the performers Alan Ferreira, Leandro Coala, Tony Hewerton, Luiz L.A. and Romulo Galvão the group composed three contemporary dance shows, including (aCORdo).

Alice Ripoll is a Brazilian choreographer and director of the groups Cia REC and SUAVE.  Born in Rio de Janeiro, she studied to become a psychoanalyst until the age of 21 and then took a deviant path and started studying dance, as she felt very curious about the body’s possibilities and movement research. Alice Ripoll graduated at Angel Vianna’s school, an important centre for dance and motoric rehabilitation. Her works have been performed at several festivals in Brazil, as well as internationally.