This February, the performance collective Nesterval will take their audience to a Viennese Buschenschank (wine tavern) to experience an immersive theatre adventure. The audience will become involved in a dramatic story of a wedding in a remix of feminist literature of the 19th century, Austrian Heimatfilms and the grim reality of the lives of mountain farmers. Visitors become actively involved and may join the quest for the magic that we attach to our origins, trying to answer the big questions concerning foreignness, violence, love and guilt. 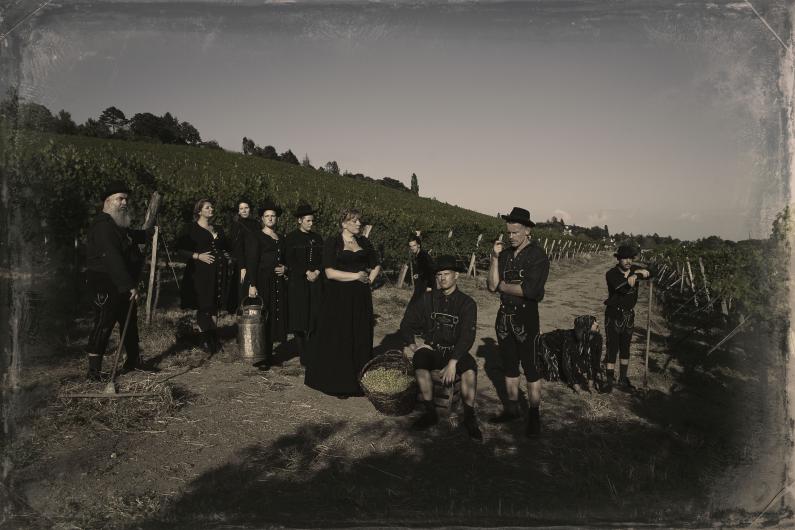 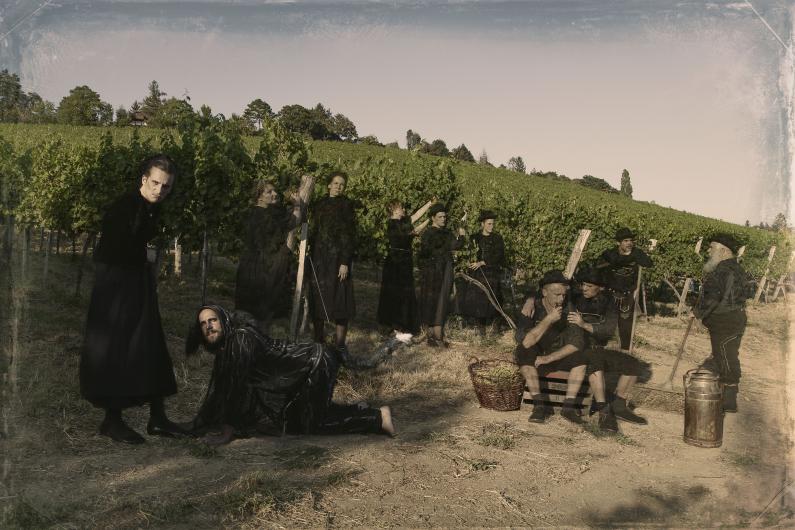 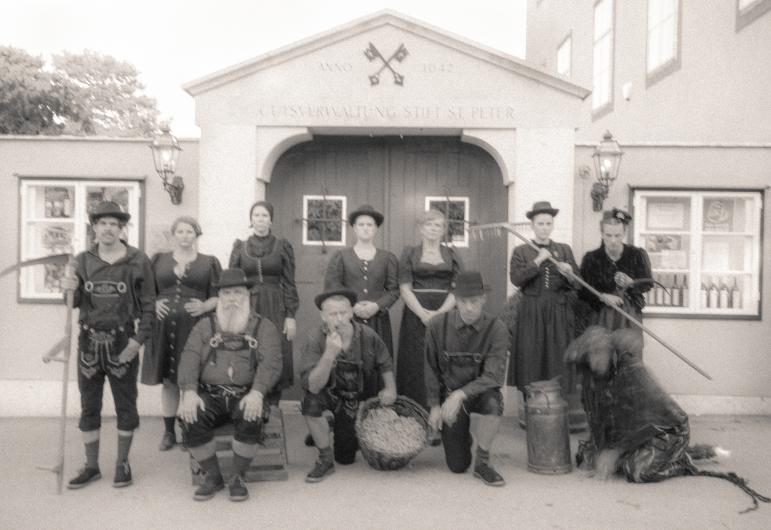 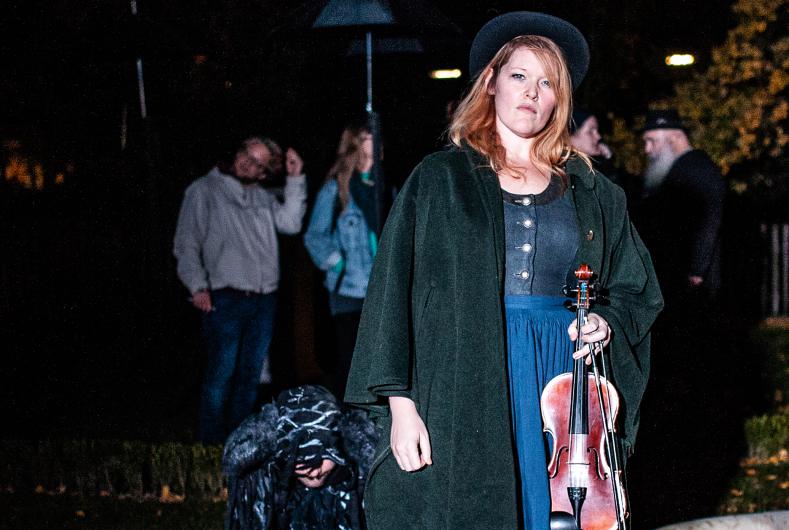 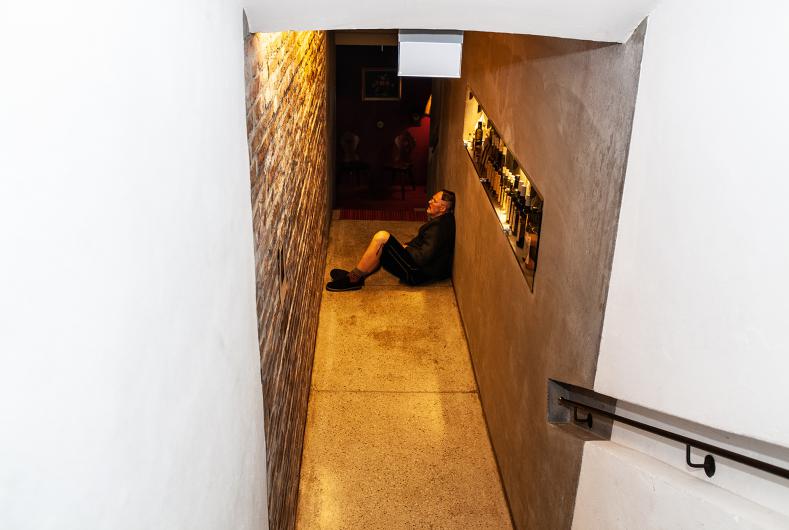 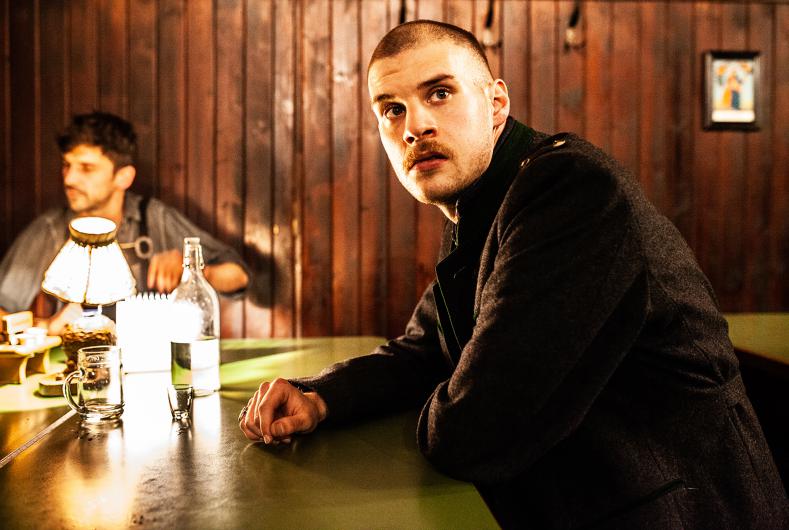 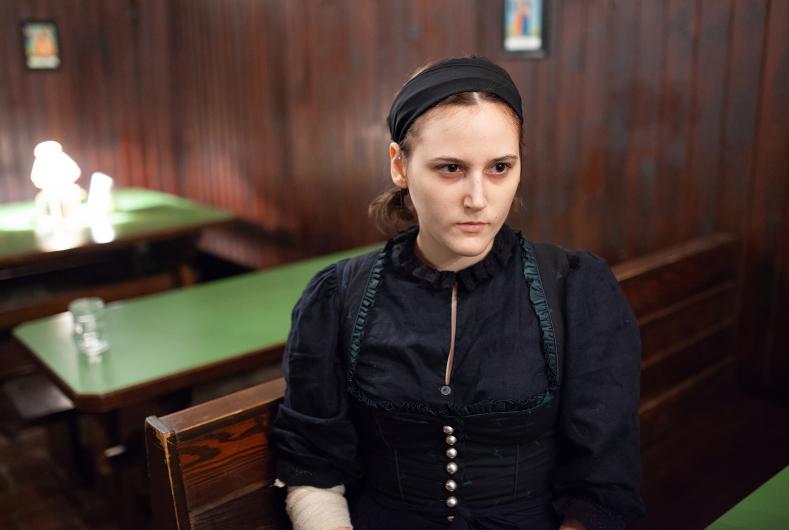 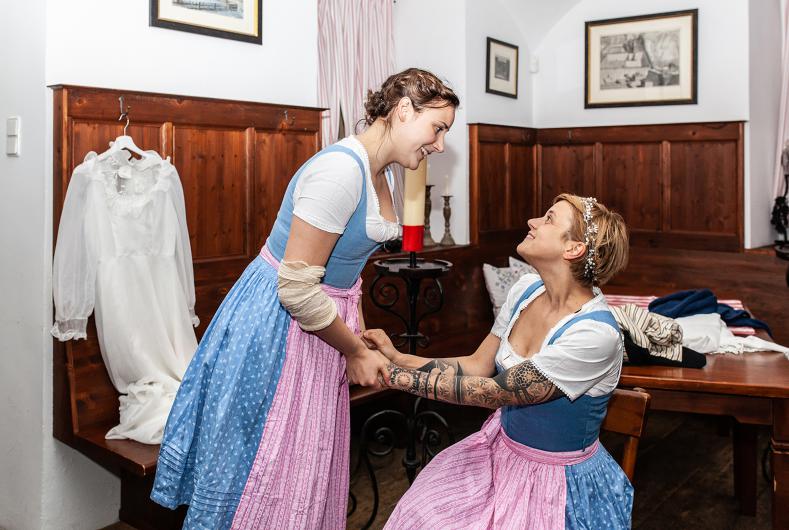 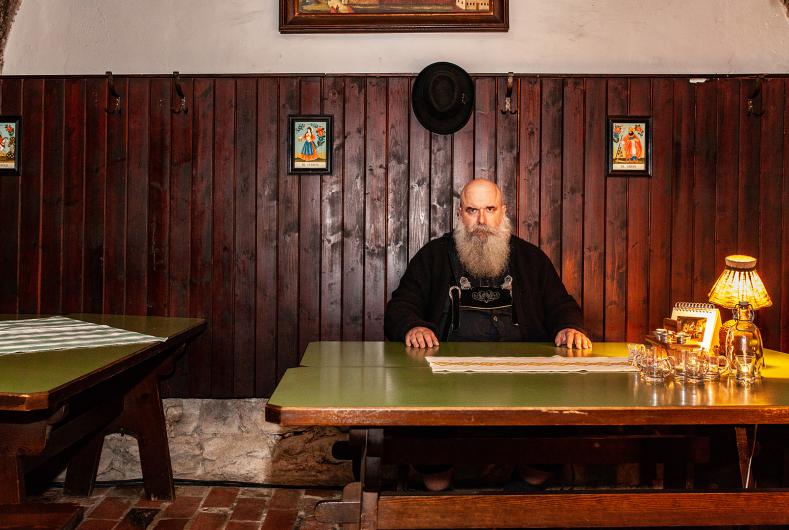 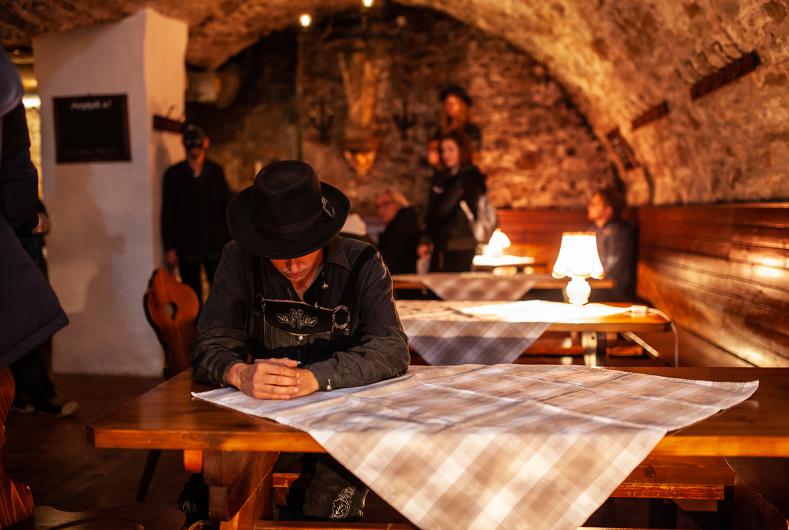 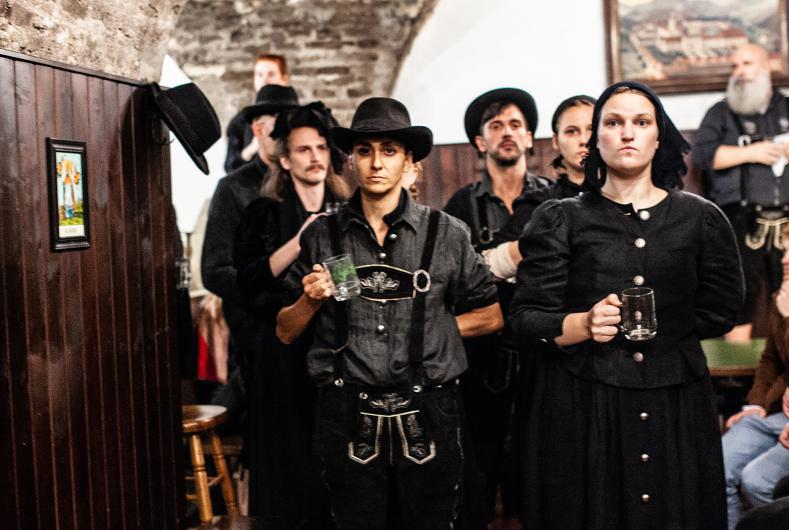 Anna-Lisa, a farmer’s daughter, is preparing for her wedding with Johannes, a farm servant, when her past suddenly catches up with her. Two uninvited guests make their appearance in the village, bringing with them their knowledge of a heinous crime. The perfect idyll is becoming disintegrated, violence and hatred sweep over the villagers after the silence of generations has been broken. And what had actually been meant to end in a wedding starts with a funeral reception. But how did it come to this turn in the story?

The participants become actively involved in the plot, trying to find their own truth as a group. Do you want to become part of the community or will you rather find yourself among the group of outcasts and serfs? In the little village in the middle of nowhere, xenophobia and self-loathing are closely associated sentiments.

Figures and plot elements are based on the works by the humanist author Marie von Ebner-Eschenbach (Krambambuli, 1885) and the Finnish author and feminist Minna Canth (1844-1897). These literary references from the 19th century are brought together in a Heimatfilm setting (Call of the Forest, the film version of Krambambuli from 1965 by Franz Antel). In their new adventure, Nesterval blend gender roles and role models, opening the concept of home for a pluralistic society.

Nesterval’s cast includes performers, drag artists, amateur and professional actors, who will outline the history of the Nesterval family in various constellations. In a mix of classic gaming and immersive theatre, Herr Finnland and his team create performance adventures that turn their participants into actors in the play, authorised to determine what happens next. The Nesterval productions include last year’s co-production with brut Wien Nesterval’s Dirty Faust (2017–18) and Nesterval’s Struwwelpeter (Karlsplatz.org, 2018), Nesterval. The Final Ball (imagetanz Festival, 2016) or The Return of Eleonore Nesterval (steirischer herbst, 2015). www.nesterval.at

A co-production by Nesterval and brut Wien. With the kind support of the City of Vienna’s Department of Cultural Affairs and the the Austrian Federal Chancellor’s Office's Departement for Cultural Affairs.

Premiere buffet Nesterval with the kind support of the Hannovermarkt Catering

On 22 October at 5:30 pm an Instawalk in context of Das Dorf is taking place and will reveal some details about the upcoming adventure. Further information and registration here