Looks like it has begun III – Please take your seats!

brut gets a new temporary venue – the brut nordwest – in a vacant industrial hall right next to the Augarten. The hall is currently being adapted. The article series "Looks like it has begun" reports on the development phase and what the brut audience can soon expect at this new location!
Let's talk about brut brut nordwest 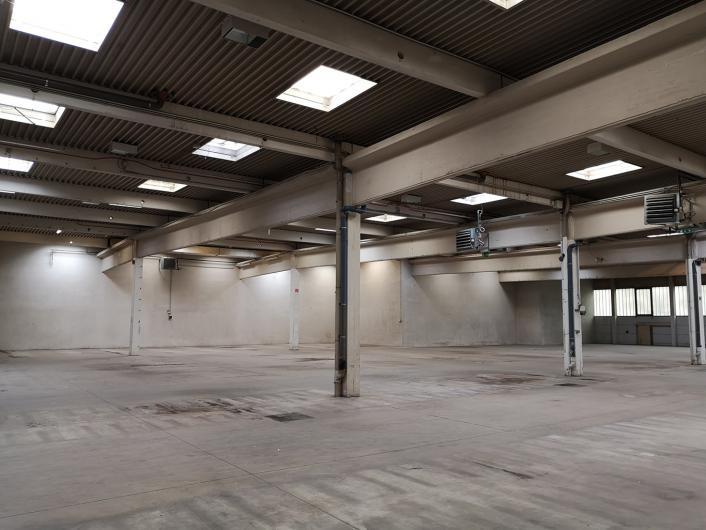 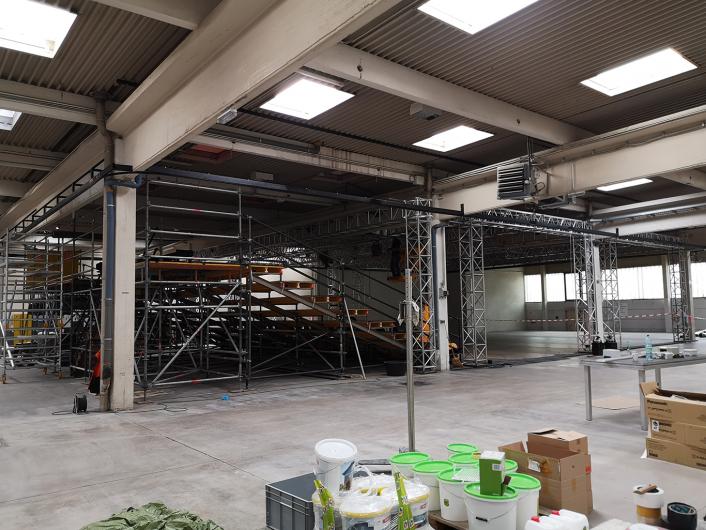 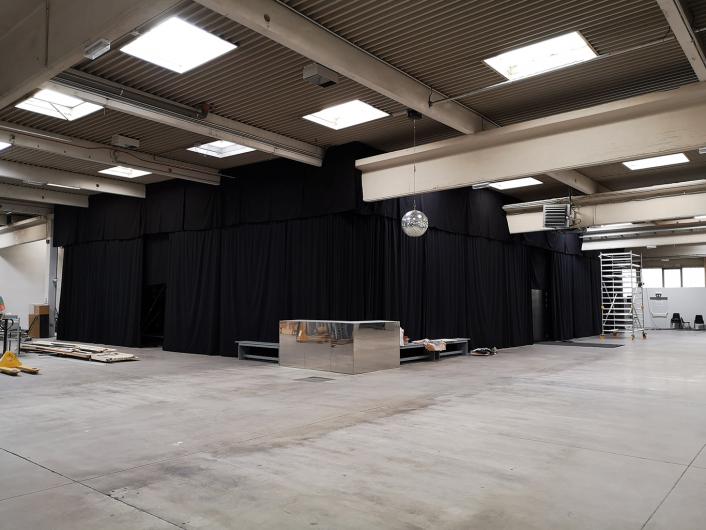 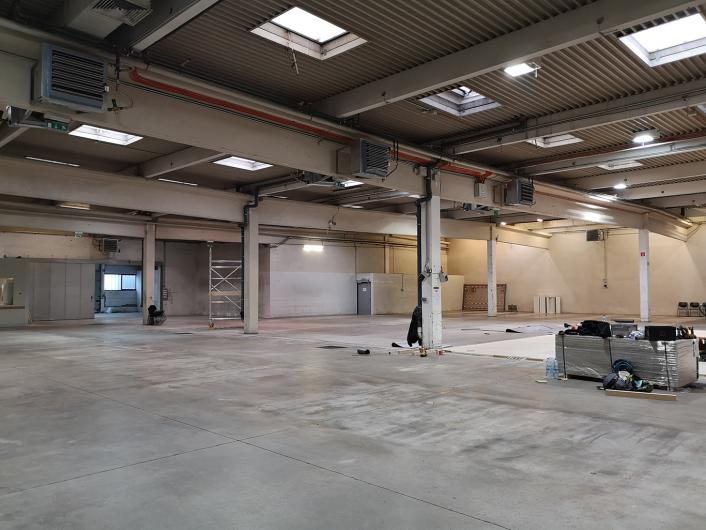 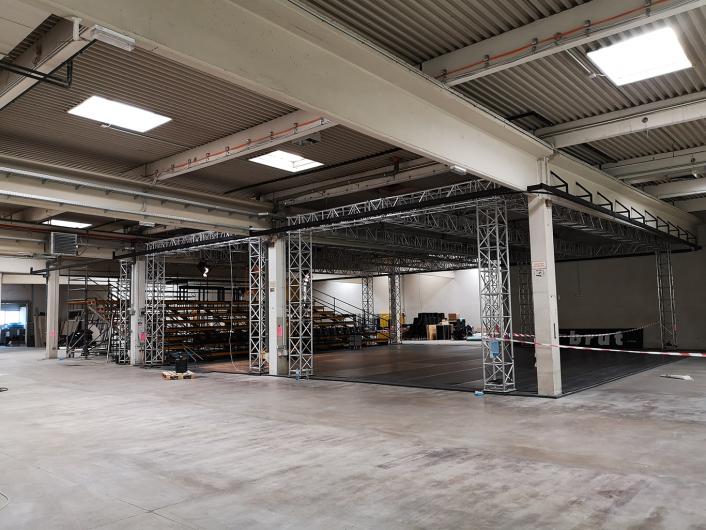 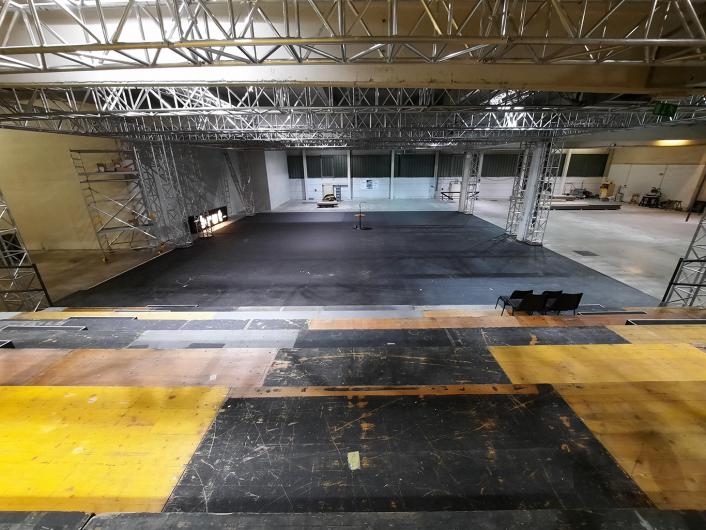 A lot has happened in brut nordwest over the last few weeks and months to adapt the former industrial hall in the 20th district to a theater. On the checklist for the first premiere in front of an audience, only a few points have to be done. Now that a lot of black molton transforms the center of the hall into a black box, t is no longer difficult to imagine the first evening of the premiere. Rehearsals have already started!

How much material and individual parts it takes to put together a theater is only really noticeable when it is taken apart into its individual pieces and then reassembled. Headlights, loudspeakers, projectors and much more come from brut's own inventory. Fortunately, with such a large item as the grandstand, the Wiener Festwochen as a long-term cooperation partner helps out. The grandstand including chairs will seat 180 people. Together with the Wiener Festwochen a good synergy has come into being.

A huge locational advantage of the new building is its accessibility. All viewers can come through a level access from the street to the black box. There are two permanent spaces available for wheelchair users. The old toilet facilities were adapted for temporary use and expanded to include a toilet for people with disabilities in order to enable accessible events for the audience.

Before the audience, the first brut artists moved into brut nordwest last week and started rehearsing at the new location. Namely in the now finished black box: an enormous amount of black moltons was necessary to shield the stage area from the rest of the light-flooded hall. After sufficient darkness had been ensured, the lighting, sound, video and stage technicians went to work. Now the theater space is finished and we are ready – we are rehearsing and looking forward to the first audience visit. What it looks like backstage in brut nordwest is part of the next issue of Looks like it has begun.

Looks like it has begun II – Stage clear at brut nordwest

Work continues in brut nordwest. brut has performed at 90 venues in 19 Viennese districts over the past few years - some of them in places completely unfamiliar to the theatre, such as on the lakeside of Seestadt Aspern or in the huge laundrette of the Matteottihof in the 5th district. The many experiences in adapting new theatrical locations are now benefiting us! And yet it is something quite new to transform a former factory hall into a theatre venue for several years. . . . 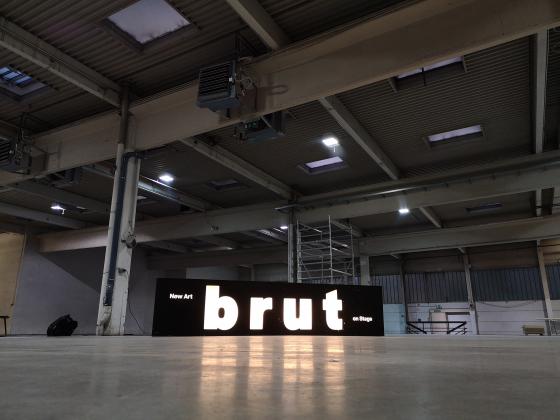 There's already a lot going on behind the scenes at brut nordwest and we can't wait to welcome our audience here. Until the completion of the future permanent venue in St. Marx, brut will find a new temporary home in the Nordwestbahnstraße for three years. The nomadic existence of the last few years will come to an end except for the further planned site-specific projects. Until the moving to St. Marx, brut nordwest will become the center for New Art on Stage in the 20th district. studio brut will continue to exist as a secondary venue in the 7th district. The “Looks like it has begun” magazine series will shed light on the background to the development of brut nordwest. In the first issue: How did the brut get on the Nordwestbahnstraße?