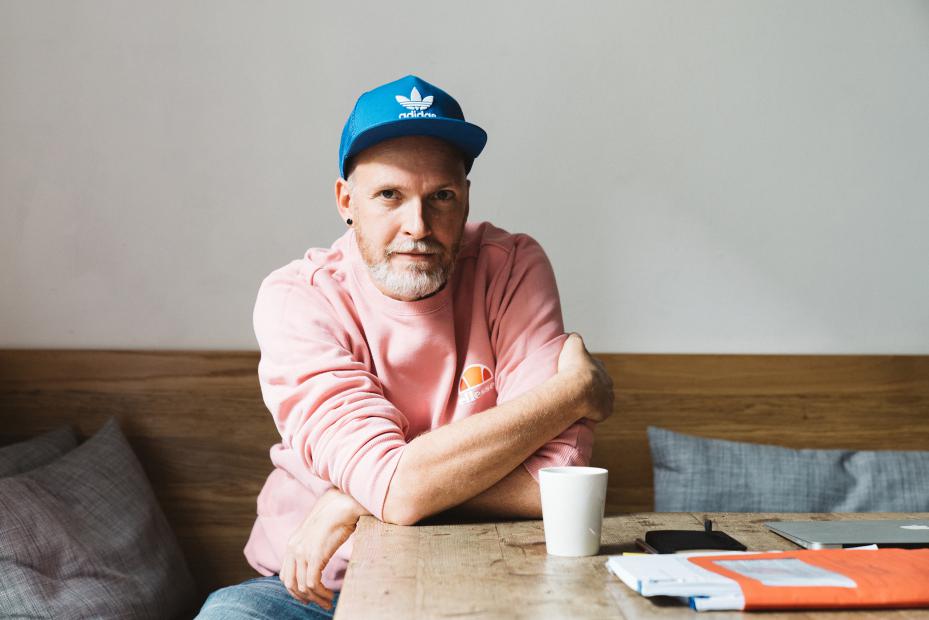 Before he took up writing novels, Christopher Wurmdobler worked as a journalist for a very long time. In the autumn of 2019, he published his second novel (Reset, Czernin publishers). News was followed by fiction, but what happened in between? Christopher Wurmdobler is now ready to present hitherto unpublished material he wrote in this very phase of change in a lecture performance entitled Back to Square One. In this “in-between piece”, he portrays the life of a group of outsiders in early 1980s Los Angeles using image captions and stories based on fifty found – and staged – photographs. In doing so, he creates miniatures on Carlos, Cody, Beth, Trish and other glamourous characters eking out a gloomy living in a Los Angeles suburb in the early 1980s.

Christopher Wurmdobler studied applied theatre studies in Gießen, worked as a journalist for a couple of years and now makes books and – as part of the Nesterval ensemble – theatre. His most recent novel Reset was published by Czernin in autumn 2019. He lives and mostly works in Vienna and is happy to keep it that way.