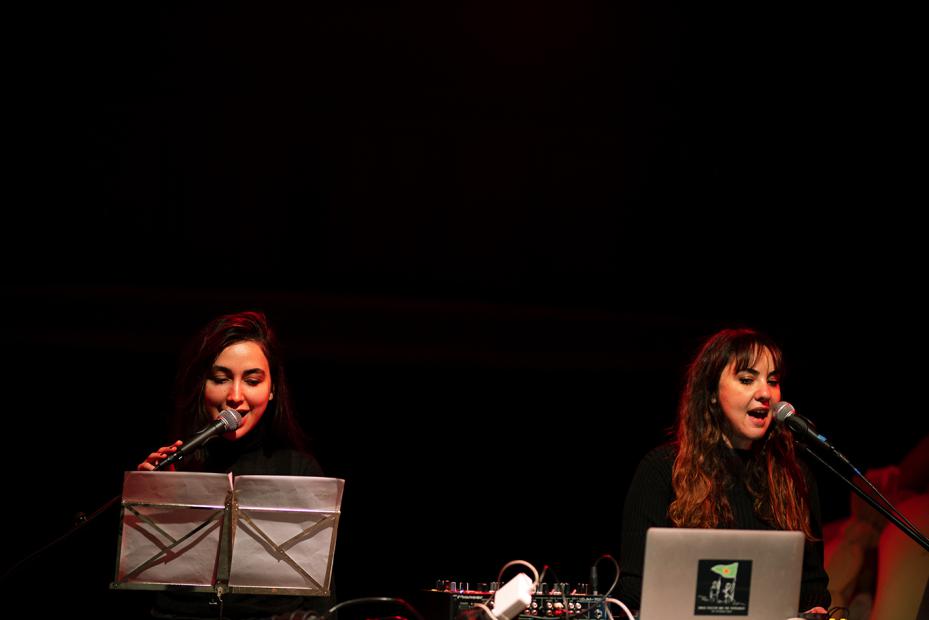 Shayma & Seba, the first Kurdish female art and music duo in Vienna, uses spoken word, sound poetry and electroacoustic music as an expression of rage, resistance and cultural healing. As women of color who experience intersectional discrimination in a racist society, they bundle their anger in a fusion of "Dengbej" (a historically Kurdish form of music and storytelling), Anatolian sounds and techno, house, acid and trap.

Betül Seyma Küpeli (Shayma) is a concept artist, singer-songwriter and cultural mediator. She studied architecture and fine arts. In her work, she deals with the following topics: post-migrant and intersectional knowledge, socio-political and socio-cultural conditions and urban planning. With intermedia forms of expression such as video art, sound art as well as visual and performative art, she creates connections and breaks at the same time. She is currently working on a coming-of-age science fiction animation film. In 2016/17 she received the scholarship from kültür gemma. Until 2019 she worked as part of the project Stadtrecherchen with the Burgtheater. In 2018 she founded the first Rap-Chor with Esrap. She has been working as a media expert at IOM since 2019. In 2020 she was invited by the Festival der Regionen design the festival with the artistic director. Together with Seba Kayan, she created the music and artist duo Shayma & Seba. The concept of Oriental Futurism is the foundation of their sound, in which they fuse Anatolian sounds and singing with electronic rhythms, techno, house, acid and trap.

Seba Kayan is a Djane, artist and sound artist. In 2017 she developed the projekt Kreativplattform, which opens up a space for artists and designers to place their artistic work in a new context, in which the space co-determines and influences the works. As part of the Vienna Design Week 2016, she curated the project Margare's Place. In 2018 she founded electro yoga, a format that combines yoga and electronic music. She works transdisciplinary with different genres and creates connections between music and art. Since 2019 she has dedicated herself to the musical genre Oriental Techno. She is currently working with Betül S. Küpeli under the stage name Shayma & Seba as the first Kurdish female music and art duo. Her music is inspired by the idea of ​​Oriental Futurism.