Presenting international guest performances, dance premieres by young artists from Vienna and across Austria, studio visits, workshops and talks, the imagetanz festival marks a beloved March highlight of brut’s programme. Even though planning is not the easiest thing to accomplish at the moment – for reasons known all too well –, we hereby declare that imagetanz 2021 will take place! While it will be somewhat different in shape and duration, its way of being experimental, young, new, international and exciting will be unaffected. We called this instalment the Emotional Support Festival because we know how hard these times are – for many of us, all over the world. That’s why we’re here, that’s why we keep going: We will be improvising, we will be digital and we will use hybrid formats to actually get involved with this present in order to shape it instead of just leaving it to itself. 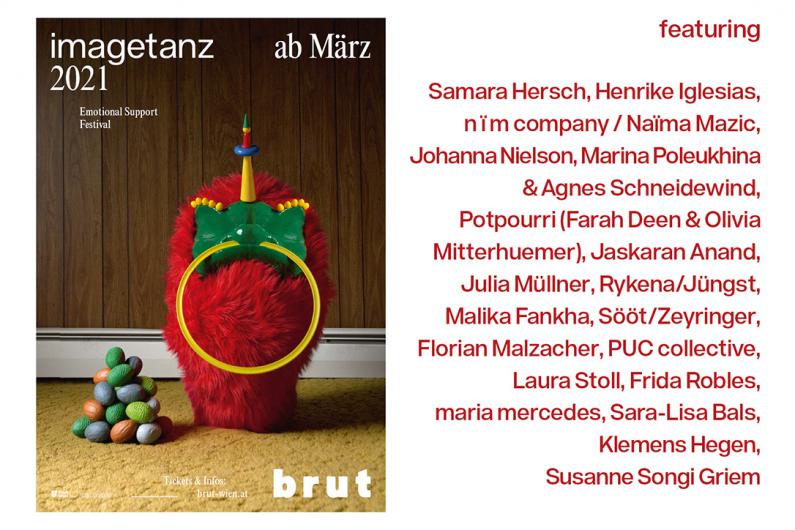 The curator of the festival Flori Gugger interviewed by Ö1 Kulturjournal

with contributions by Laura Stoll and PUC

Library of Unfinished Memories // Fish and Swan in Negligee

gathering bacteria in my carrier bag

with contributions by Frida Robles and maria mercedes

eleven. each print in the mud fills with honey