Nazi Superhumans are Superior to All of You

The Horror of the Ordinary

Whether it is the lives of pirates, mythical Japan or the Town Musicians of Bremen – the performance collective Showcase Beat Le Mot has radically processed historical issues and stories since 1997, using brute humour and crossing lines in buoyant sarcasm. Their current project concerns Nazi superhumans traveling time and ignites a wildly humorous play on what is politically incorrect. 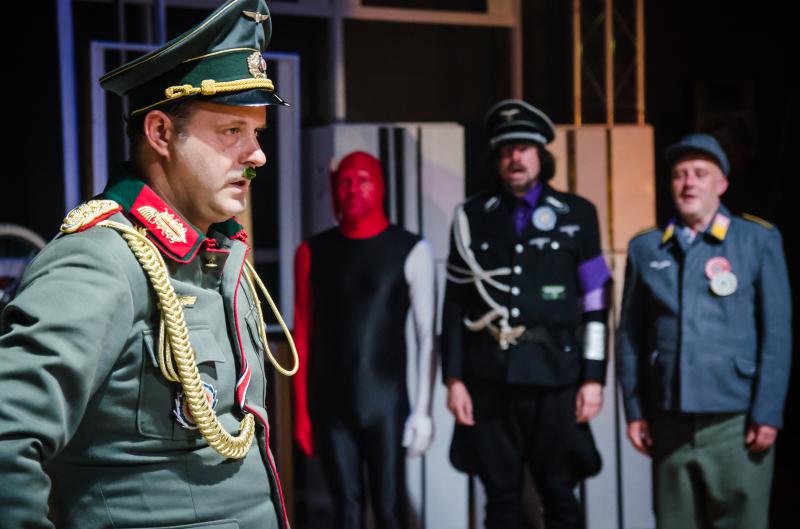 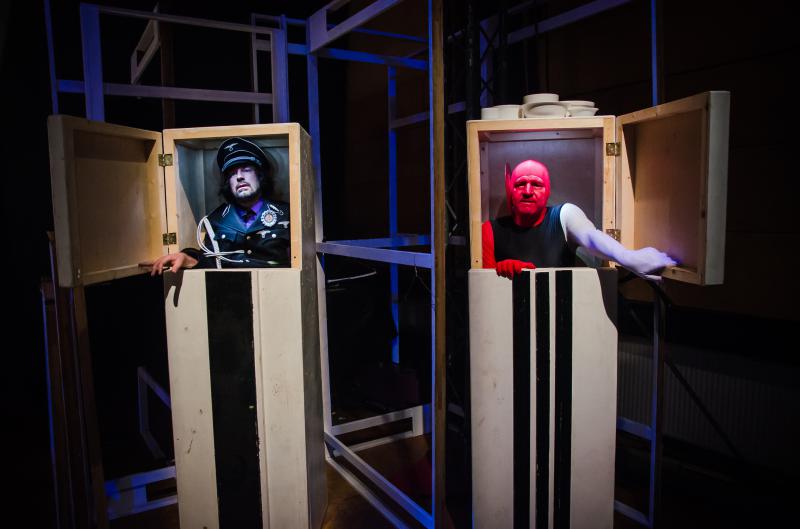 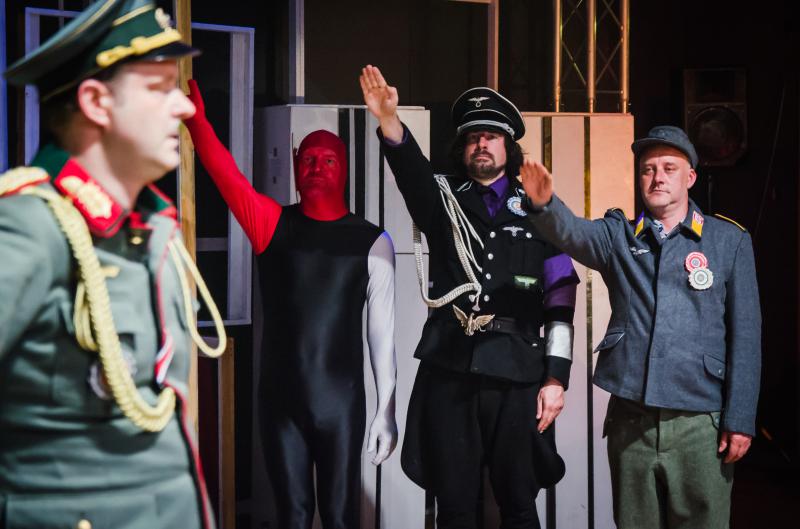 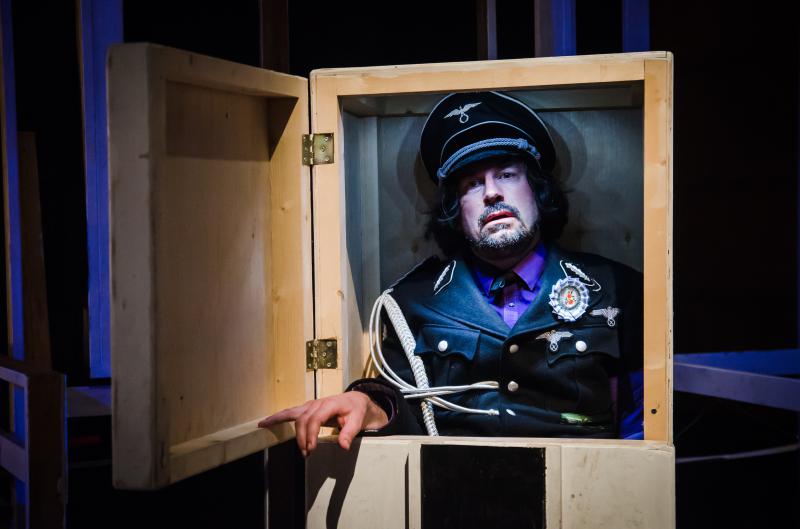 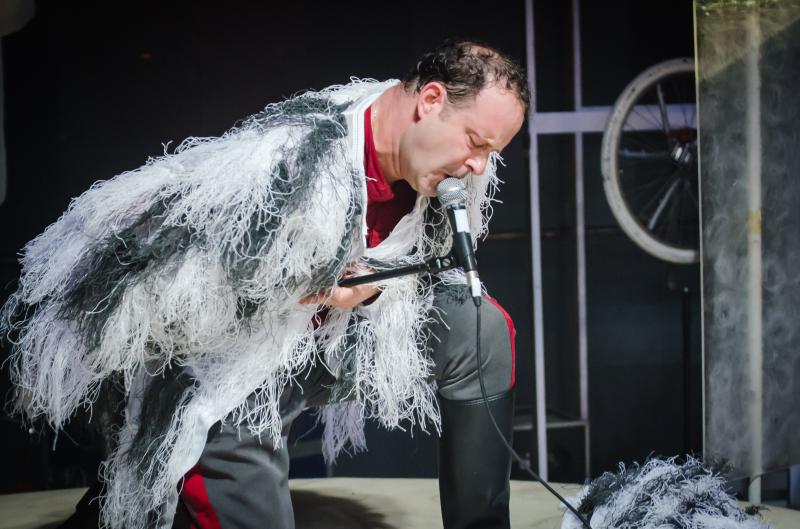 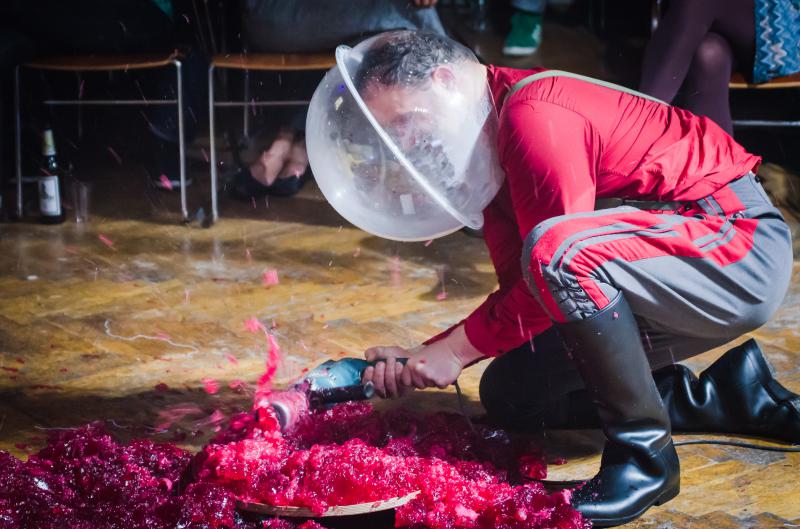 It all starts with four Nazi superhumans on a trip to the past. Wernher von Braun discovers the ingenious plan for a time machine in a nicked phone book belonging to Albert Einstein. The four employers of the Reich Chancellery use the time machine to travel to the past to prepare everybody for the arrival of the Führer, Alfred Hitler. On their trip through the ages, the four performers meet characters such as Julius Caesar to train them in doing the Nazi salute, fight for Excalibur at the side of King Arthouse’s knights and join the Last Supper.

The four-membered performance collective Showcase Beat Le Mot was established in 1997, based on the Applied Theatre Studies in Gießen, Germany. The independent company likes to evade the rules of the municipal theatre apparatus and strive for autonomy, collective decision-making and unconventional forms of action and expression. Showcase shows are typically vast patchworks of self-written songs, choreographies, videos, objects, narrative texts and occasional dialogues.

Attention: We show the piece on 7 October in it's German language version. The English version can be seen on 8 October.

“It’s an informal show that defies the conventions of dramaturgy. Intelligent, at times violently cheesy jokes make for hilarious amusement. … Showcase Beat Le Mot love to cross boundaries by cultivating the gleefully sarcastic play with what is otherwise unspeakable. That said, what is offered here with a certificate of political incorrectness and blasphemy rests in fact on a very solid moral basis. …” Mitteldeutsche Zeitung

“We would like to add something to the official historical canon, that has constantly varying coordinates anyway. At worst, we pull the subject of National Socialism from the pedestal of being untouchable down to becoming trivial. But we don’t do it to play it down or to put it into perspective but to keep the controversy and the memory alive. … All important, horrible events in history require a form of artistic retelling.” From an interview with Showcase Beat Le Mot, Bern 2015