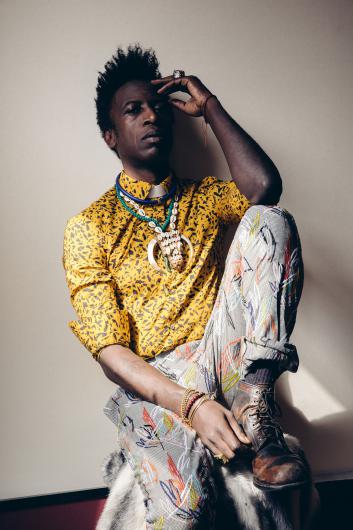 The waiting has finally come to an end! In October Saul Williams honours brut with a concert of his energetic hip hop music and his brand new album MartyrLoserKing. For the extremely critical and political album, the author, rapper, and musician worked together with many top-level artists.

Recorded in Senegal, Reunion, Haiti, New Orleans, and New York, the multimedia album combines the sounds and influences of these different places to a global music experience. Sometimes gloomy, sometimes energetically fast or heartbreakingly sad, the live shows make this extraordinary sound tangible. Williams, who became famous with his debut Amethyst Rock Star (2001), with his poems, texts, and also as an actor, originally comes from the New York poetry slam scene of the 80s and inspires his audiences all over the world with his strong stage presence, his coolness, and his charisma.

Tickets are also available at Jugendinfo.