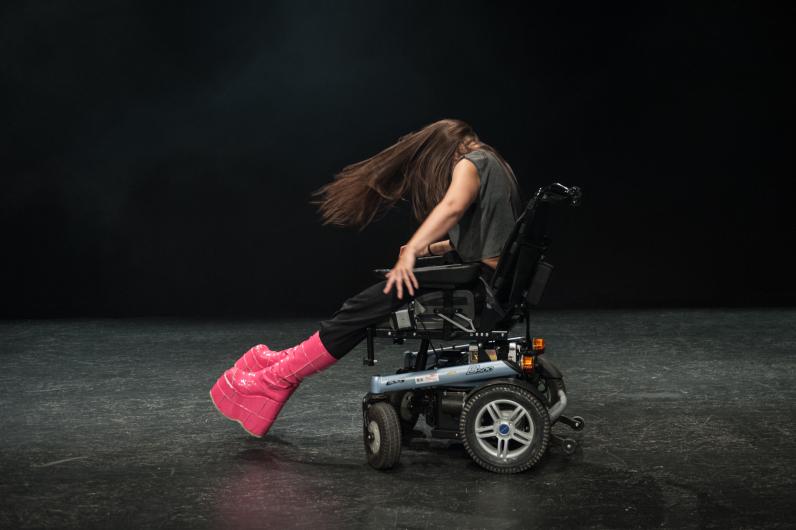 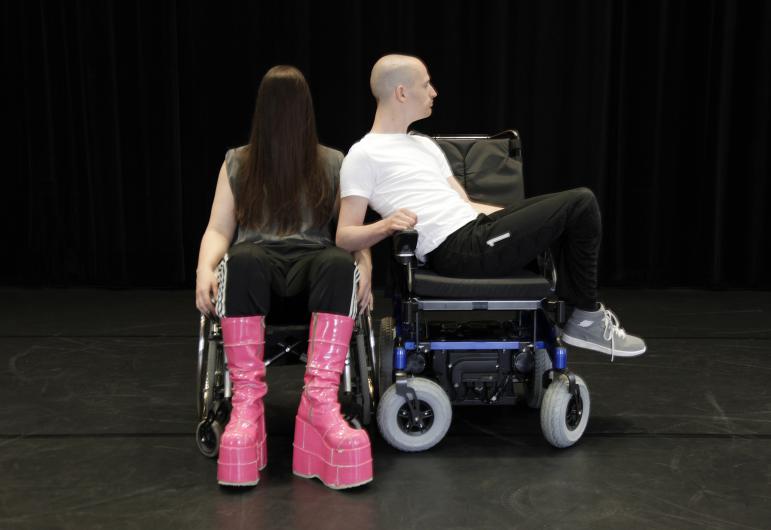 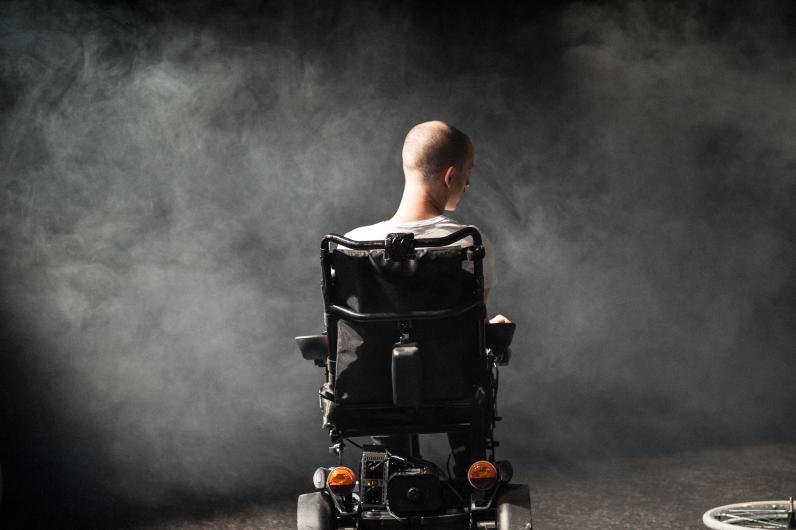 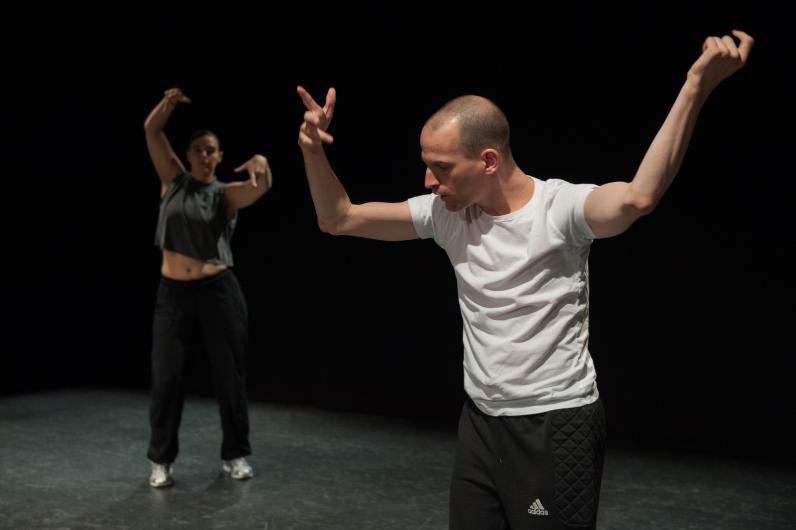 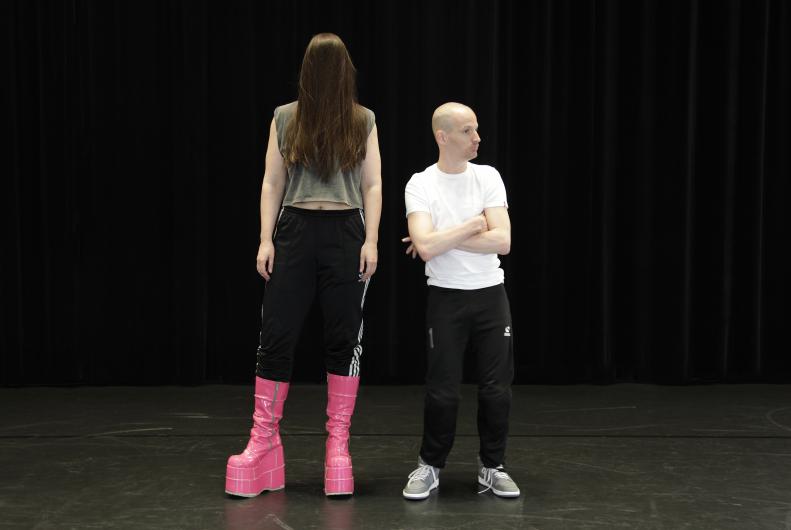 People with physical impairments are not usually associated with energy, energy discharge or ecstasy – we associate them with implosion rather than explosion, standstill rather than progress. In sampling the sounds of her partner’s electric wheelchair, amplifying them and translating them into thumping techno beats, Doris Uhlich generates an energy that in turn seizes Michael Turinsky. Energies of humans and machines are transferred and transformed, making the dialogue or even the whole relationship between man and machine, ecstasy and form, charge and discharge come alive. Ravemachine is a project in which two different bodies meet and mutually influence each other, exchanging impulses and thereby expanding their own physical biographies.

Choreographer/performer Doris Uhlich received the Austrian Federal Ministry of Education, Art and Culture’s “outstanding artist award” in 2013 and was declared “Dancer of the year” by the periodical tanz in 2011 and 2015. In addition to devising her own productions, she teaches, for example, at the Max-Reinhardt-Seminar in Vienna.

Michael Turinsky, who was born with a physical disability, found dance at 26 after having studied philosophy. He has shown his solo pieces at the Vienna Dance Festival and at Tanzquartier, among others. He also conducts research in the field of disability studies, where subjects of his publications include inclusive dance.

On Friday 21 October, there will be an artist talk following the show at brut.

All Machines Welcome! presents new works by Doris Uhlich and takes place at both WUK and brut. Every Body Electric, the open workshop for people with disabilities, will start at WUK on October 12th. October 20th will then see the premiere of Ravemachine at brut – a collaboration between Doris Uhlich and Michael Turinsky, in which physical, musical and mechanical energies clash (follow-up shows are scheduled for October 21st and 24th). On October 22nd, WUK performing arts will show a remix of the Ravemachine performance as an all-round version in open space without a grandstand as well as the group draft Every Body Electric followed by a rave party. All Machines Welcome!

“The theatre space is about sharing, transferring and transforming the energies of all elements present: the performers, the audience, machines and sounds.” Doris Uhlich

“We shape the dynamics of energy.” Michael Turinsky

“His body is so beautifully tactless.” Doris Uhlich about Michael Turinsky

“His movements […] possess qualities that immediately lead us into a world unknown to the greater part of our society.” Helmut Ploebst, Der Standard, about Michael Turinsky