Nesterval. An Adventure in the City has its five-year anniversary and invites everybody to brut for a beastly grotesque ball night to conclude the imagetanz festival. With performances all across the house, the lavish celebrations breathe the spirit of the 1960s into the Künstlerhaus. 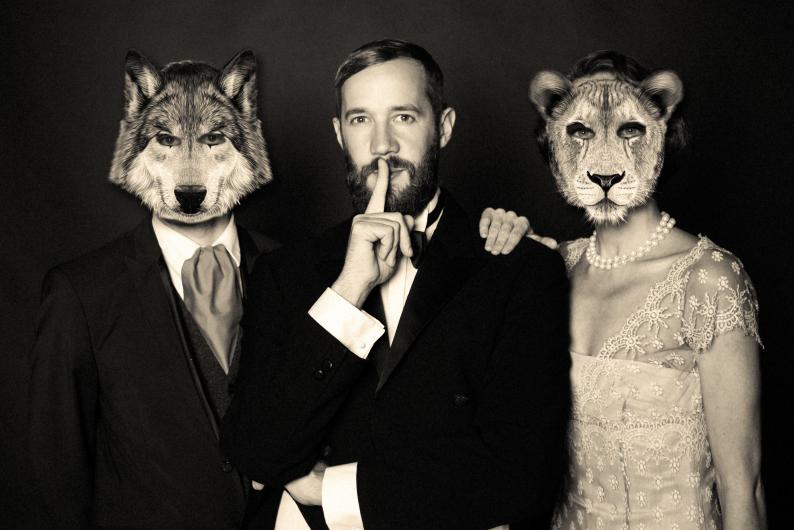 The Nesterval family celebrates nature in this extravagant night, dreaming of love and companionship. But there is a rift announcing itself, as certain members of the family are trying to break from the long-standing structures of the dynasty. So it comes as no surprise when the exuberant feast is overshadowed by rumours, schemes and a serious murder threat! The ball guests are part of an epic family saga and become players, congratulators and protagonists at this last big ball of Nesterval.

This way, this night with Nesterval grows into a lavish, queer and mysterious ball – with at least partial anonymity as only guests in animal masks and evening gown are allowed in.

In a mix of performance, classic acting and elements of immersive theatre, Herr Finnland and the Nesterval team have been creating performance adventures since 2011. The cast counts more than 25 members, including performers, a drag artist, actors and extras, who paint the story of the Nesterval family in varying constellations and roles while often turning the audience into crucial plot-driving participants of the play. In addition to their ten public city adventures, Nesterval have staged numerous assigned works. In 2015, they showed their piece Die Heimkehr der Eleonore Nesterval (“The Return of Eleonore Nesterval”) at the steirischer herbst festival.

Performers are members of the 2016 Nesterval cast.

Dress code: evening gown or suit and animal mask. Entrance only for people who are 18 years or older.