In her previous works, including Magical and Pornography: A Trying Out, Anne Juren explored the topics of sexuality and the pornographic gaze within the context of theatre. With Comma, the artist now takes her creative work to the next level, away from representation and towards the audience’s immediate experience with its own body. 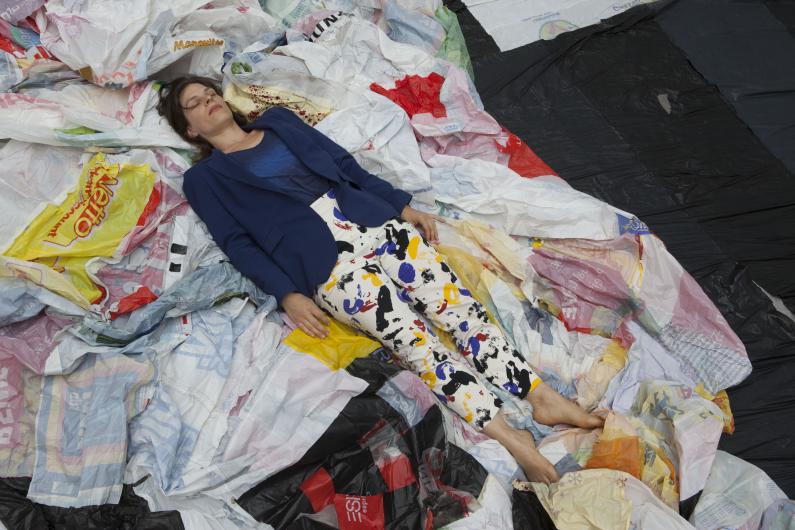 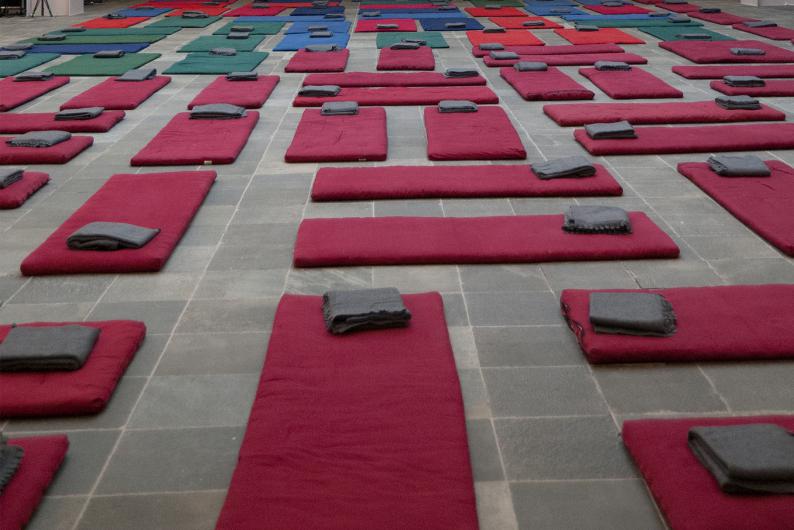 To this end, Anne Juren devises “choreographic sessions”, in which she examines the relationship between the written word, spoken text, physical perception, choreography and – not least – the audience. The aim of these sessions is to address and activate the body on several levels at the same time: from the little toe to the gut, from the hairline to the heart.

Comma is part of a performance series and a set of artistic research processes conducted by Anne Juren that will keep the choreographer very busy in the months to come. The starting point of this project was the performance The Point shown at the 21er Haus in the summer of 2015. With Comma, she continues her research, taking her audience on another guided dream tour through their own bodies.

Anne Juren is a choreographer and dancer. After finishing her dance diploma at the Conservatoire National Supérieur de Danse in Lyon as well as her studies of French literature she attended the Trisha Brown Company in New York. Artists she has worked with include Krõõt Juurak and Annie Dorsen. At brut, she has last performed in 2012 showing her work Lost & Found.

Created by and featuring
Anne Juren