Come Together? With Pia Hierzegger, Mireille Ngosso and Brigitte Pabst

Come together? In times of the current lockdown, the human desire for community and togetherness is clearly revealed. In the November edition of the series GUESTS, Pia Hierzegger from Theater im Bahnhof invites two people to partizipate in intimate dialogues that revolve around our longing for community and belonging. Mireille Ngosso (doctor and co-organizer of the # BlackLivesMatter movement in Austria) and Brigitte Pabst (director of the VHS Rudolfsheim-Fünfhaus and founder of the Academy of Civil Society) are invited. The conversation is streamed live via zoom from the living rooms of the guests. 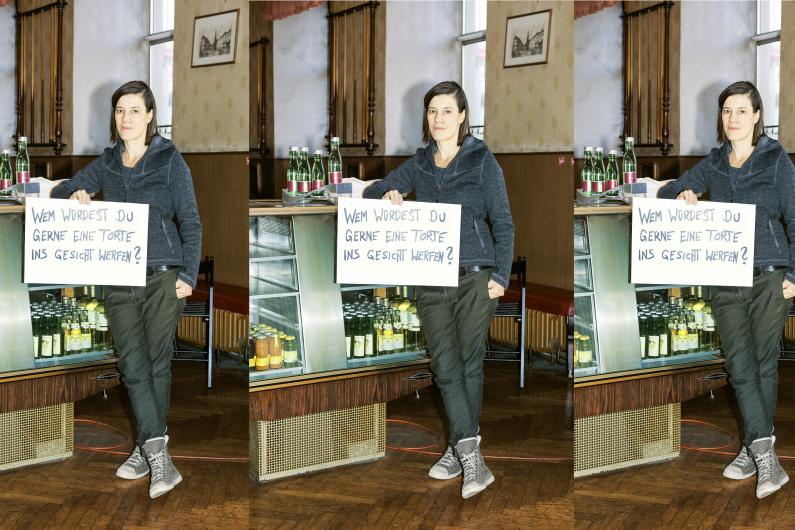 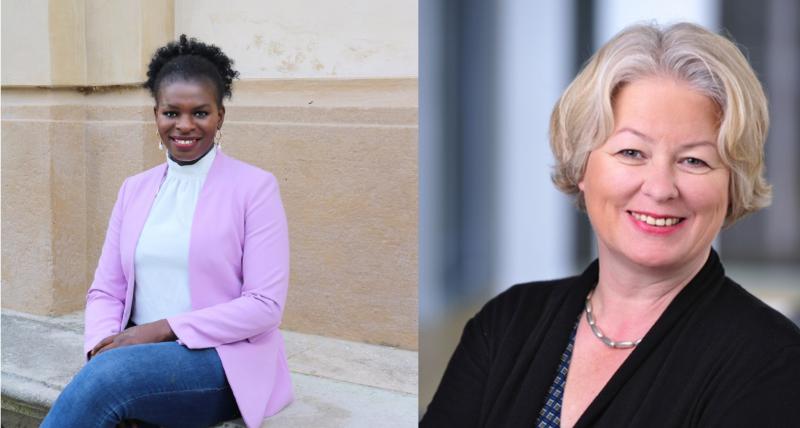 Graz-based Theater im Bahnhof makes contemporary theatre for the people and deals with the Austrian identity between tradition and pop culture. It is Austria’s largest independent theatre company and has been a regular guest at brut.

Mireille Ngosso, doctor and co-organizer of the # BlackLivesMatter movement in Austria

Mireille Ngosso was born in 1980 in the Democratic Republic of Congo and fled to Austria with her parents when she was four years old. In austria she completed her school career. For a long time she wanted to be a jazz singer, it was only when she was almost 30 that she made the decision to become a doctor and completed her medical degree at the Medical University of Vienna. During this time she also began to get involved politically. In 2018, Mireille Ngosso was elected deputy district head of the inner city, and in October 2020 she was elected to the Vienna City Council. Today Mireille Ngosso works as a doctor at KH Hietzing, is married and has a son. Mireille Ngosso is one of the organizers of the # BlackLivesMatter movement in Austria, which brought more than 50,000 people onto the streets in Vienna in June 2020.

Brigitte Pabst, director of the VHS Rudolfsheim-Fünfhaus and founder of the Academy of Civil Society

Brigitte Pabst (57) grows up in a small village in southern Styria as the eldest child of an electrician and a seamstress. The family is convinced of social democracy, the grandfather is the “red” mayor of the place in the middle of the rural ÖVP heartland. Since both parents are employed, the child is looked after by the grandparents during the day, where she listens in the afternoon when the women come to her grandmother with their concerns and in the evening when the men come to the grandfather. And she also listens when the grandparents discuss what to do in each case. An influence that later leads to qualifications as a social worker and organizational developer. And to the realization that the beauty of a landscape can be proportional to the narrow-mindedness of its residents. Brigitte Pabst has two grown children and lives married in Vienna. As for scenic beauty, she plans to get by with the old Danube and a photo wallpaper for the rest of her life. Brigitte Pabst is the director of the VHS Rudolfsheim-Fünfhaus. In 2016 she founded the Academy of Civil Society, a start-up service for volunteer projects that supports people in Vienna in starting or developing their own voluntary projects.

A co-production by Theater im Bahnhof and brut Wien.

With the kind support of the City of Graz’s cultural office, the Styrian Provincial Government’s Department of Cultural Affairs and the Austrian Federal Chancellor’s Office.

with Nora Sternfeld and Gerhild Steinbuch