A nerve-racking action movie performance by Die Rabtaldirndln was scheduled to open brut’s new season. The action heroines were building the film set for a genuine spy movie at the VHS Rudolfsheim-Fünfhaus community college. The spectators have been extras watching how oligarchs, casino owners and property sharks were squandering the country’s future and culture and closely monitoring Die Rabtaldirndln as they finally freed the capital from the roots of evil in a choreography of violence. The action heroines were taking advantage of their licence to kill, conducting cunning negotiations and proving their skills in handling explosives. In order to give a wider audience an insight into the shooting and the production process of Die Stadt der Rabtaldirndln: Wien, the Rabtaldirndln are now inviting you to an online screening including an online artist talk to get in the mood for the upcoming blockbuster. 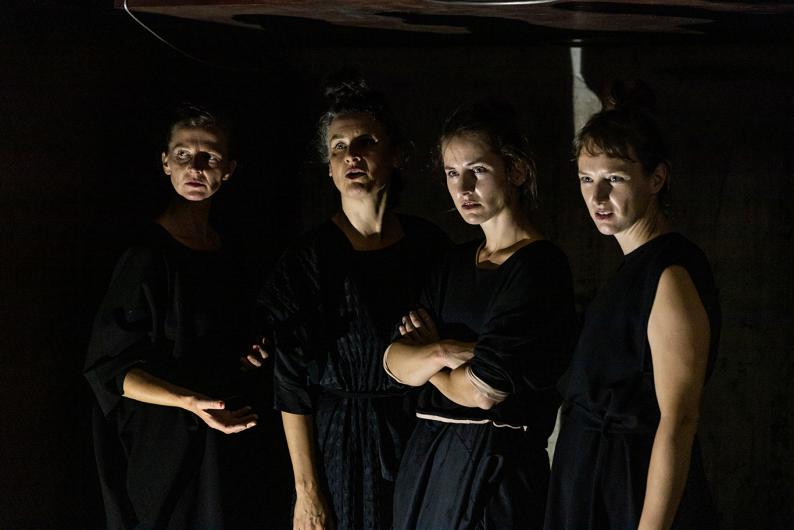 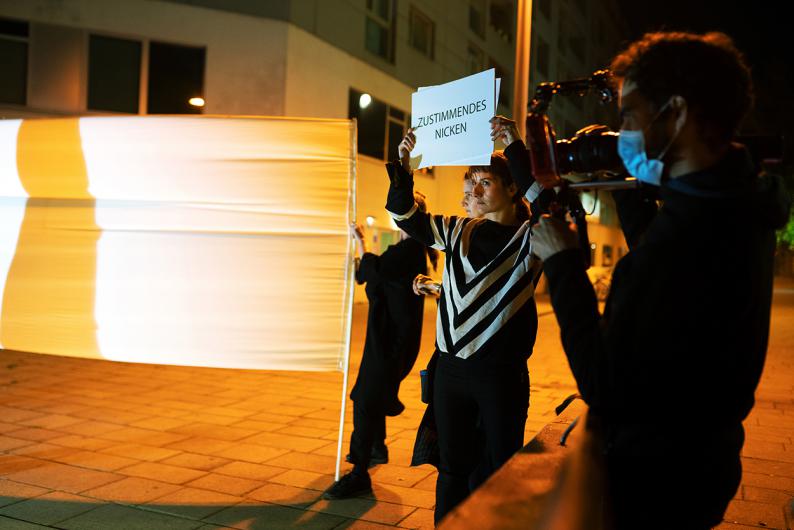 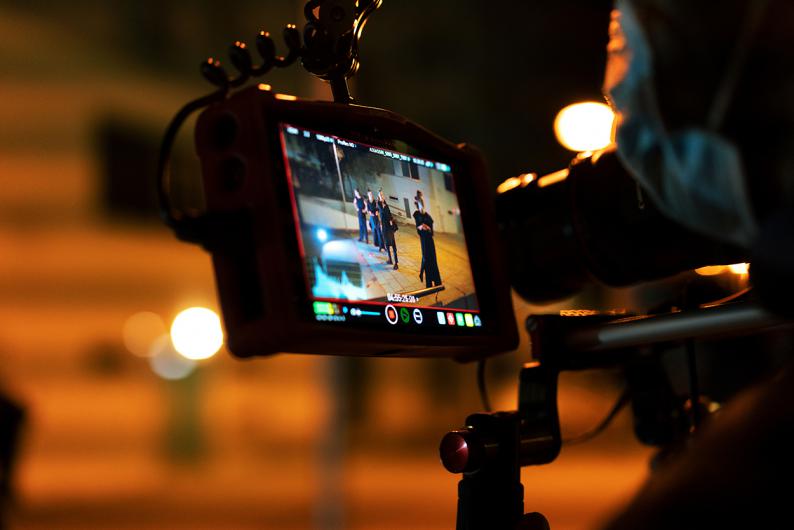 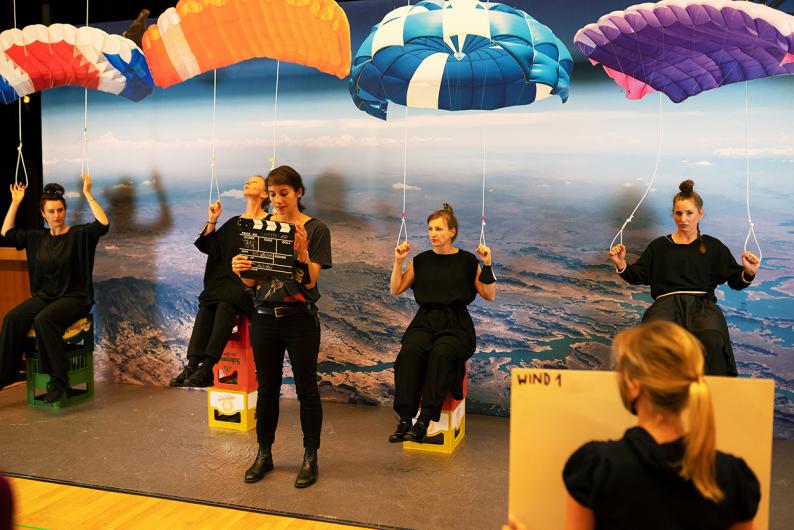 The film in full length

Vienna is suffering a dramatic crisis. The backrooms of the Austrian capital host ferocious pokers around the privatisation of drinking water and social housing, while the city’s cultural monuments are about to be replaced by skyscrapers. The public has long gotten used to the sight of citizens carrying weapons and burning cars on the Ringstraße. But rescue is near: Four Styrian action heroines and their audience are on their way to thwart the brass’s sinister plans in a film shoot complete with wild chases, brutal fight scenes and breath-taking stunts, tirelessly focusing on their noble motives: Rabtaldirndl City: Vienna!

Die Rabtaldirndln are well known from action movies such as Pink Eyes, You Only Live Thrice, Live and Please Die and of course their short film Octopussy. Aside from their action career, the five-member Austrian collective devises contemporary stage performances and theatre productions for urban and rural consumption. For their upcoming film, they will co-operate for the first time with writer/director Yosi Wanunu of the performance formation toxic dreams.

A co-production by Die Rabtaldirndln and brut Wien.

World premiere of the Vienna version
in German