Welcome to the Underground

In their previous production entitled The Kreisky Test, recent winner of the Corona Special Prize at this year’s Nestroy Awards, the inventive people of Nesterval –fantastically and using their digital dexterity – managed “to make intelligent, contemporary live theatre under adverse conditions”, as the Nestroy jury remarked. Nesterval are also taking the current lockdown as a challenge again. Their new project, Goodbye Kreisky, is taking Nesterval’s immersive theatre formats to the next level. In a mixture of film and digital live experience, audience groups of 12 people each immerse themselves deeply into the cosmos of Nesterval and the Kreisky era.

In view of the current situation, Nesterval reaches deep into the digital bag of tricks and presents an interactive live-zoom version of "Goodbye Kreisky" - guaranteed to be lockdown-friendly and more than just a digital replacement. 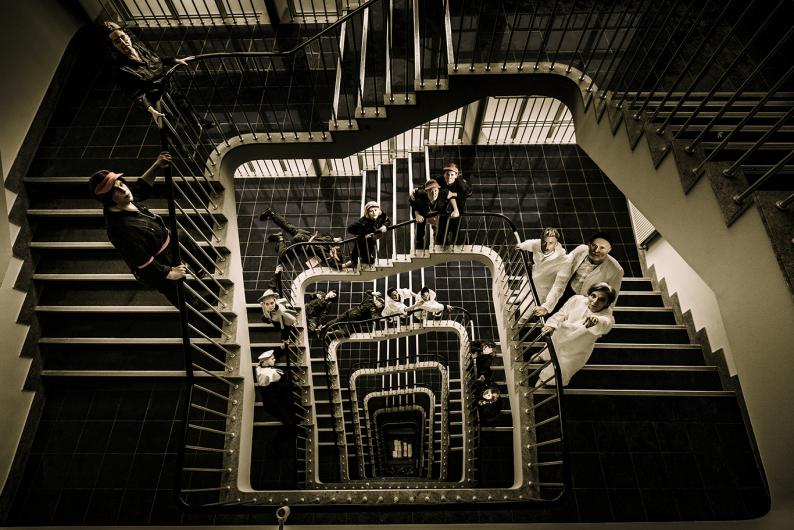 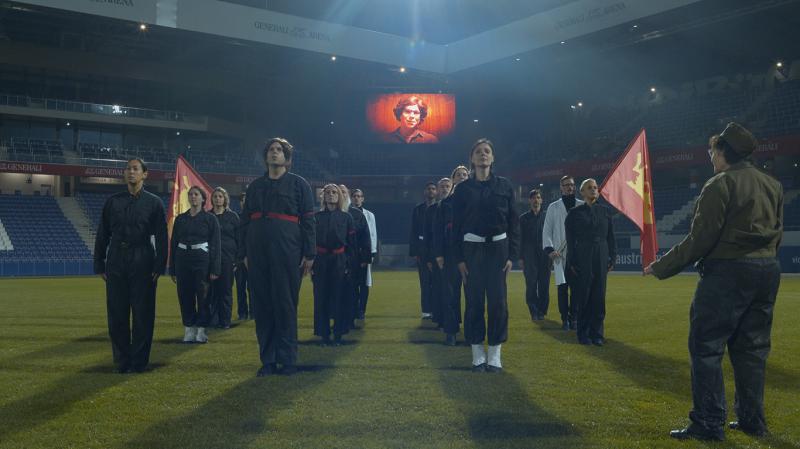 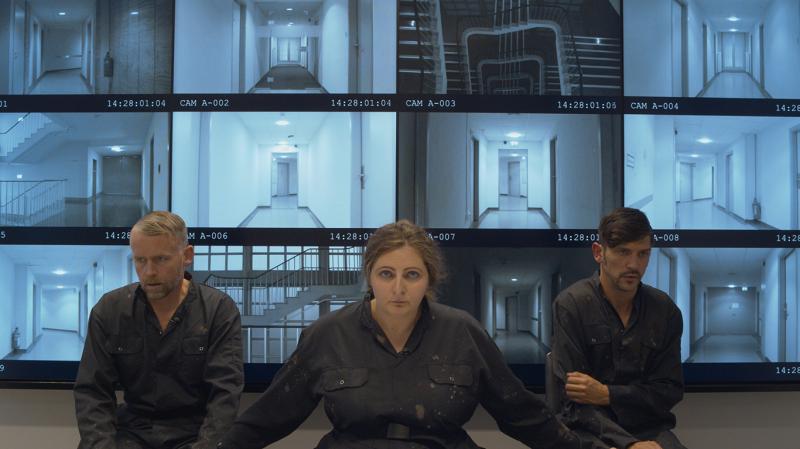 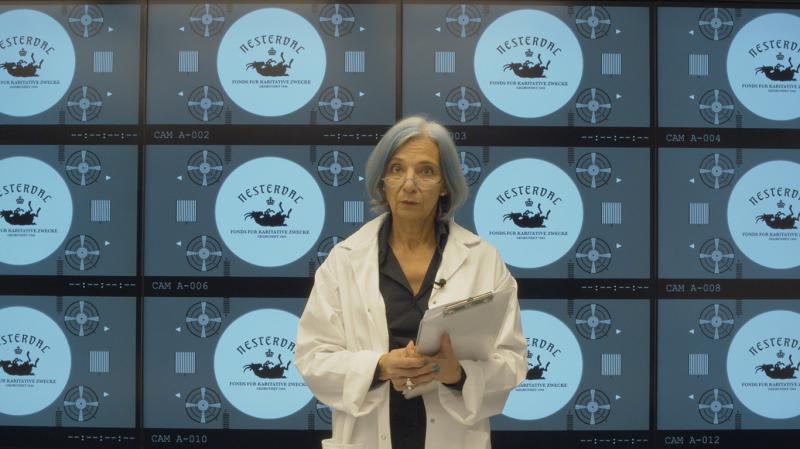 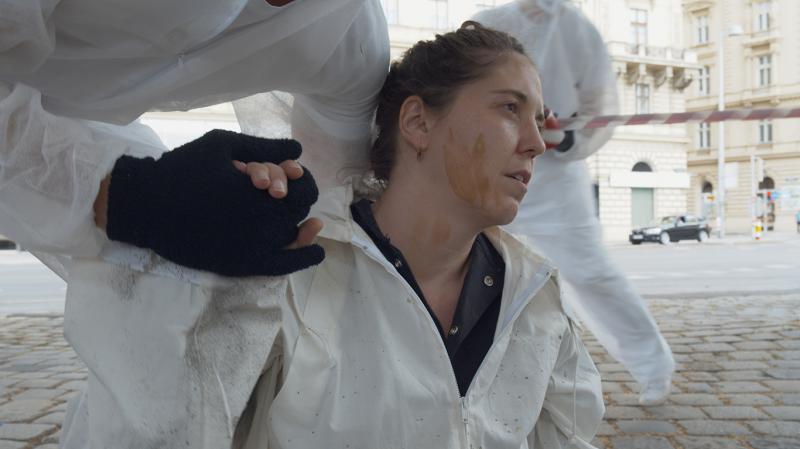 The online version of Goodbye Kreisky  – a mixture of film and interactive live experience – will be shown at all show dates in February via zoom. All tickets remain valid in any case.

Construction in the middle of Vienna has brought unbelievable things to the surface in 2020: a housing compound from the Kreisky/Nesterval era, buried deep under the Karlsplatz and long fallen into oblivion. The residents of Goodbye Kreisky have been living in isolation for more than 50 years; they are now brought to a secret place, where only a selected few are given access to the survivors. The visitors will together decide over the group’s fate. How is the saga that started with The KreiskyTest going to end?

To recap: In The KreiskyTest, Jonas Nesterval reiterated the test devised by his mother Gertrud to select apt residents for the Goodbye Kreisky compound. Jonas assumed that the project was a mere fantasy of his mother’s, a dream vision that was never made reality. It turns out it was more than just a dream, because while the Vienna underground was built in the year 1969, a city beneath the city was created more than 200 metres below the Karlsplatz. The utopian project realised by Gertrud Nesterval was designed to preserve the social democracy of the Kreisky/Nesterval era. On May 1st, 1970, a group of young people moved into the subterranean compound. The entrance via the parking garage near the Vienna Museum was forgotten over time and eventually bricked up during construction works a couple of years later.

The current construction efforts literally left the residents in deep water and marked the end of their isolation. In a large-scale rescue mission, Gertrud Nesterval’s companions are relocated. The group find refuge in a secret place called ‘the arena’, which is funded and guarded by the Nesterval Fund. The carefully selected visitors  will get to meet the survivors (on distance): the office managers, the caterers, the ideologists and the health authorities (artists were not regarded as system-relevant by Gertrud). What shall be done with them? Who will make decisions about the future (only women can be voted to lead the group). And what is the "profitable and promising idea", the Nesterval fonds has for the survivors?

Nesterval’s cast includes performers, drag artists, amateur and professional actors, who outline the history of the Nesterval family in various constellations. In a mix of classic gaming and immersive theatre, Herr Finnland and his team create performance adventures that turn their participants into actors in the play, authorised to determine what happens next. The Village (2018), Nesterval’s co-production with brut, was nominated for the 2019 Nestroy Special Award. The Kreisky Test took place entirely online during the Covid-19 lockdown of spring 2020 and was a huge success.

"As long as the bodies still have to keep their distance, Goodbye Kreisky offers not only a welcome change, but also what is probably the most moving zoom meeting of the still young year 2021." Kulturwoche.at

"The Nesterval troupe skillfully combines its immersive theater format with filmed scenes and the playful possibilities of zoom conference calls. That fits and catches." Wiener Zeitung

"This innovative adventure theater is definitely up to date. It irritates, it stimulates exchange and curiosity." Salzburger Nachrichten

"The interactive performance was about political beliefs and ended with a surprising result. Above all, however, it was a vivid example of how intelligent, contemporary live theatre can be made even under adverse conditions."  Wolfgang Kralicek

A co-production by Nesterval and brut Wien.

The online version of Goodbye Kreisky  – a mixture of film and interactive live experience – will be shown at all show dates in February via zoom. All tickets remain valid in any case.