ORATORIO EUROPA tells of a rather right-wing world that gets in the way of everything humane – and then falls apart. It’s a story of what could happen; a dystopia that needs to be busted in order to widen our perspective; in order to create the ability to do more than just deal with misanthropy. 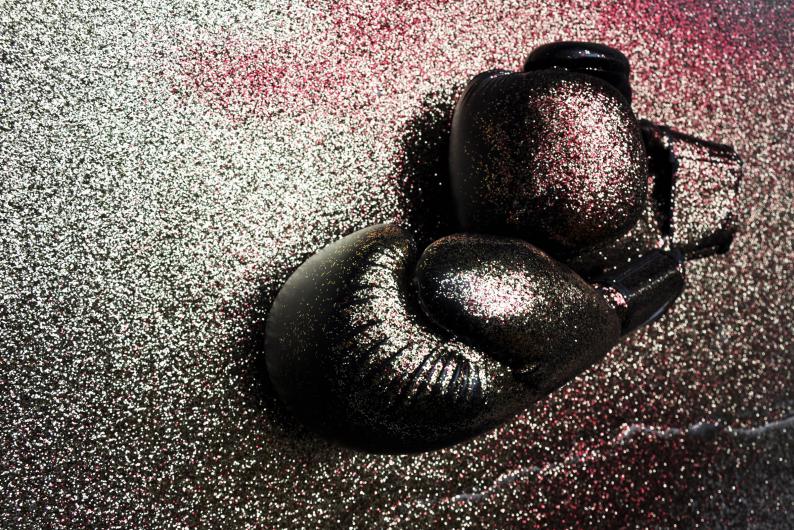 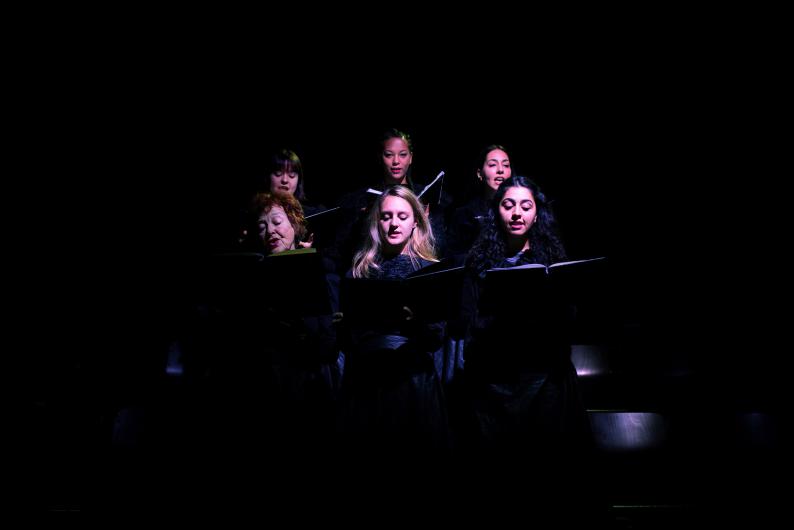 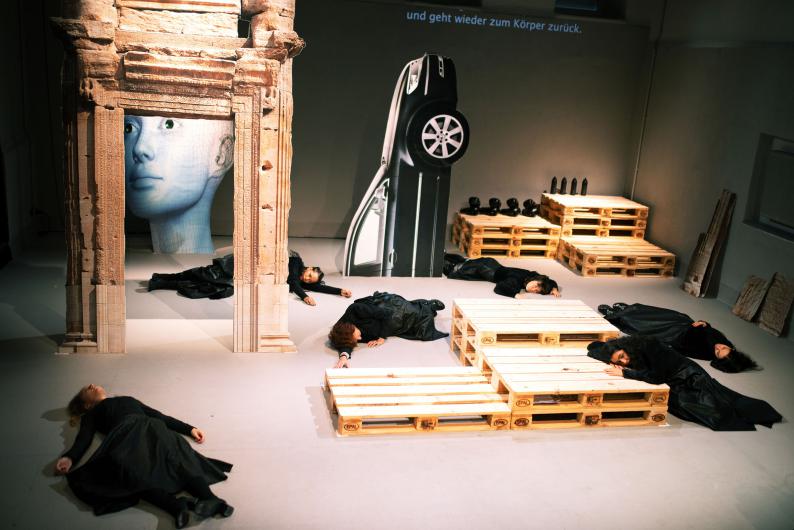 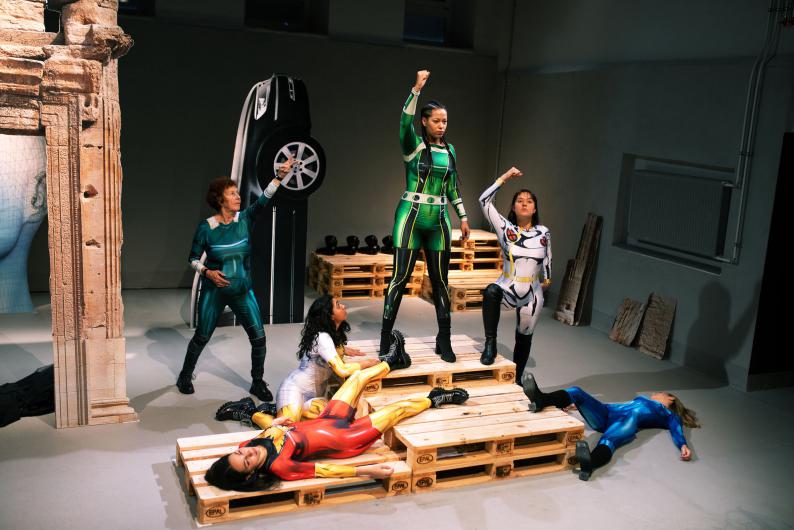 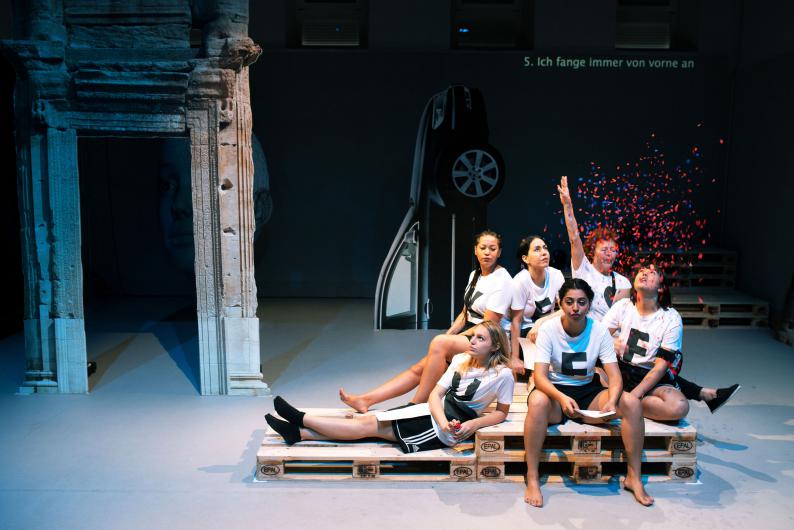 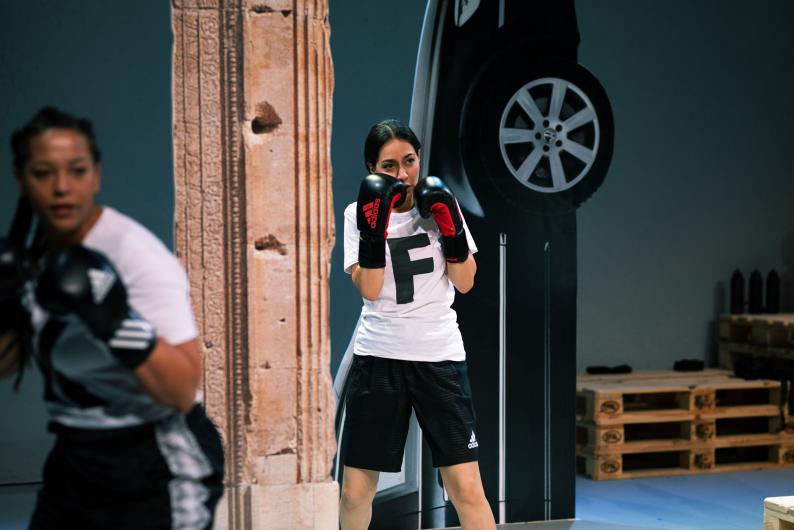 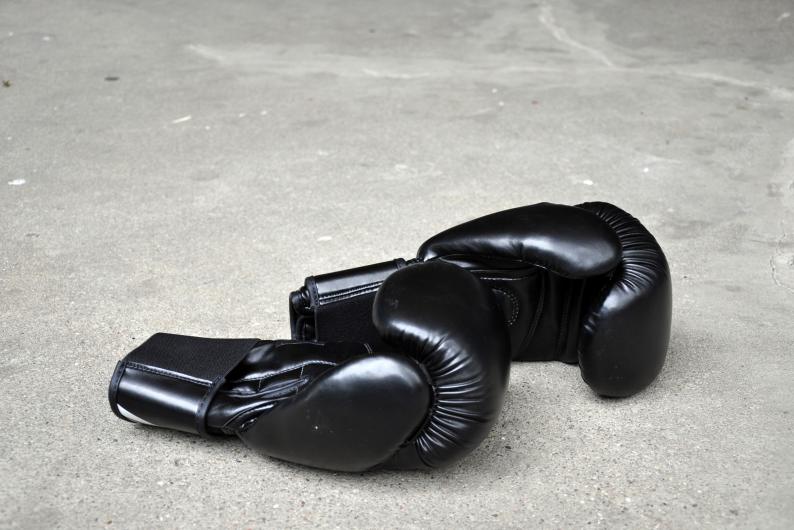 The show on October 10th is followed by an audience talk.

Following their piece MOUNTAIN ONE, a satire on alpine heimat kitsch, right-wing policies and Austria’s tendencies of seclusion, Freundliche Mitte (“Friendly Centre”) now set their sights on Europe. Six female fighters sit on the ruins of our western world that has nothing left to say to them. It’s a world occupied by the New Old Right, where democratically elected government officials join forces with members of right-wing extremist, anti-democratic associations. In ORATORIO EUROPA, Europa herself makes her entrance as a choir: the abducted goddess, the foundational myth of a continent, often told, often bastardised, exploited. Myths, tradition and reality, science fiction and alternative facts clash, the reactionary structure is busted, the dominance of right-wing rule disrupted. Finally. What do they sound like, those voices that emerge from the choir and enter the palaces of the new world?

The performance collective Freundliche Mitte (“Friendly Centre”), established in 2011 by writer Gerhild Steinbuch, set designer Philine Rinnert and actor Sebastian Straub, have chosen to work without the authority of a director. It constantly grows by new accomplices from different artistic and scientific fields and collaborates with experts from various initiatives and societies. Freundliche Mitte’s works at brut include the colonialism project Darkness (2016) and the performance installation MOUNTAIN ONE (2018).

Since 2018, Freundliche Mitte have been working closely with Vienna musician b.fleischmann, who has also composed the music for ORATORIO EUROPA.

Head of production Partner In Crime

A co-production of Freundliche Mitte and brut Wien. In Zusammenarbeit mit Jugend am Werk. With the kind support of the City of Vienna’s Department of Cultural Affairs.

The show on October 10th is followed by an audience talk. 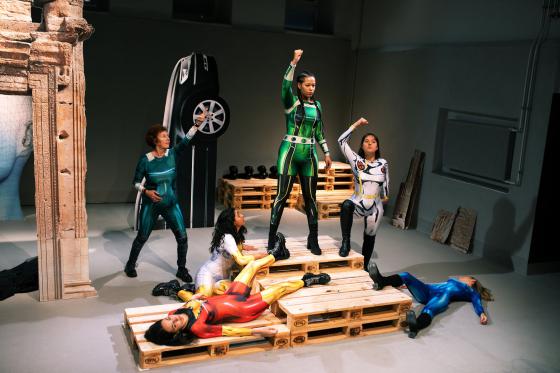 Ruchi Bajaj, student of Performance at DiverCityLab, shares her thoughts about ORATORIO EUROPA by Freundliche Mitte in a new edition of "Letters for later". 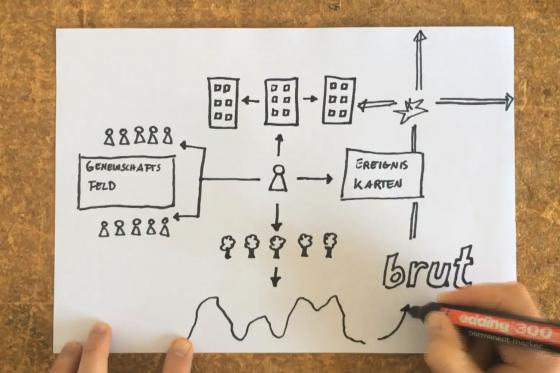 In the radio play "COMMON GROUNDS" Freundliche Mitte deal with public space and its use as the "fundamental right" of society. In five episodes five different locations are visited and mapped together - musically, literarily and in the form of interviews.