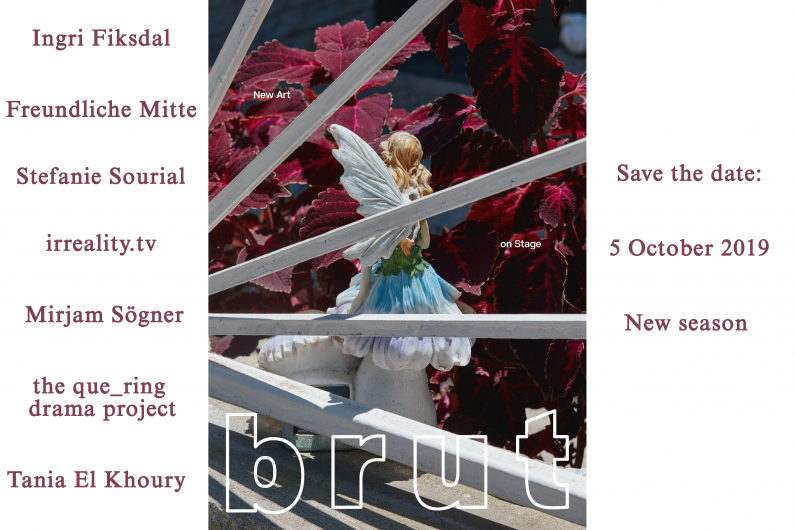 The 2019/20 season starts on the 5th of October. This season brut will present new art on stage all over Vienna and in studio brut with Ingri Fiksdal, Freundliche Mitte, Stefanie Sourial, irreality.tv, Mirjam Sögner, the que_ring drama project, Tania El Khoury, et al.

During the summer break, for example, the studio brut will be used as a rehearsal and research space for international artist groups from the Freischwimmen network and the EU project Be SpectACTive !, in which brut is a member. Results of these Residencies will be seen later in the brut program.