Timon is a performative essay on patriarchy and its effects on male emotions. It is based on Shakespeare’s drama Timon of Athens, in which the protagonist, deeply disappointed and speechless, shuts himself away from the world after his carefully nursed network of all-male political and business friendships has failed. The performance asks how our perception of masculinity is intertwined with violence and hate – which, in Timon’s case, eventually lead to self-destruction. 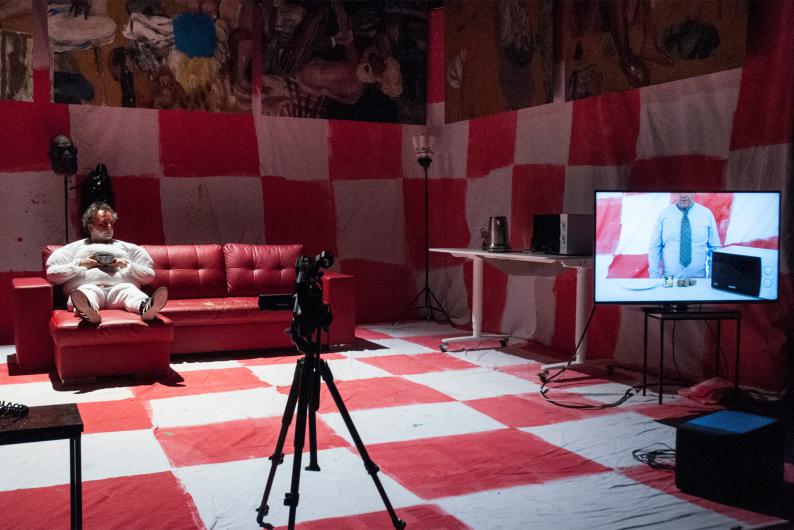 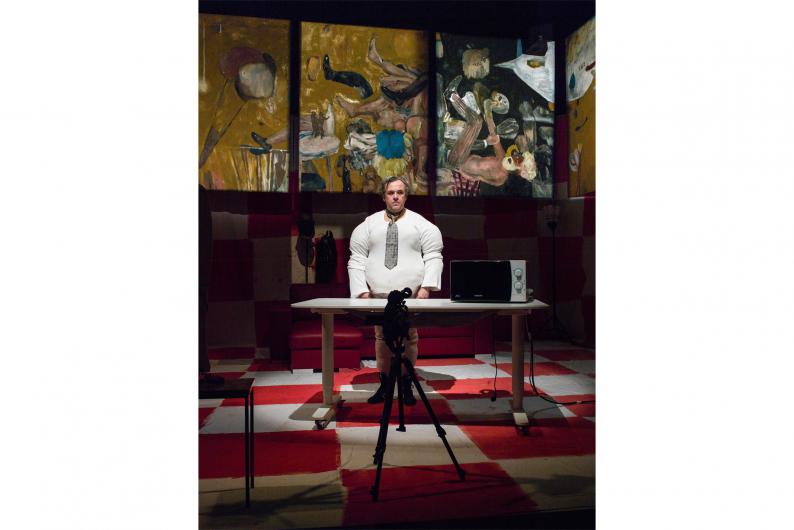 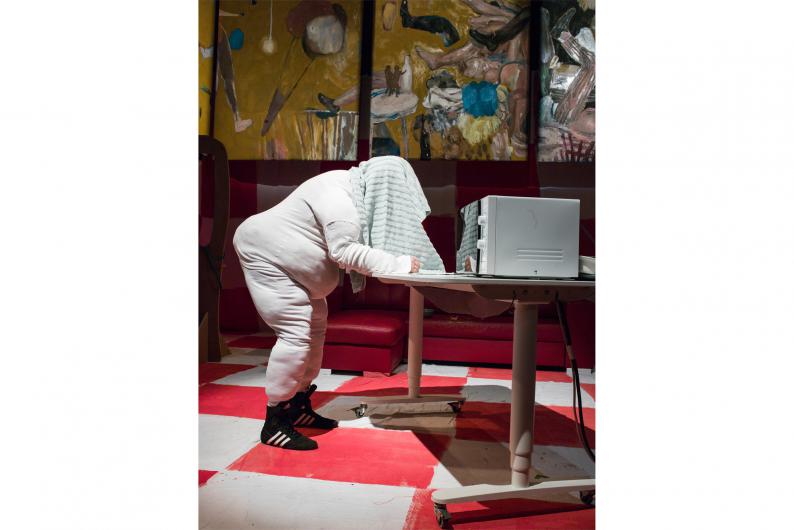 The show on December 6th is followed by an artist talk.

In Shakespeare’s drama Timon of Athens, prosperous Timon builds himself a complex system of male societies and networks, hoping to buy loyalty and friendship with financial dependence, political favours and gifts. But when he ends up in a financial crisis, his perceived friends abandon him. In the voluntary solitude of the forest, he develops into a misanthropist, condemning everything and everyone in his rage and finally falling victim to his own furour. Roland Rauschmeier takes this dramatic blueprint as the beginning of a journey into the deeper structures of patriarchy. His performance focuses on social seclusion and the destructive forces Timon’s disappointment unleashes in him. The piece touches on the difficult question of how our image of masculinity fosters violence, speechlessness and a destructive handling of our own feelings.

Roland Rauschmeier studied at the Academy of Fine Arts Vienna. He lives and works as a conceptual/performance artist in Vienna, where he founded the Wiener Tanz- und Kunstbewegung (Vienna Dance and Art Movement) with French dancer/choreographer Anne Juren. In his performative practice, Roland Rauschmeier keeps returning to the societal impact of hegemonial masculinity, most recently at brut in his piece Consumption As A Cause Of Coming Into Being together with Alex Bailey.

A co-production of Wiener Tanz- und Kunstbewegung and brut Wien.

With the kind support of the Austrian Federal Chancellery and the City of Vienna’s Department of Cultural Affairs.

Admission from 18 years of age (recommended)

The show on December 6th is followed by an artist talk.

Handle with care with Roland Rauschmeier

Handle with care with Simon Mayer 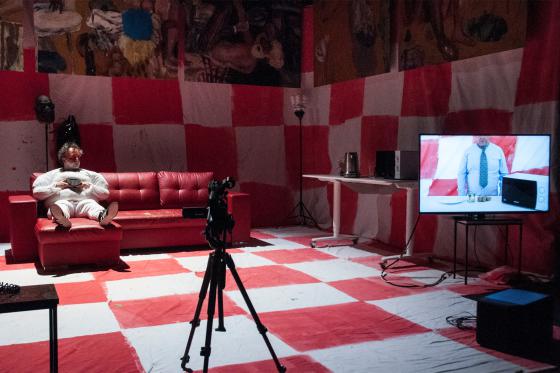