In Böse Frauen (Evil Women), the Rabtaldirndln will draw up inconvenient truths in connection with the daily nursing care routines into their syringes, targeting the very centre of our concepts of good and evil. Their new piece is based on a real series of murders committed by the so-called murderous nurses of Lainz, who killed more than 200 patients at Lainz Hospital between 1983 and 1989. 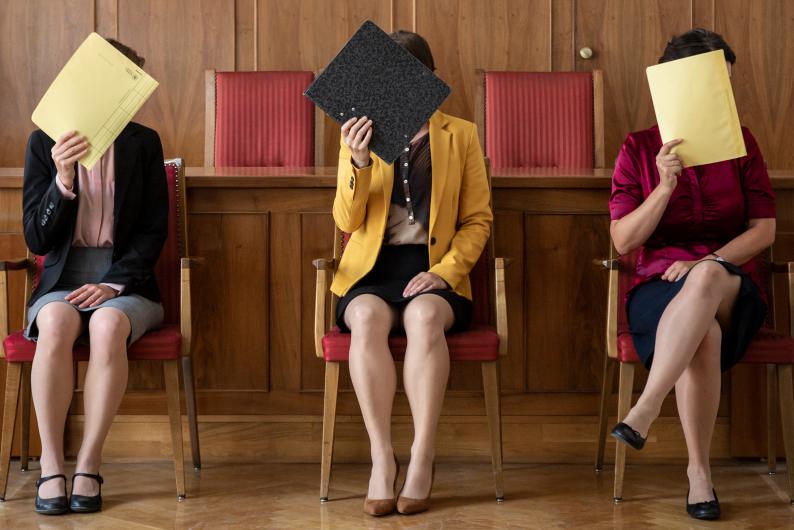 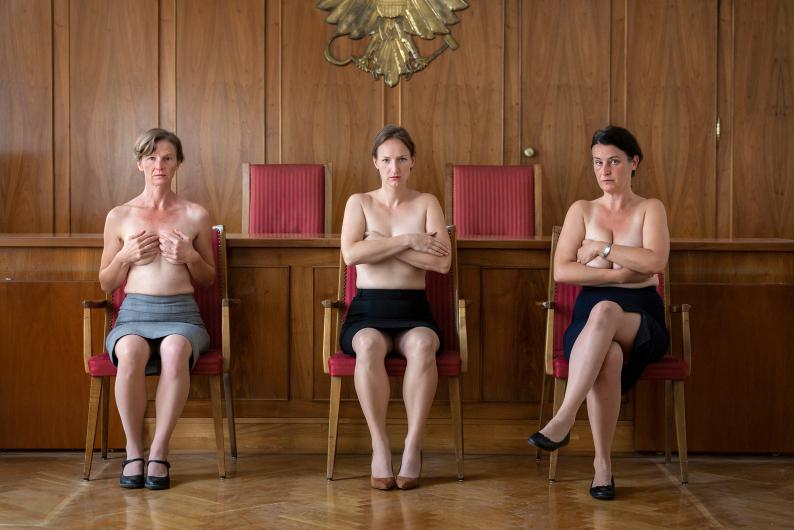 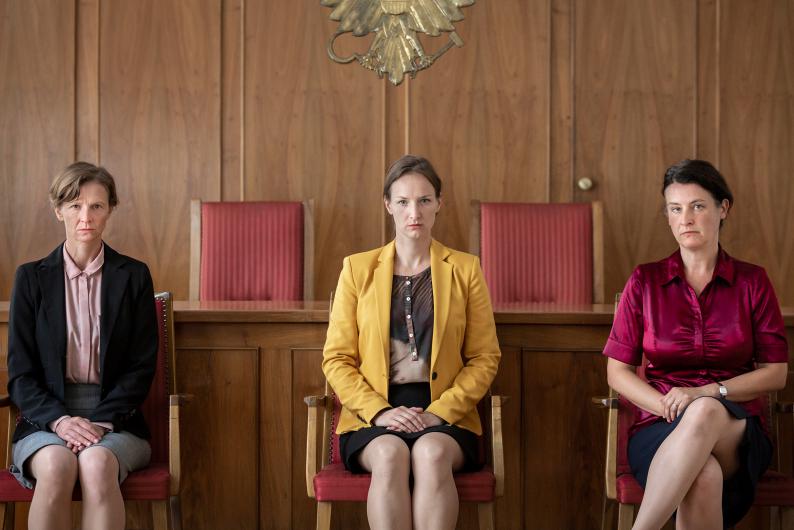 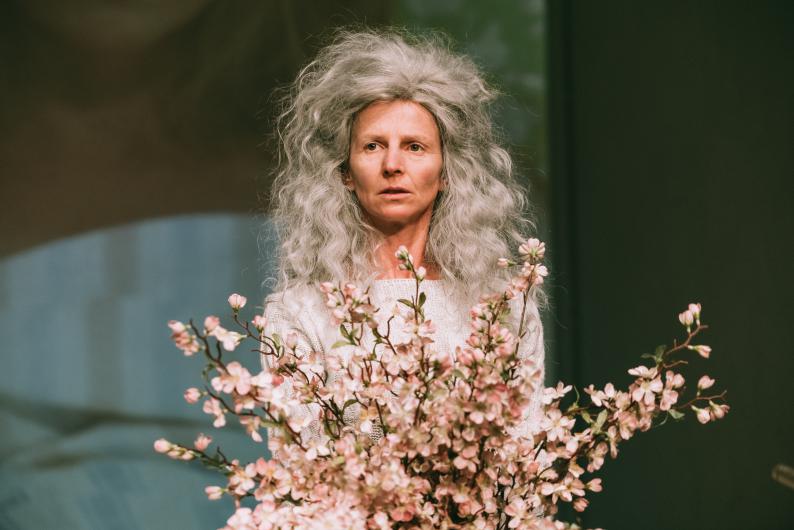 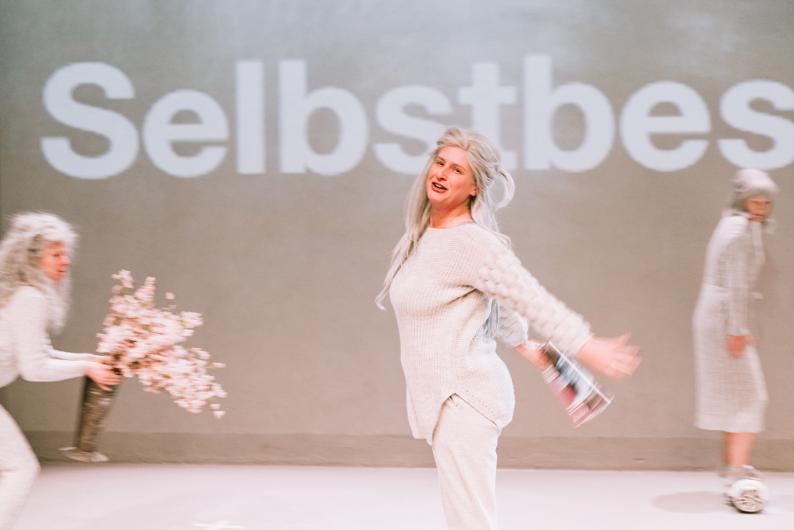 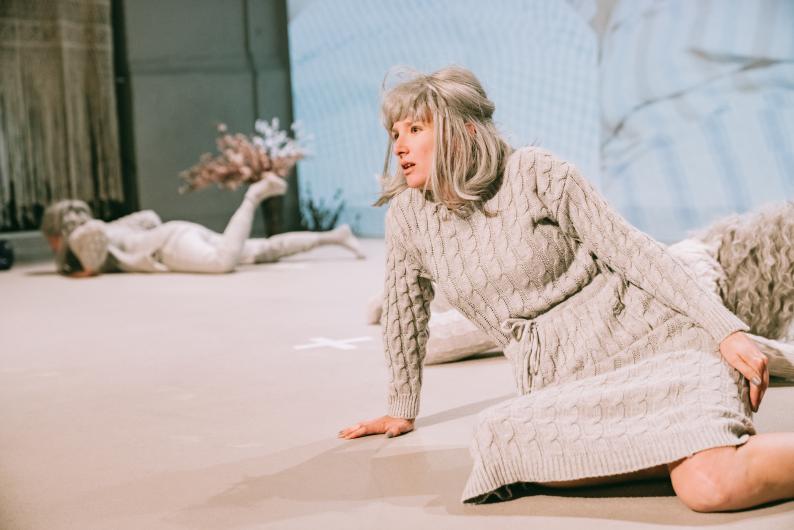 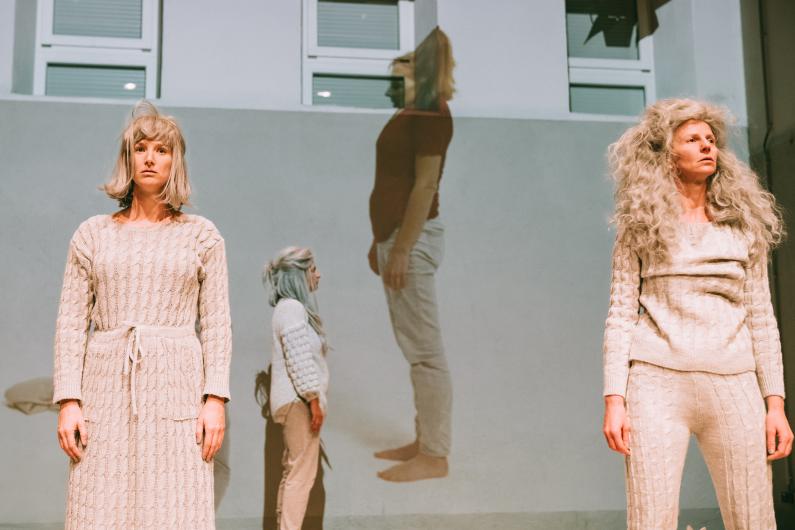 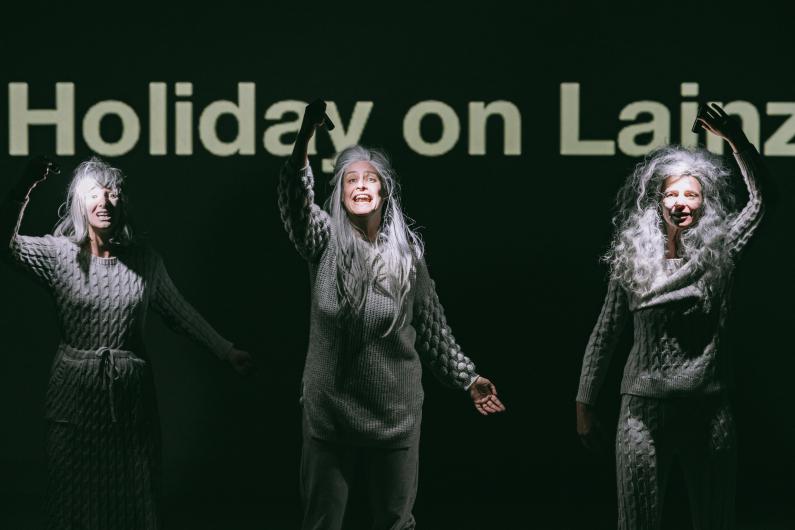 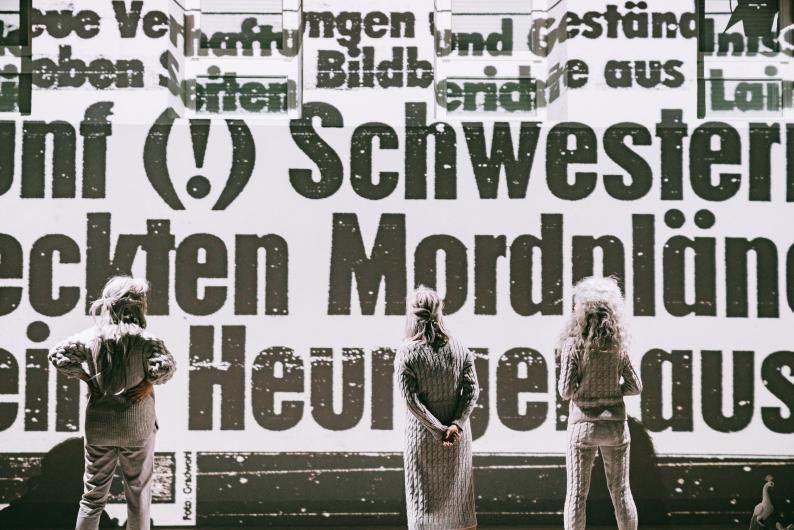 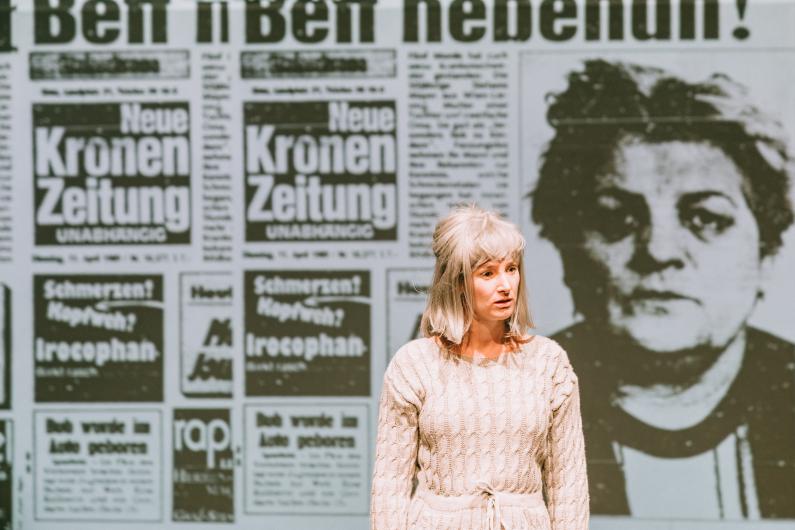 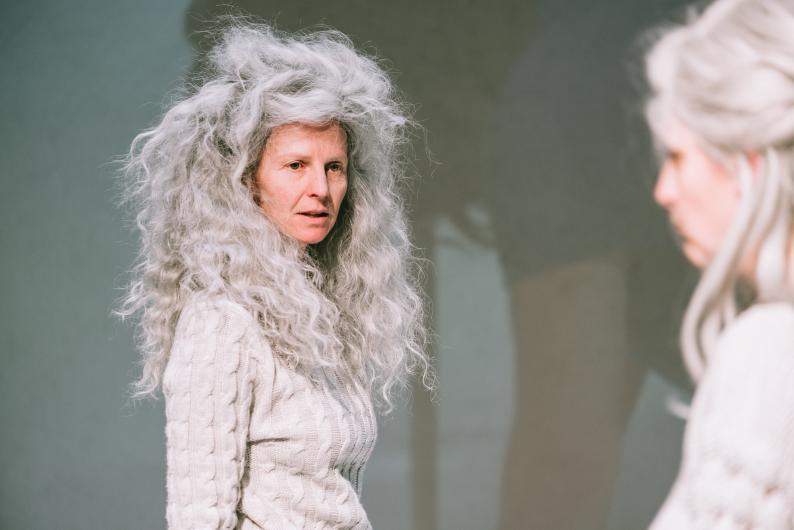 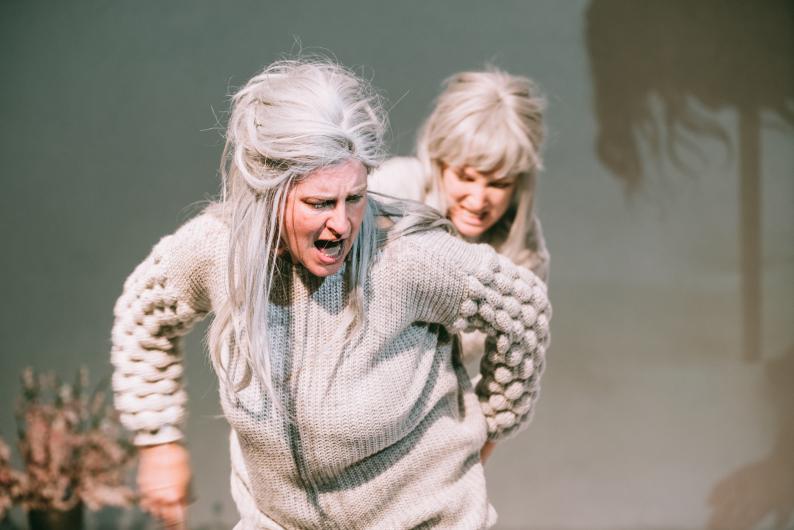 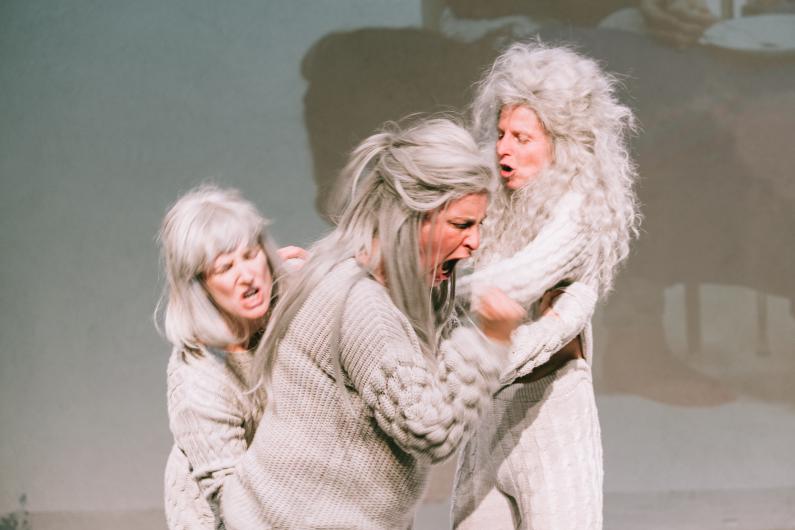 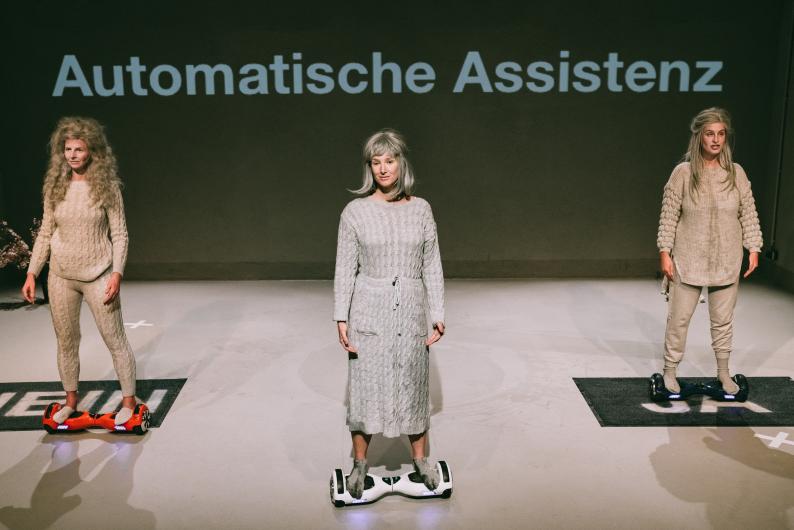 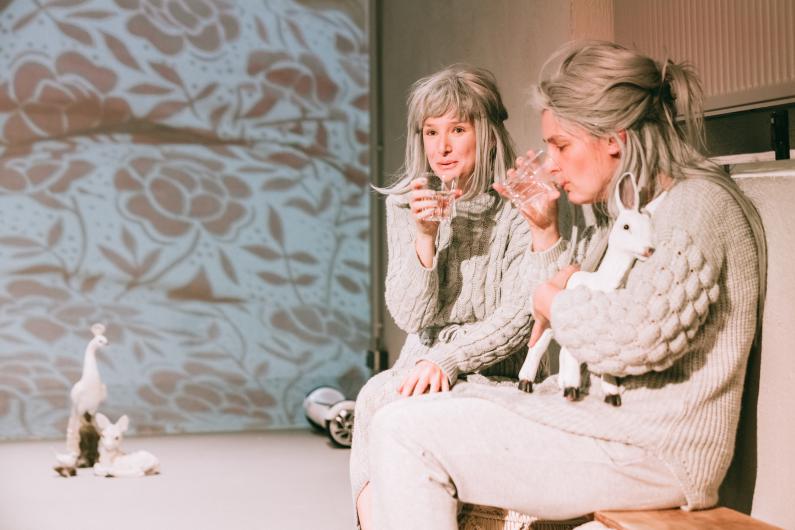 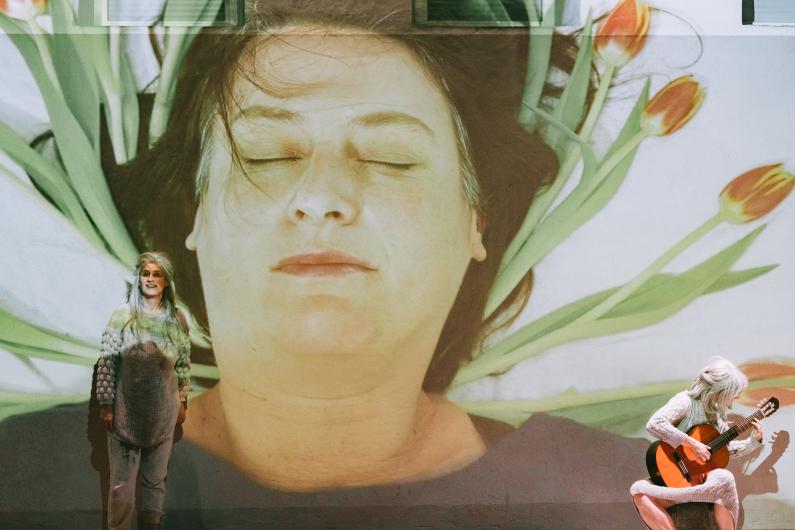 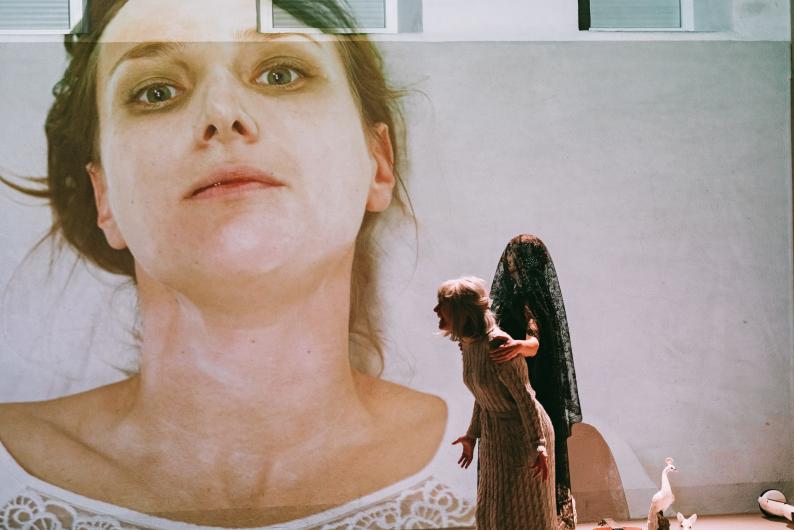 Why do people who dedicate their lives to caring for the ill become angels of death? They debate the allure of the power to decide about a person’s life and death and, at the same time, the helplessness of the nursing staff. Care is hard work. Caregivers are constantly faced with new challenges. They are stretched to their limits. Care divides. The job description implies a readiness to make sacrifices. The violently feminist Rabtaldirndln are convinced that there has to be another solution than requiring caregivers to be ready to make these kinds of sacrifices. They try to find commonalities with the notorious murderous nurses in their merciless love of consistency. After all, the Rabtaldirndln say that, when the time has come to go, they want to go the last bit of the way with dignity.

Die Rabtaldirndln are an Austrian collective of five women who work on contemporary performances and theatre productions. The language of their pieces can be seen and understood in both an urban and a rural context. The Austrian radio station Ö1 once aptly wrote that they have unleashed the spirit of the province on the city monster. Böse Frauen (Evil Women) is the ninth production of Die Rabtaldirndln to be shown at brut Wien. In 2016, they showed FEMALE HISTORY at brut Wien, a co-production with brut Wien.

*There will be an audience talk after the performance on 17 December.

*There will be an audience talk after the performance on 17 December.