In his new piece, acclaimed Viennese choreographer, dancer and musician Simon Mayer shows a cycle of death and rebirth with musician and performer Matteo Haitzmann at the Odeon theatre, celebrating the processes of abandonment and letting go. Based on the centuries-old structure of requiems and inspired by shamanic rituals and ceremonies, the two artists stage a multi-faceted ritual act, accompanied by live loops and electronic sounds by Sixtus Preiss. 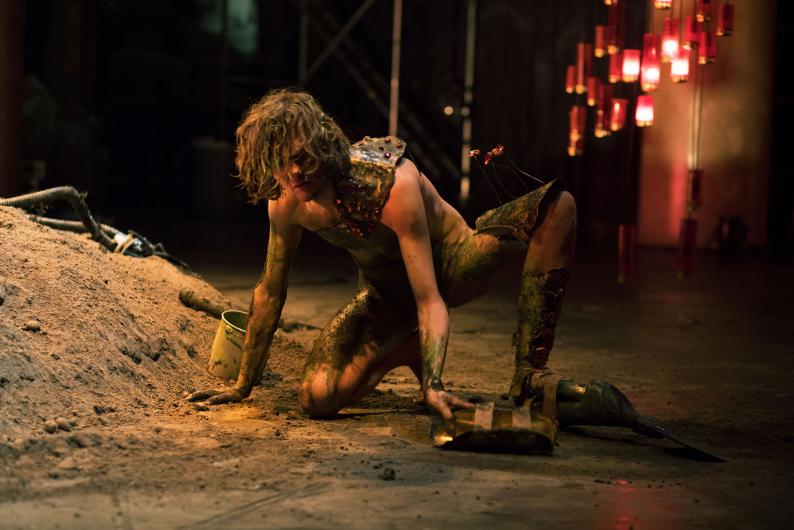 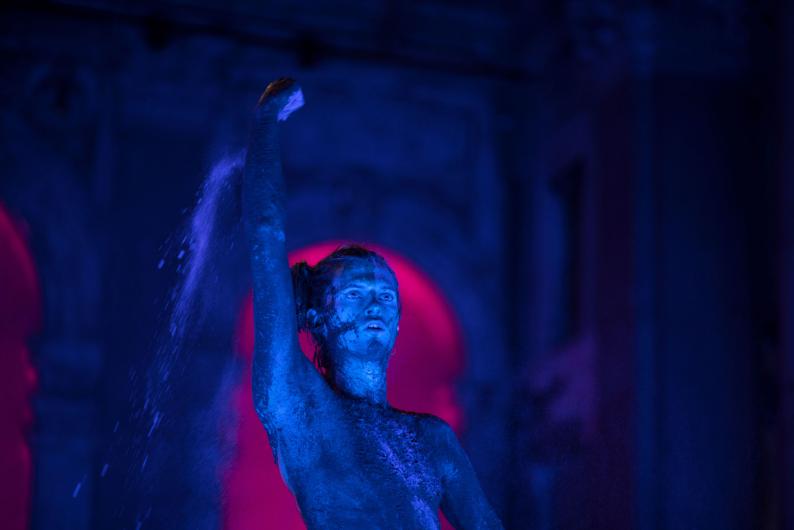 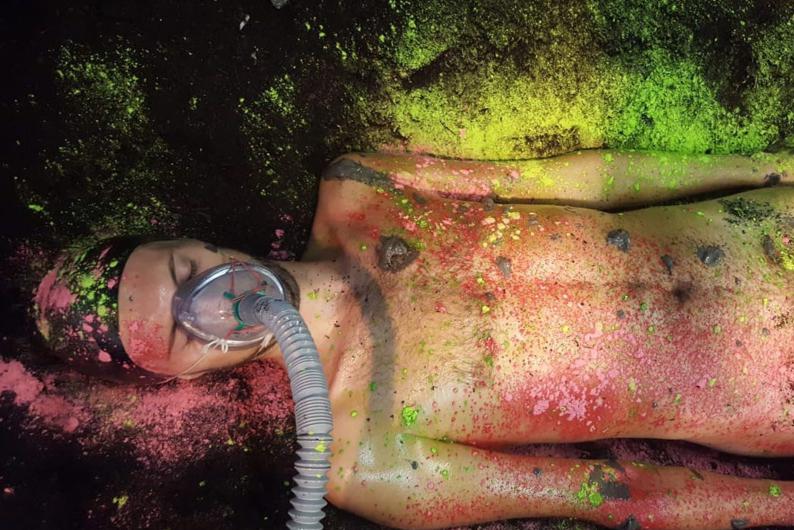 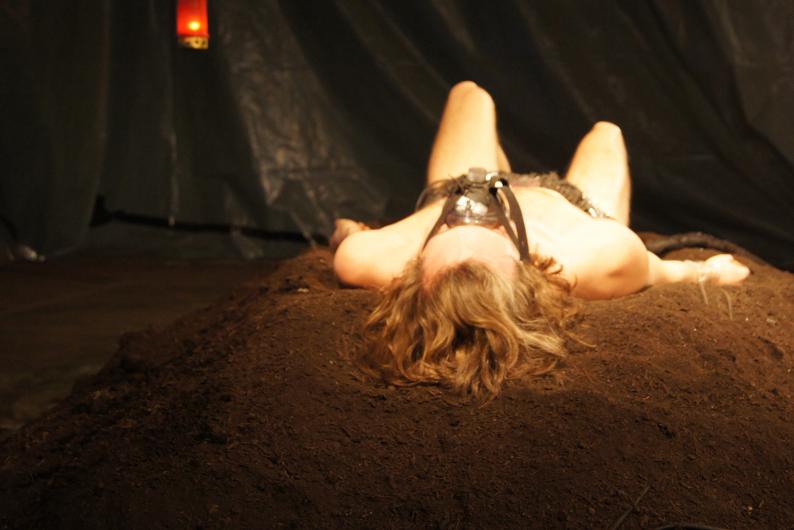 Simon Mayer and Matteo Haitzmann choose a deliberately reduced approach to the opulent form of Catholic requiems and investigate the transformative power of death. Every crumb of soil that covers a dead body liberates it from categories, sexual identities and prejudices which separate humans from one another. The soil is a symbol of transformation – it receives something dead and, at the same time, gives rise to something new.

Combined with music and dancing it is a new type of requiem that evolves, based on various death rituals. Dancer Matteo Haitzmann becomes a soloist in his own, very intimate requiem.

Simon Mayer works as a performer, dancer, choreograph, musician and lecturer. He studied at the Vienna State Opera Ballet School, at P.A.R.T.S. in Brussels and was a member of the Wiener Staatsballett. He featured in productions by Anne Teresa de Keersmaeker/ROSAS or Wim Vandekeybus and went on international tours with his choreographies SunBengSitting, Sons of Sissy and Oh Magic, which have been honoured by numerous awards.

Matteo Haitzmann is a musician, performer and composer. He studied jazz violin and Baroque violin at the Anton Bruckner Private University Linz and performative arts at the Academy of Fine Arts Vienna. He has founded several music ensembles and has appeared at the Musikverein, the Centre Pompidou, the Centre National de la Danse Paris and at Gessnerallee Zurich. In 2017, he was granted a one-year scholarship for performing arts by the Federal Province of Salzburg.

Sixtus Preiss, who was born in Vienna, studied percussion with Howard Curtis and Walter Grassmann. For years, he has been passionately tinkering with sounds, beats and bass and with hand-made microphones and amplifiers. He is a member of Jazzwerktstatt Wien and has co-operated with many renowned artists.

*There will be an audience talk after the performance on 7 December.

A co-production by Kopf hoch and brut Wien. With the kind support of the City of Vienna’s Department of Cultural Affairs and and the the Austrian Federal Chancellor’s Office's Departement for Cultural Affairs. Thanks to Lukas Froschauer, Karl Regensburger, Gessnerallee Zürich, Griessnerstadl and Arbeitsplatz Wien.

*There will be an audience talk after the performance on 7 December.