I don't remember this body

In April, the brut venue in Zieglergasse will be the location for I Don’t Remember This Body, the first collaboration between Vienna choreographer Georg Blaschke and media artist Jan Machacek. In this piece, video art and choreography enter into a performative dialogue which most deliberately includes the venue into its aesthetic concept and choreography dramaturgy. 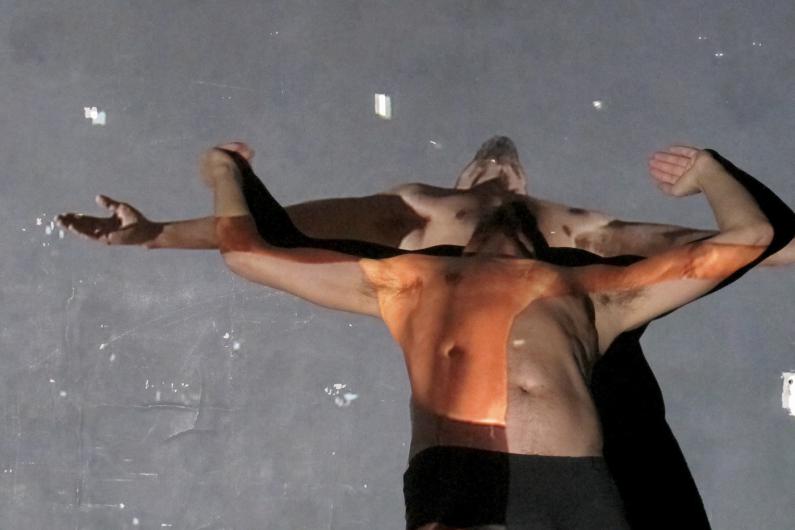 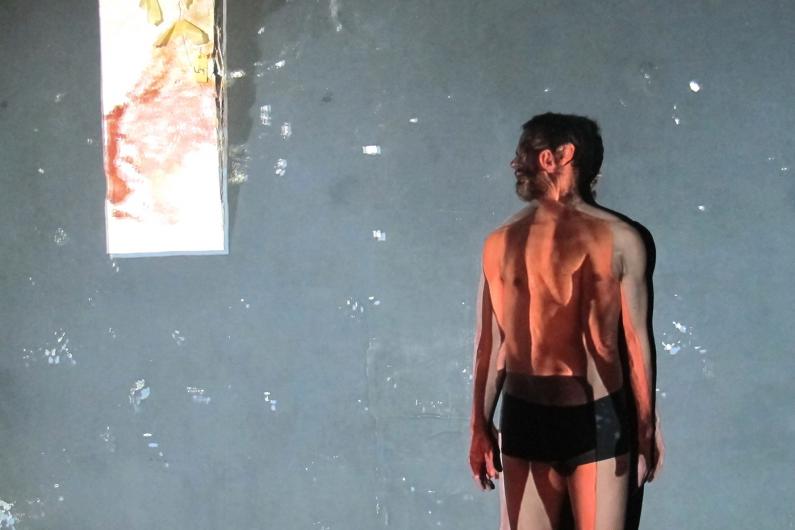 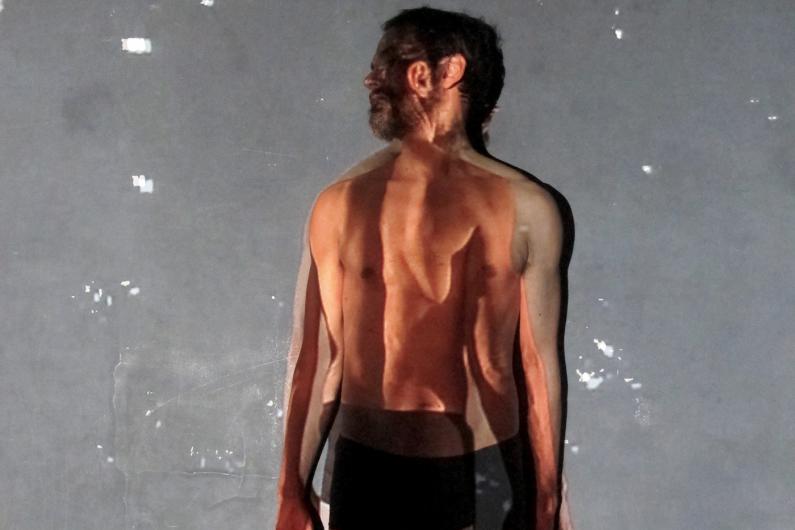 The most essential design principles Blaschke and Machacek use are loops and repeated sequences of movement in order to sense, measure and distort the familiar body and the space around it. Entwining physical action with video material, they play on phenomena of recognition, remembrance and the re-interpretation of presence. The interaction of real events and pre-recorded projections engage the eye of the video artist just as much as the senses of the performer questioning the continuity of his own body. What interests the two artists most in this context is the moment when they reach a certain limit with their own means of expression and the way this limit triggers the other’s reaction.

The premiere of this work was devised in 2017 for Andrea Jünger’s gallery space in Vienna to be performed within an exhibition of works by painter Rudolf Goessl. Now, Blaschke, Machacek and their artistic team are working on a special version of I Don’t Remember This Body for the brut venue in Zieglergasse.

Georg Blaschke lives in Vienna and works as a freelance choreographer, producer and dancer. As a performer and producer of his own works, but also as a university and festival lecturer, he has developed a unique choreographic language scrutinising the links between moved body, material and image in mostly unconventional performance spaces.

Jan Machacek studied sculpture and set design and works at the intersection of media art and performance. His performances and short films have been presented at Tanzquartier Wien and brut Wien, at Mousonturm Frankfurt, at Tanzhaus nrw in Düsseldorf, at Chelsea Theatre and at international festivals such as the Vienna Film Festival, the Sonic Acts Festival Amsterdam and Avanto in Finland. Machacek has been honoured with numerous awards. Most recently, his work as a set and video designer for the two-part show Fantomas Monster was featured in the brut programme.

“[...] Here the virtual pictures dance over the analouge ones as if those would be more real than the others just because they can use the triumph of their flashing, flickering and simmulating. The body of the ghost, which is fed by the device, cannot remember - and he is fully seperated from the one he is reflecting. That is especially comprehensible when Georg Blaschke is dancing an extraordinary duett with the revenant. […] Mr. Blaschke, Mr. Machacek and Mr. Goessl do not make fun of the presumption that the image, the virtual revenant and the digital manipulation of the body could be a loophole into eternal life. No, they clear it off the table relentlessly and masterfully.” Der Standard

“[…] The movements of Georg Blaschke are captured by Jan Machacek's camera and he projects those pictures on the walls in a lagged way. Sometimes they chase the dancer, sometimes the body covers the picture just in time to be overfloded by it a moment later. [...] The abstract painting recieves a new dimension through the dance and the projection. The sound by Oliver Stotz emphasizes the drama, when the actions spread on the surfaces and change them in explosive or meditative illuminations. Much alike the trompe d’oeil of a painter they leave a fleeting metamorphose.” tanz.at

Limited number of participants, please register at tickets@brut-wien.at. Pay as you wish on location.

A co-production by M.A.P. Vienna 2018 and brut Wien. With the kind support of the City of Vienna’s Department of Cultural Affairs.