brut at WERK X-Eldorado
Talk in German language
{The call of the mountains} {Where do you go to} {my Europe?} {Social utopia} 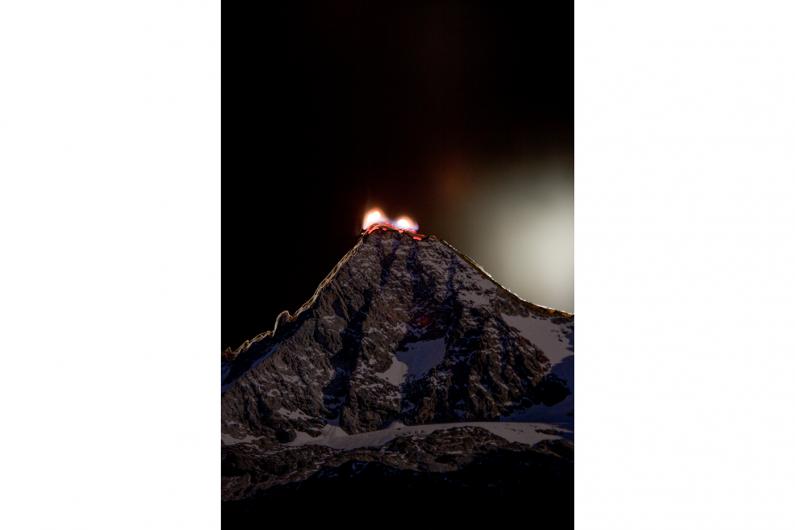 Since the beginning of the millennium, the far right has managed to conquer the European public sphere while staging themselves as democrats. How did it become possible for xenophobic parties to rule several European countries? While borders have become more restrictive on a global level, the alt-right has built a tight network throughout Europe. What kind of strategies do they use?

On the occasion of the premiere of BERGEINS, which deals with the possibility of community and social utopias in times of isolation, Freundliche Mitte calls for a discussion: Representatives from the fields of architecture, politics, journalism and literature will discuss forms of articulation to oppose the attempts of the alt-right to establish themselves as a democratic normality. The talk revolves around space as a political territory. Which spaces enable or prevent solidarity? How can artists confront the recontextualisation of their strategies and the appropriation of language? A call to form gangs!

In February, Freundliche Mitte will postulate a society of the many. Mountain One is a walk-through installation of sound and image – the archive of a society between retreating and running. The basis for their walk-through installation is work with several associations in Vienna, from a senior club to a scout group, and extensive research on projects of community housing in Vienna and utopian concepts of organising cohabitation. The interior of Mountain One links the narrative of a community inside the mountain with documentarian footage, blurring the lines between fiction and European reality. Is this mountain a utopia or a refuge? Is it a way of running away or walling off? And does it still exist, this so-called Outside?