brut at WERK X-Eldorado
Performance / Installation world premiere in German language
{The call of the mountains} {Where do you go to} {my Europe?} {Social utopia}

In February, Freundliche Mitte will postulate a society of the many. Mountain One is a walk-through installation of sound and image – the archive of a society between retreating and running. 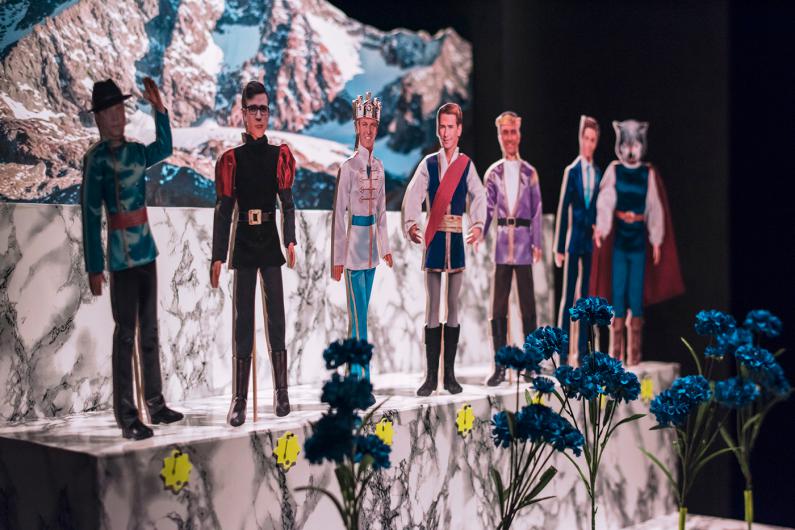 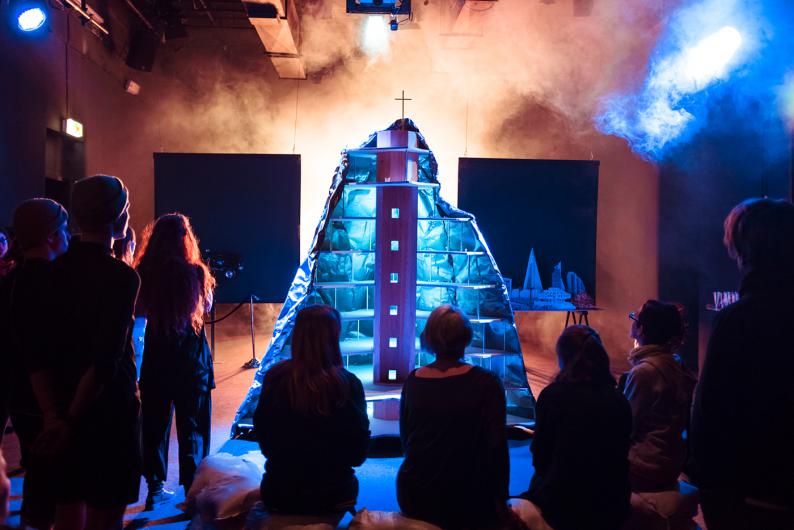 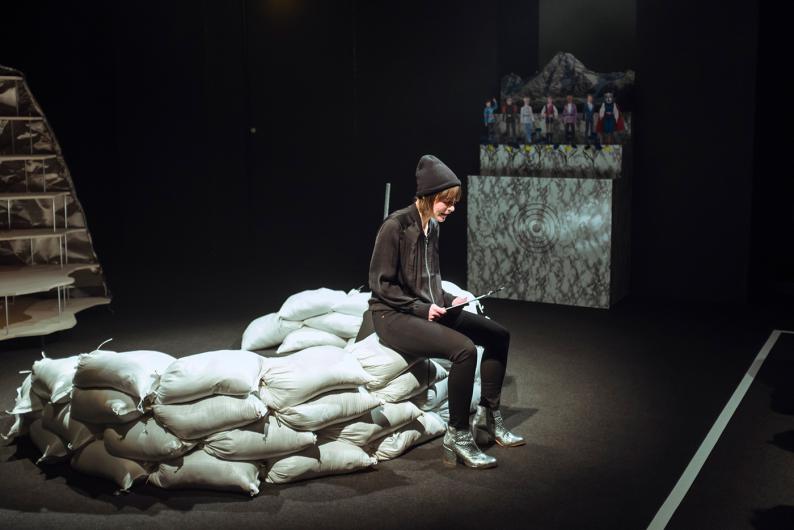 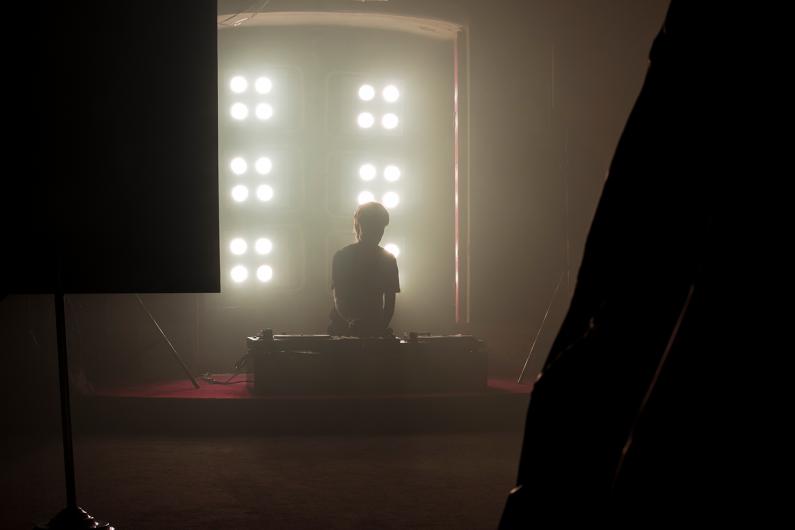 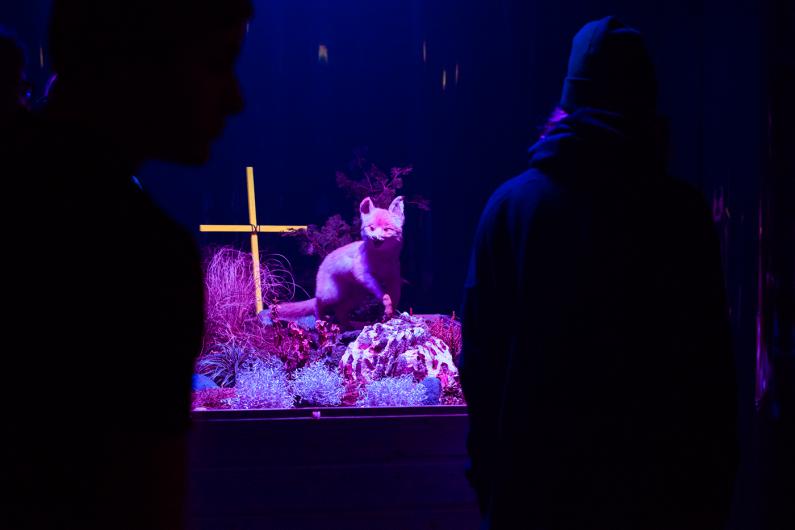 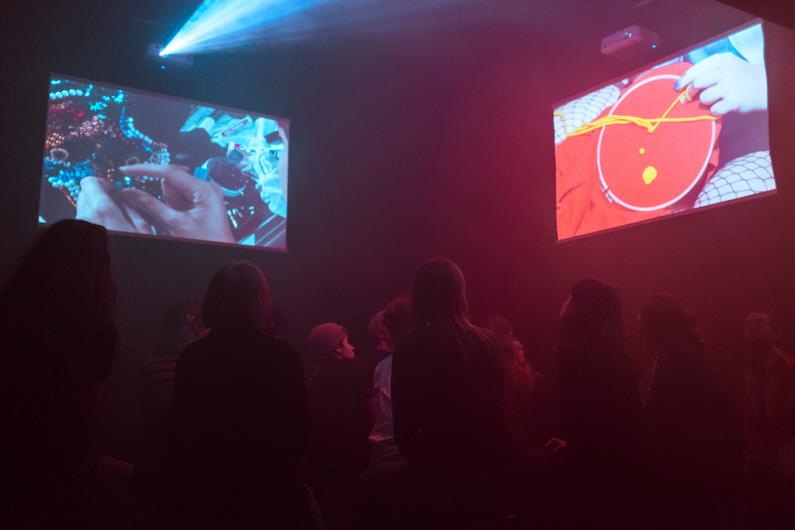 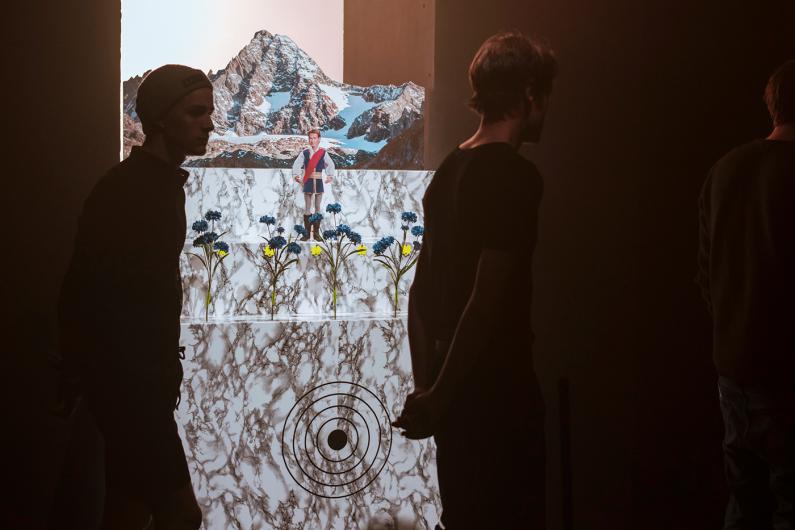 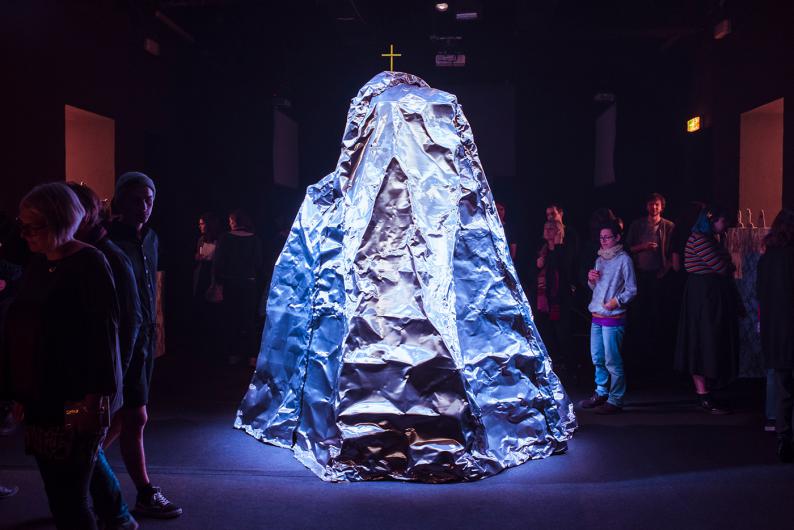 In Autumn 2017, Austria voted – and it voted the right wing: Besides a former center party using right wing rhetorics, with the FPÖ, politicians with open vicinity to right wing extremism are part of the government. From paramilitary exercises to Holocaust denial, from a policy of social exclusion to a self-staging as “the new Jews”: the right wing knows how to paint perpetrators as victims. Its representation of itself and the world is gaining popularity, not least among young people. Shouting out their goal to “defend Europe!”, the Identitarian movement fights against a multicultural mix and in its stead for the “genuine Austrian”. But who is this genuine Austrian? Certainly a man! What about female and transgender Austrians? Where exactly do the limits of society lie and who decides who is allowed to be part of it?

It is here that Freundliche Mitte and their new project pick up. In various steps, they deal with the hot topic of how to live together as a society and as a community. The basis for their walk-through installation is work with several associations in Vienna, from a senior club to a scout group, and extensive research on projects of community housing in Vienna and utopian concepts of organising cohabitation. The interior of Mountain One links the narrative of a community inside the mountain with documentarian footage, blurring the lines between fiction and European reality. Is this mountain a utopia or a refuge? Is it a way of running away or walling off? And does it still exist, this so-called Outside?

The performance collective Freundliche Mitte (“Friendly Centre”), established in 2011 by writer Gerhild Steinbuch, set designer Philine Rinnert and actor Sebastian Straub, have chosen to work without the authority of a director. Most recently, they showed their project Finsternis (“Darkness”) on colonialism at brut. Other mutual works were created at steirischer herbst in Graz (Am schönsten ist das was bereits verschwunden ist, “The most beautiful is that which has already vanished”) and Garage X in Vienna (Previously On).

The collective Freundliche Mitte calls for a symposium on the occasion of the premiere of MOUNTAIN ONE, a piece dealing with the possibility of community and social utopias in times of exclusion and compartmentalisation. The symposium will revolve around a debate on how to find common forms of articulation in the face of the massive swing to the right in Europe and the United States. How can that right-wing “We”, which is founded on exclusion, be countered collectively? How can artists respond to the appropriation and re-contextualisation of artistic means and the usurpation of language by right-wing extremists? And how can we form alliances beyond the “art bubble”? A call to form gangs!

A co-production by Freundliche Mitte, brut Wien and uniT Graz. With the kind support of the City of Vienna’s Department of Cultural Affairs, the City of Graz and the Styrian Provincial Government.