Are You as tired of all this as we are?
wouldn’t it be great to get away from it all, but really, get away?
With SoulScan, you CAN!
Come and join us in Cloud 9, the space for adventurous people to live! 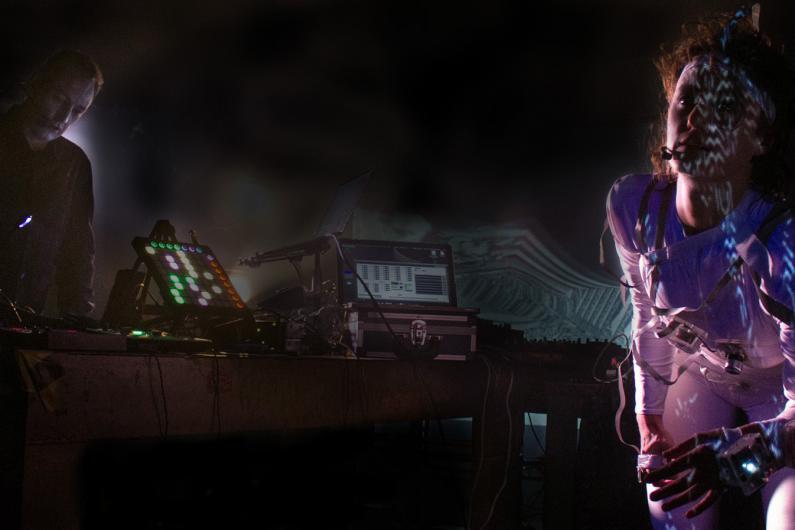 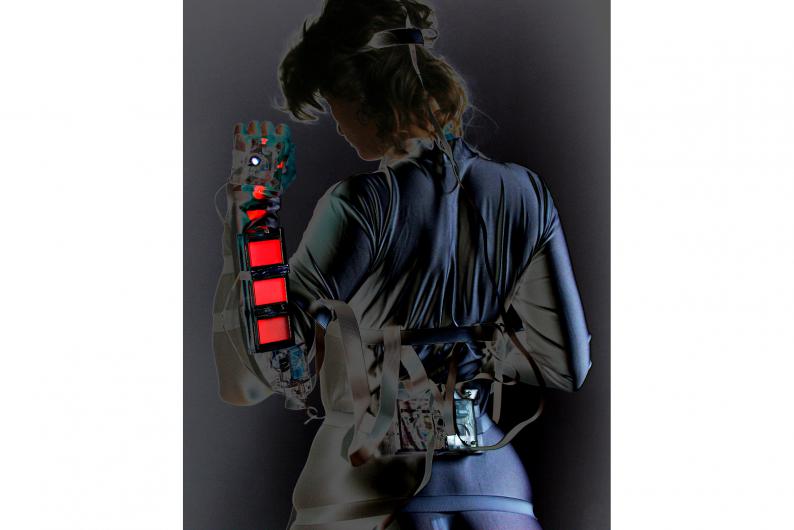 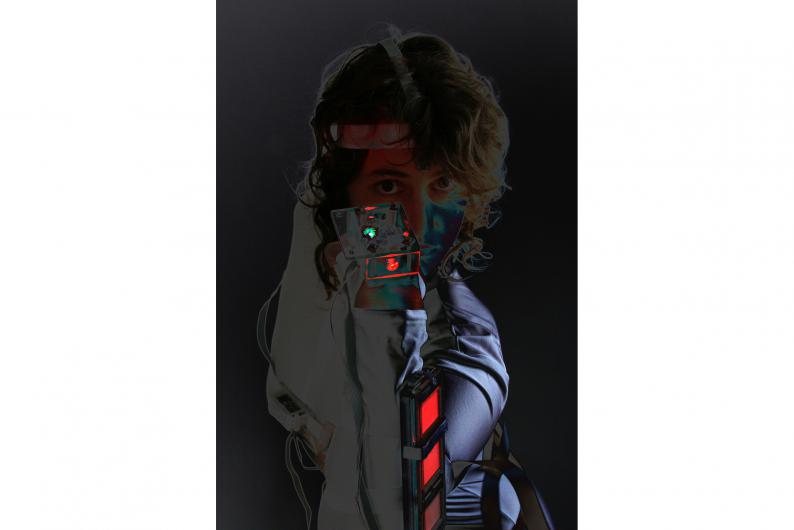 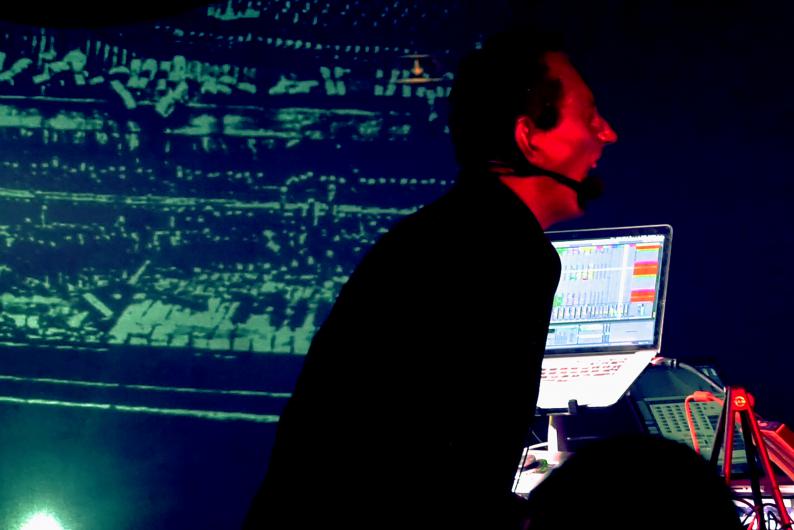 TEK MATER is an electronic opera, uncultured but still elegant, aggressively confident but still subtle, wildly frantic but still charming. Performance artist Lena Wicke-Aengenheyster aka Monsterfrau and techno music artist Simon Carter aka Crystal Distortion unfold scenes of a story set in the near future that deal with the technological principle of singularity.

Inspired by the research of scientist Ray Kurzweil, the two artists juxtapose technology with the human factor and computer-based power with organic life. The result is an audio-visual live performance offering potentials for living out spirit, body and soul in a digital reality.

Performance artist Lena Wicke-Aengenheyster aka Monsterfrau has been focussing on body and movement as a choreographic musical instrument for several years. The development of her analogous sound costume involving countless faders and spin controls all over her body was awarded a prize at the 2013 donaufestival. 2014 then saw her development of a digital costume which enabled her to play software instruments through movement with the aid of motion sensors on the body. Musician Simon Carter aka Crystal Distortion has been known in the techno universe for more than 20 years, while also working as a developer and programmer for companies such as SampleMagic, Ableton, Propellerhead and Arturia.

Following the performance, Austrian Apparel & Nick Jacobs will play at Grelle Forelle. For the visitors of TEK MATER, the admission to this event is free. https://www.facebook.com/events/1530570243699928/

A co-production of STAATSAFFAIRE and brut Wien as well as moë Wien. With the kind support of the City of Vienna’s Department of Cultural Affairs. Dank an mo.ë.

Following the performance, Austrian Apparel & Nick Jacobs will play at Grelle Forelle. For the visitors of TEK MATER, the admission to this event is free. https://www.facebook.com/events/1530570243699928/