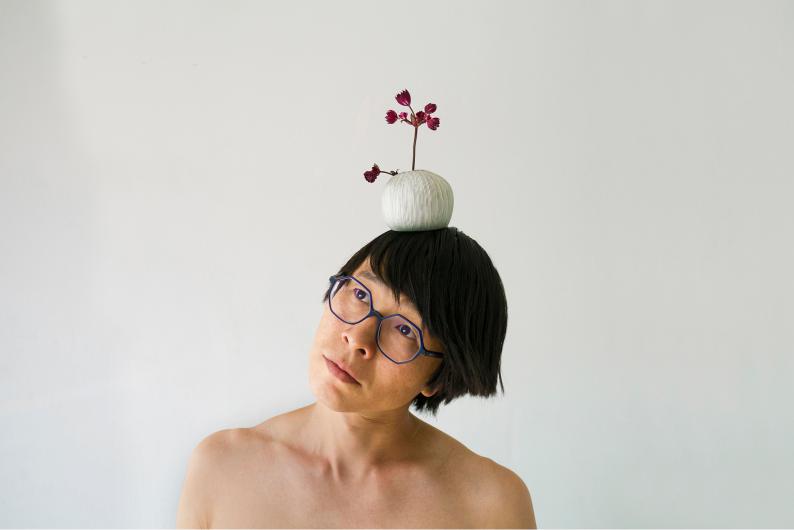 The performance For Now deals with the ephemerality of our life and our being together. In his new piece, Michikazu Matsune, whose performances often deal with sensitive aspects of our society, develops choreographic narrations correlating words, objects and actions. Poetically yet sharply he tells of the transience of our sense of community – in the case of performance as well as life in general.

For Now revolves around the magic moment of our present where things come together and dissolve again. Michikazu Matsune reflects upon the world we live in, with its imperfect condition and unsolved problems. For Now is a place of transition. We are not here, nor there, but in between.

The performance is part of a project series Michikazu Matsune created in reaction to the death of his parents in recent years. Beside his current project Homesick Festival, For Now continues his analysis of belonging and togetherness on the stage.

Michikazu Matsune’s works meander between performance, dance and visual art and are often characterised by absurdist approaches with subtle humour. For brut, Matsune has produced a number of projects in the past years, most recently the successful internationally touring performance Dance, If You Want to Enter My Country!

A co-production of Michikazu Matsune and brut Wien. With the kind support of the City of Vienna’s Department of Cultural Affairs.

* On saturday 18 November, brut takes part in the European Night of Theatre. Because of that, the entrance at this day will be pay as you wish with a recommendation of 16 €! If you want to be sure to get a seat, please reserve your ticket by sending an email to tickets@brut-wien.at. Reserved tickets need to be collected at the box office until 30 minutes before the performance begins.