Home of the Not so Brave

Stories from Apartment No. 12 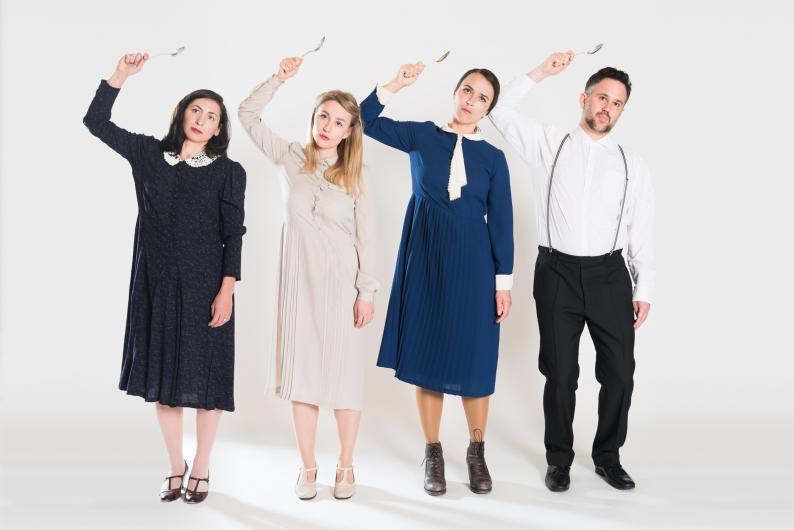 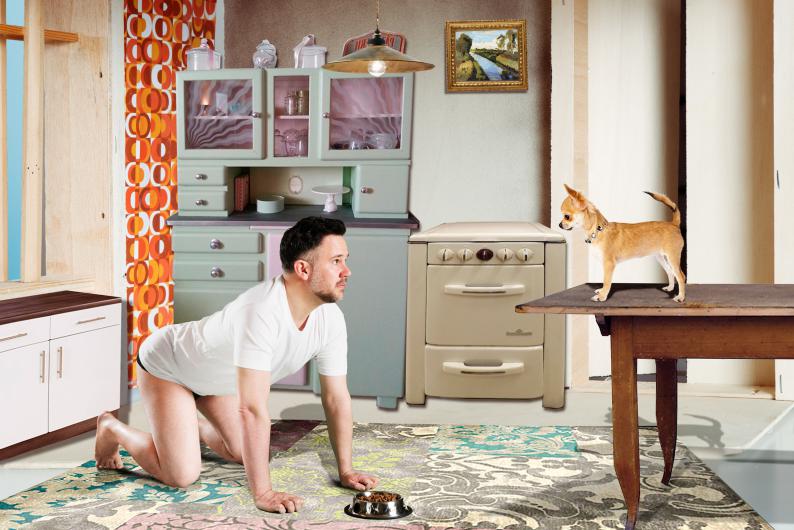 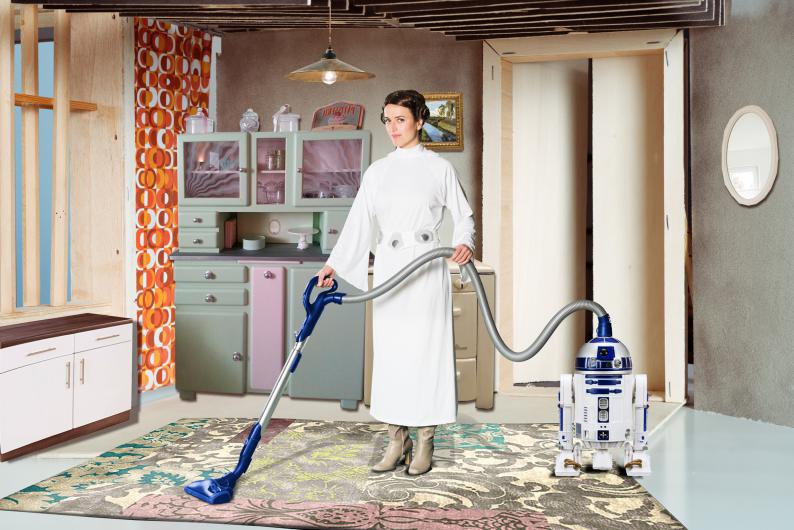 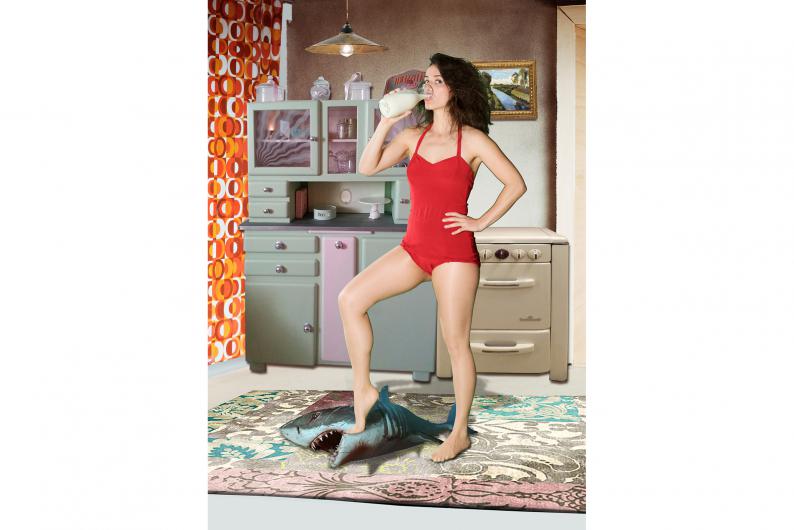 The heroine of toxic dreams’s new play is a flat: one of those simple, unspectacular flats in one of those turn-of-the-century Vienna houses with its high ceilings and double doors. The protagonist has the number 12, third floor, 98 square metres.

Home of the Not So Brave documents the lives of the tenants of no. 12 over several decades. It is a detailed account of their trivial lives at their respective times, a mingle-mangle of human absurdities. The only thing these people have in common is this flat, otherwise they could not be more different: a Jewish family in 1930, a single man in 2016, a lesbian couple in 1970, two women in 2015, an anonymous tenant from an unidentified time, a neighbouring woman’s dead dog. Layer by layer, the characters reveal themselves and their dense web of imagined and potential relationships to the audience,

The play is constructed like a jigsaw puzzle for spectators. Aspiring to conflate our own lives into a coherent whole, we are all constantly looking for a fitting part, a missing link, a discovered blind spot to fill voids with meaning. With this performance, everybody has the chance to pursue this desire and to put together the pieces of the puzzle that is the story of flat no. 12 until they become their own story.

The company toxic dreams was established in Vienna in 1997. In multiannual work cycles, the group has presented more than sixty productions of rather hybrid character. The core team surrounding the founders, Yosi Wanunu and Kornelia Kilga, consists of the players Anna Mendelssohn, Susanne Gschwendtner and Markus Zett as well as the musician and video artist Michael Strohmann. In addition, toxic dreams regularly invite artists from all areas of art to work with them.

A production by toxic dreams in co-operation with brut Wien. With the kind support of the City of Vienna’s Department of Cultural Affairs and the Austrian Federal Chancellor’s Office.

No pre-sale! Tickets are only available via tickets@brut-wien.at.