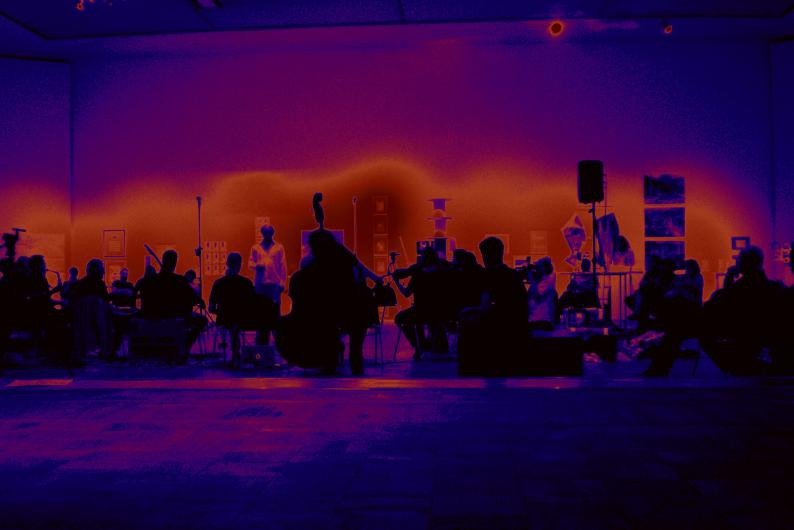 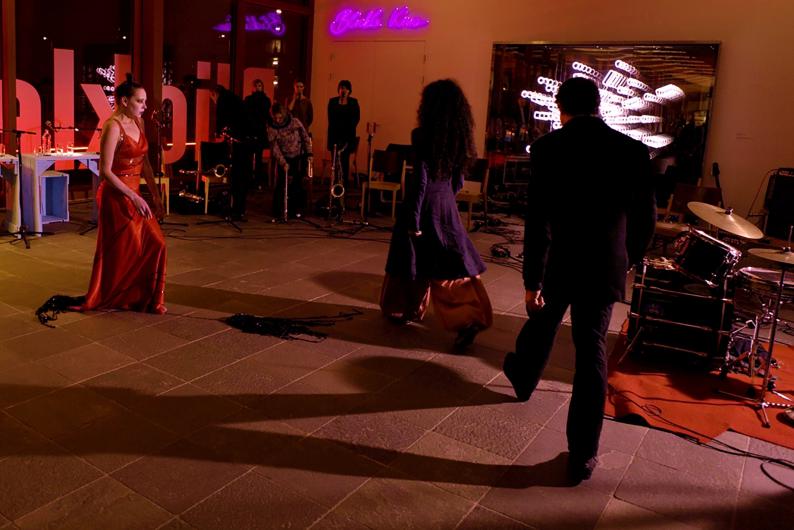 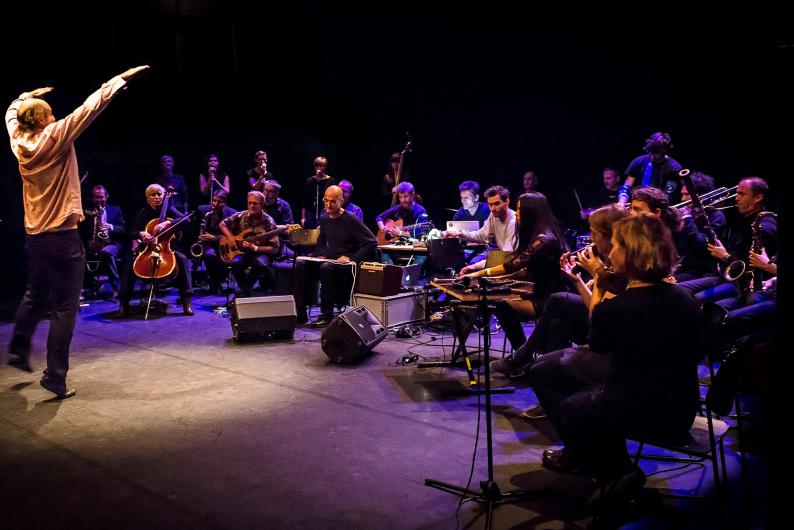 Since 2004, the Vienna Improvisers Orchestra has been the first big ensemble in Austria to represent a specific form of experimental composition and complex improvised music, thus entering a discourse on novel concepts of sound organisation. Ad-hoc designed structures conveyed via hand signals and co-operations with authors of experimental literature are the most characteristic features of the orchestra’s unpredictable soundscapes. In a complex web of relations in terms of both content and agents, an area of tension is opened that allows self-referential collective phrasing and shaping of musical texture and process. Michael Fischer, who launched the Vienna Improvisers Orchestra in 2004, has worked as an instant-composition conductor with improvising orchestras and temporary mega-ensembles in Europe, the United States, Canada and Japan. After his fulminant brut-premiere in November 2015, the Vienna Improvisers Orchestra ignites this time with Ferdinand Schmatz linguistic fires with his orphic sketches, then, out of silence, a performance of Marion Steinfellner (Kazuo Ohno, Charlotte Ikeda), whose spin will be in turn runway for the exploartory widnesses of the Vienna Improvisers Orchestra.