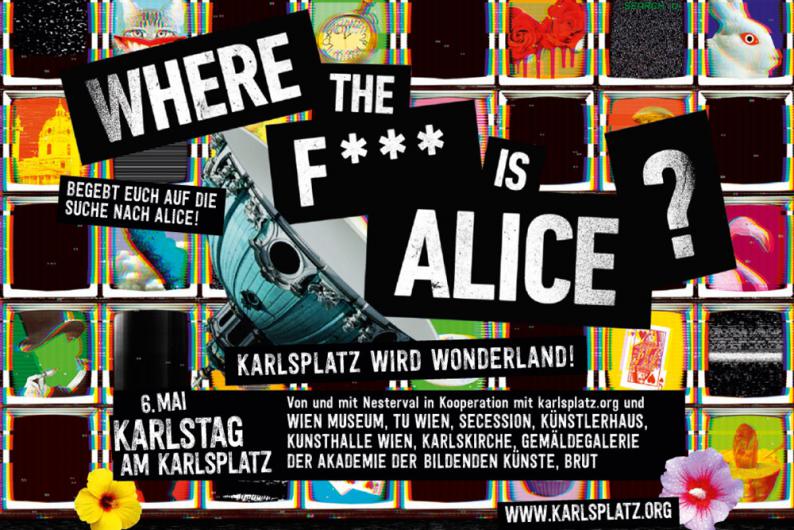 The Vienna performance group Nesterval ingeniously combines elements of immersive theatre with more classic playing methods and multifarious stories. For one night in March 2016, Nesterval transformed the entire brut venue into the ancestral home of the Nesterval family, staging a grotesque ball night.

Now we shall meet Nesterval again as part of Karlstag in May. In a co-operation between karlsplatz.org and the other art-related, cultural and educational institutions located around Karlsplatz, Nesterval weaves a complex web of stories and cross-relations. The audience will embark on an urban performance adventure to meet the various venues and become entangled in a Nesterval story about Karlsplatz.

The Nesterval cast, counting more than 25 people, includes performers, drag artists, actors and extras, who all gather in different formations and roles to outline the history of the Nesterval family, often involving spectators as crucial participants of the play. Nesterval’s portfolio ranges from the real-life Super-Mario street game to horror adventures set in abandoned office buildings to new interpretations of classic mystery stories in the style of Agatha Christie or Alfred Hitchcock, each with a specific place serving as a venue. In addition to their ten public urban adventures, Nesterval have staged several commissioned works and appeared as guests of the 2015 steirischer herbst festvial with their piece The Return of Eleonore Nesterval.

Attention: reservation for tickets are not possible via brut, but only via info@nesterval.at!

By and featuring Nesterval

Attention: reservation for tickets are not possible via brut, but only via info@nesterval.at!