»I watch the dancers. There is something I don’t understand. I wonder why the concept of movement involved in eliminating borders thrills me so. The boom energy that gets discharged triggers something existential in me, both when I am watching and when I am dancing it. That’s what I’m trying to pin down.« (Doris Uhlich) 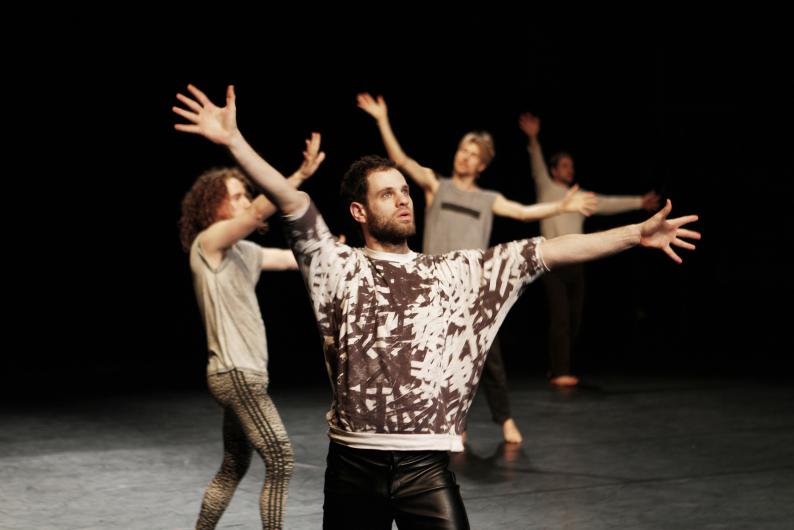 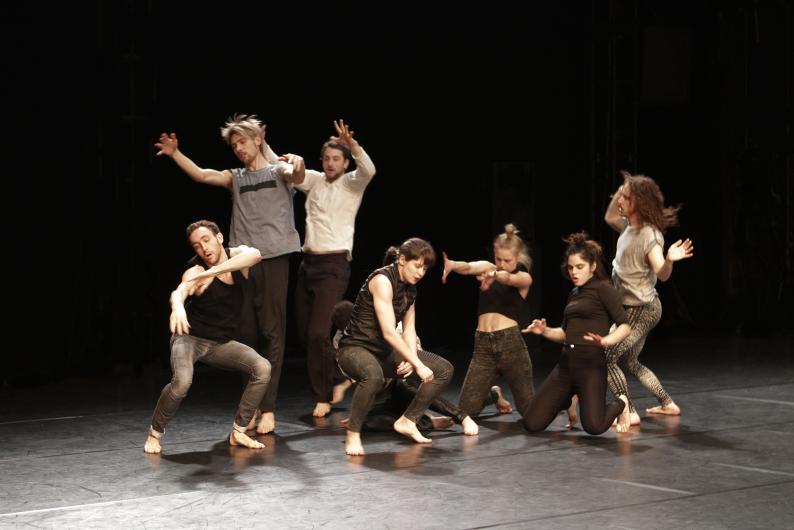 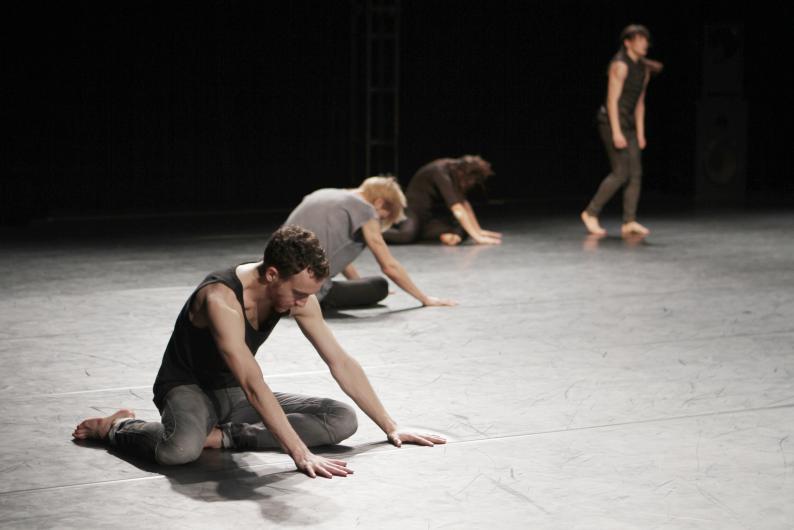 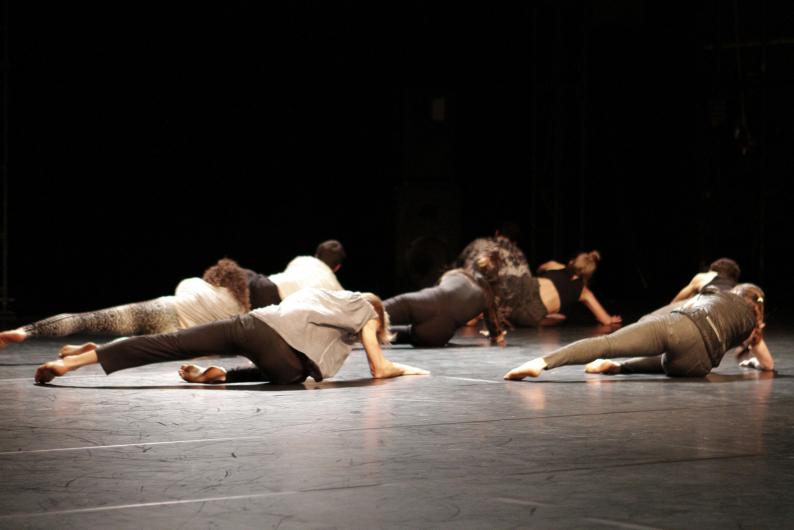 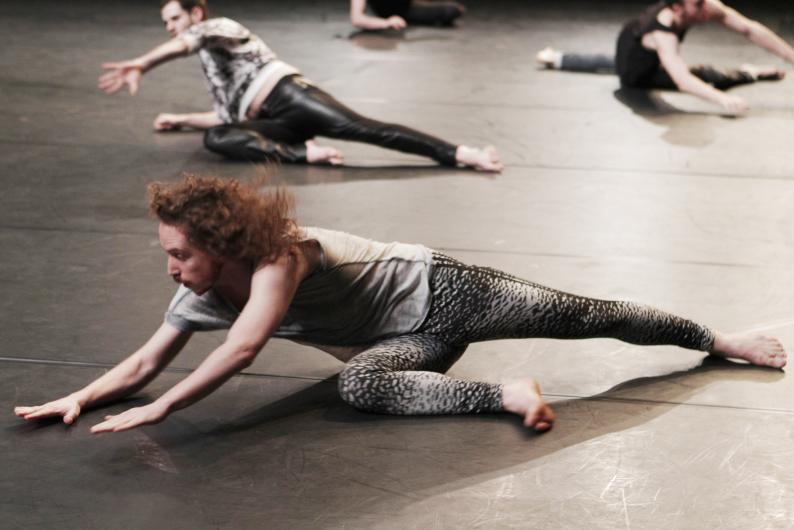 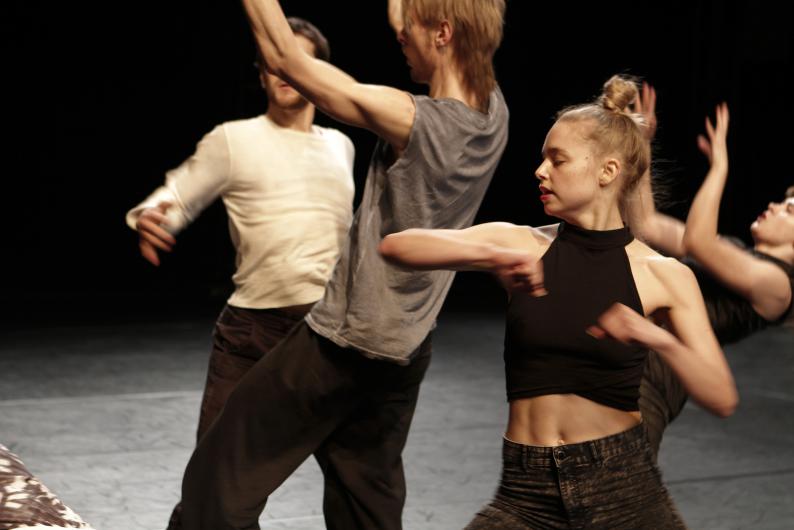 In her latest production, Doris Uhlich is interested in global problems of society such as fear and anxiety: emotions which take control of the human body, often inhibiting us and leading to a tendency to withdraw. With the aid of a specially developed dance technique, dedicated to opening up and exuding energy, she tackles precisely these spaces of fear and enclosed systems. In Boom Bodies the dancers’ bodies act as the epicentre of action and change, as a physical valve, with the aim of understanding the complex present as a moving body. For this purpose Doris Uhlich creates a high-energy choreography driven by the pulsating sound of DJ Boris Kopeinig. His techno beats immerse space, putting the eight dancers in a collective frenzy of motion that takes them to their physical limits. Individually and yet always together, they demand everything of their bodies, as if battling against bodily, social or political boundaries. Boom Bodies is a project that sets both the stage and the audience swinging, with the choreographer trying to achieve a loud, powerful and life-affirming reaction to the here and now.

Doris Uhlich studied Pedagogics for Contemporary Dance at the Vienna Conservatory, was an actor in Theatercombinat 2002-2009 and since 2006 has been developing her own projects. She was Exceptional Young Choreographer in the 2008 Ballettanzyearbook and Dancer of the Year in 2011 and 2015 in the journal Tanz. In 2013 she received the Outstanding Artist Award from the BKA in the Performing Arts category. Her productions include Und (i.a. Dietheater Künstlerhaus 2007), Spitze (i.a. Brut / Vienna 2008), Mehr als Genug (i.a. Les Subsistances / Lyon 2009), Rising Swan (i.a. Brut / Wien 2010), Uhlich (i.a. Wiener Festwochen 2011), Come Back (i.a. Steirischer Herbst 2012), More than Naked (i.a. Impulstanz 2013) and Universal Dancer (i.a. Brut / Vienna 2014).

In April, Tanzquartier Wien and brut join forces for FEEDBACK and present a common selection of dance and performances made in Austria. International curators as well as the local audience can get an overview over current productions from the free dance and performance scene and discover quite some insider tips from the perspective of Tanzquartier Wien and brut.