Following their last work Fortress/Europe, Moritz Majce and Sandra Man continue their search for an alternative kind of viewing in Narciss Echo. In an interdisciplinary choreography in space, using elements of visual art, dance and theatre, the two artists take the legend of Narcissus as their source for an interplay of listening and watching that extends beyond themes like the search for oneself and identification. 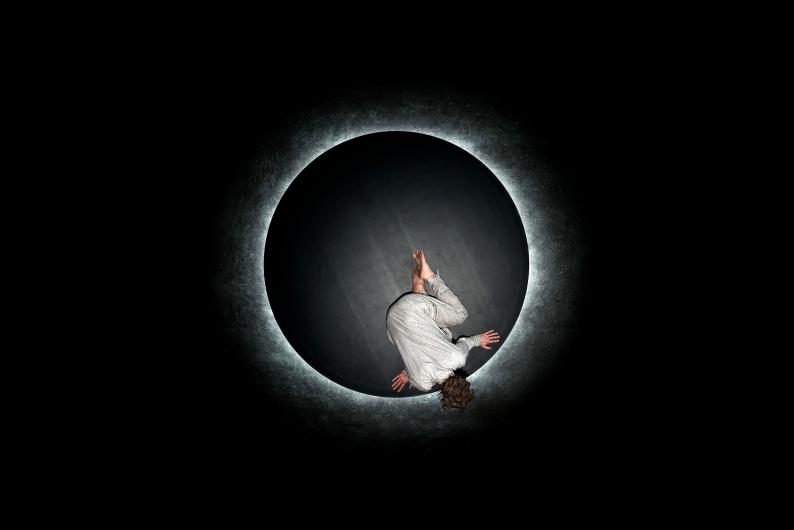 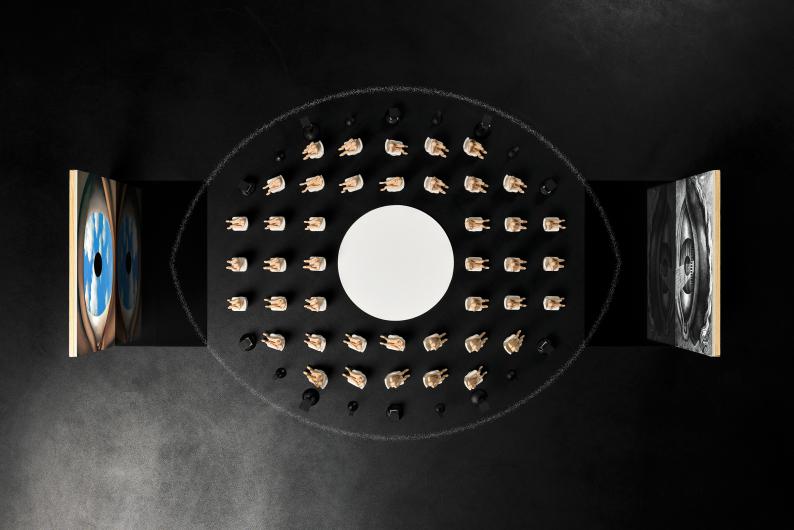 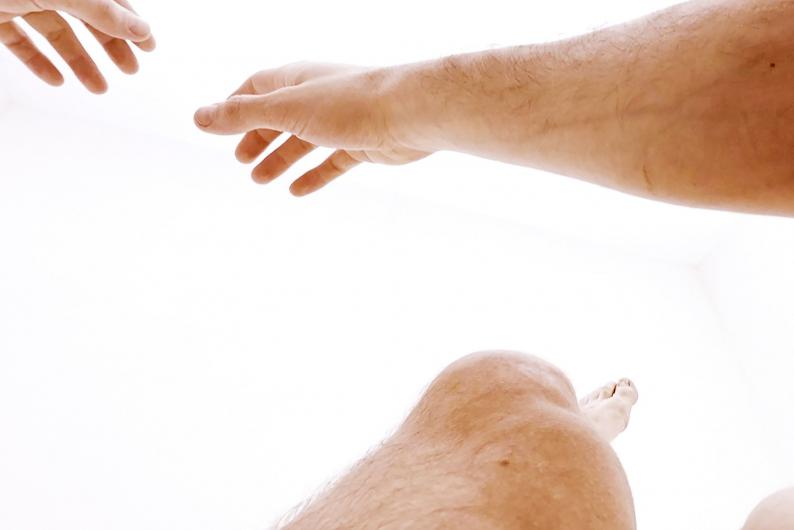 The story of Narcissus is a portrait of a young man who falls in love with his own image in the mirror and dies. It is also the story of the nymph Echo. She falls in love with Narcissus and gets rejected by him. In her pain, she transforms into a cave in which every sound echoes. The echo chamber, that is, is an integral part of narcissism. But self-reference requires transformation. This is where Narciss Echo comes in and transforms the space in which both spectators and artists reside into a cave. The cave becomes a place for change as monologue and solo performance, resonance and reflection, gaze and voice, words and images move around, with and next to one another. This way, a connection to the myth is made while utter self-reference is addressed as a symptom of our present.

Moritz Majce, originally a visual artist, lives and works in Vienna and Berlin. His works deal with viewing as a spatial experience. Sandra Man lives and works in Vienna, Berlin and Obervellach as a poet and choreographer. Her focus is the relationship between text, voice and space. Based on devices from visual art and literature, Moritz Majce and Sandra Man in their joint projects try to refine their understanding of choreography as art in space. For several works now, they have created their own genre of “spatial choreography”. They are currently working on Choros, a choreographic series dealing with choruses and outer(-worldly) space. www.moritzmajcesandraman.com

A co-production by Moritz Majce + Sandra Man with imagetanz/brut Wien and Tanzfabrik Berlin. With the kind support of the City of Vienna’s Department of Cultural Affairs (MA 7) and the Capital Culture Fund Berlin (HKF). Thanks to Nir Vidan and Enrico L’Abbate for their collaboration in terms of and an E35 Shop www.e35shop.com for Charlie Fouchier’s outfit.